A Guide to Dutch Levenslied Music

Joyous, honest and irresistible, levenslied is a wonderful genre of pop music that originates from the Netherlands, where it’s considered something of a national soundtrack.

Capturing the everyday lives, loves, feelings and emotions of working people, levenslied inspired the people of Amsterdam and other Dutch cities to find joy and happiness in the wake of WWII – helping them believe in a brighter future.

Experiencing traditional levenslied is one of the many joys of visiting the Netherlands, particularly Amsterdam, where the genre originated. Here, we unearth the history and legacy of the genre, and explore some of the best places where you can hear it in the Dutch capital.

The Story of Dutch Levenslied 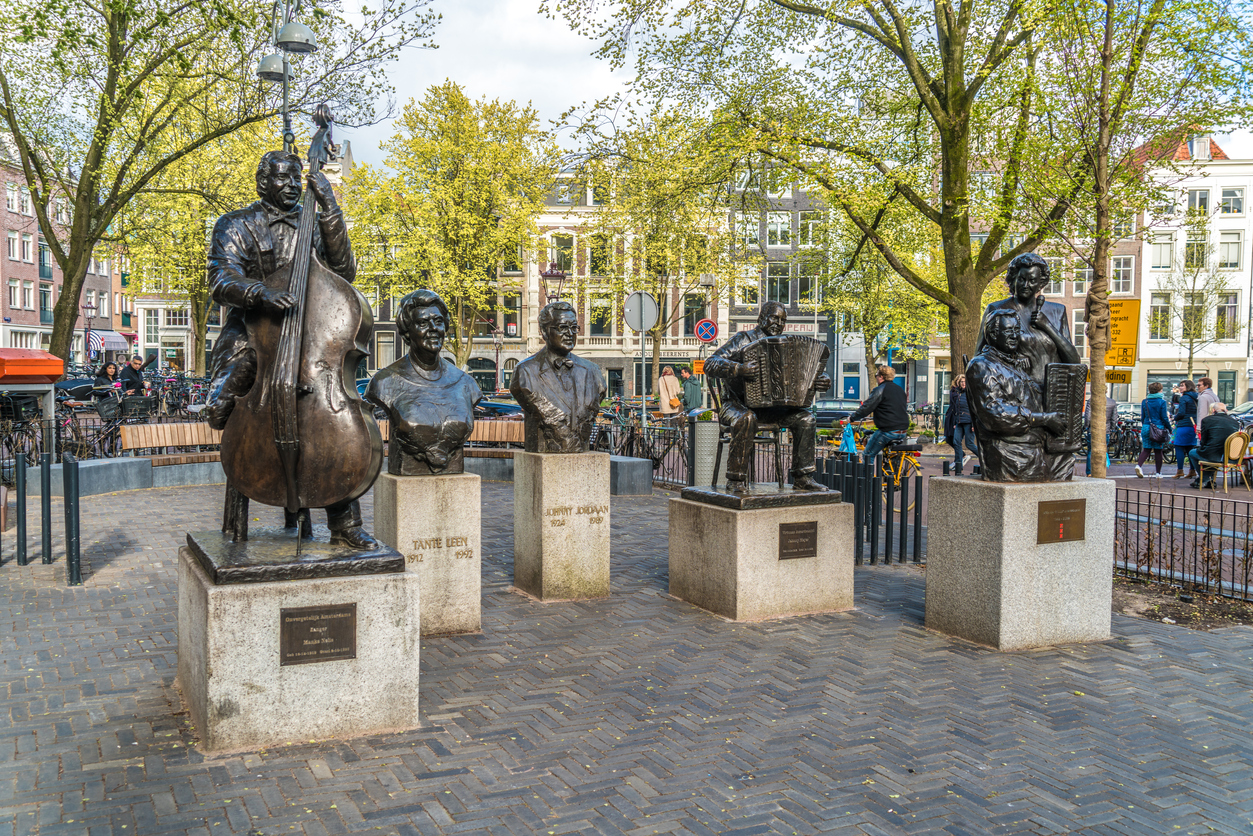 Dutch levenslied is believed to be a national off-shoot of the schläger musical genre, which was popularised throughout Germany and the Low Countries in the 19th and early 20th centuries. Schläger is considered one of the earliest forms of pop music, comprising of simple, sing-along melodies and lyrics that focus on love, nostalgia, feelings and emotions.

Levenslied, which has risen to become the national soundtrack of the Netherlands, is thought to have been introduced around 1908, and its creation is often associated with two musicians: Jean-Louis Pisuisse and Max Blokzijl. While Pisuisse and Blokzijl were undoubtedly inspired by schläger, borrowing many of its features, the music they performed and promoted was different, and more similar in some respects to French chanson – which has been popular across western Europe since medieval times.

In Dutch, levenslied literally translates as ‘song of life’, and that’s exactly the sort of feeling that traditional levenslied ballads try to capture. These are optimistic, uplifting songs about everyday life, particularly among the working classes, and are intended to capture a sense of hope, innocence and positivity.

While levenslied grew steadily in popularity in the early part of the 20th century, it wasn’t until after WWII that the genre really came into its own. Buoyed on by a renewed sense of national pride and hope for the future following the war, levenslied was the genre local people looked to for hope, joy and stimulation – particularly in the working-class enclaves of Amsterdam. One popular musician who changed the face of levenslied was Johannes Hendricus van Musscher, a singer, born in Amsterdam, who became affectionately known – and later adopted the official stage name – of Johnny Jordaan. Jordaan is a district of Amsterdam which, following WWII, had some of the highest poverty rates in the Netherlands. Inspired by the neighbourhood and its stories of tumult, sadness, hope and redemption, Hendricus van Musscher wrote many songs about Jordaan in the levenslied style, and is today regarded as one of the forefathers of modern levenslied.

It’s safe to say that Johnny Jordaan transformed levenslied, bringing the genre to the ears of people right across the political landscape of the Netherlands for the first time. His song Geef mij maar Amsterdam is among the most popular of the levenslied genre, and is one that local people really identify with – particularly in the traditional levenslied bars of Jordaan and other parts of the Dutch capital.

With Johnny Jordaan paving the way for modern Dutch levenslied, the genre grew and developed rapidly in the post-war years – adapting to different musical styles and trends just like other genres of pop music. From acoustic ballads traditionally accompanied by an accordion to the rock ‘n’ roll style made popular in the 50s and 60s, levenslied has changed a lot over the last century, but all versions of it remain true to the original style which was concerned with capturing the sentimentality, love, nostalgia, feelings and emotions of real people in Dutch society.

The Sound and Style of Traditional Levenslied Levenslied is associated with many musical styles, crossing genres just like other forms of western popular music. In the early days of levenslied, when it was still closely linked to German schläger, it predominantly featured a solo singer accompanied by an accordion and, occasionally, an acoustic guitar.

Following WWII, when other musical genres began to emerge and rock ‘n’ roll music was imported from the USA, acts like Johnny Jordaan incorporated elements of these new styles into the levenslied genre. For the first time, levenslied featured full musical arrangements, with guitars, percussion and other contemporary instrumentation. This marked a shift towards levenslied becoming much more mainstream, and it was quickly adopted as the most popular genre of the Netherlands.

Since the 50s and 60s, levenslied has adapted to changing musical trends – from the power ballads of the 1980s to the synthesiser-backed pop songs that continue to drive the genre forward today. Despite this development, elements of original levenslied remain, particularly in the lyrical content of the songs. Musicians still aim to capture a sense of national pride, optimism and a portrayal of local people – and this is what makes the genre so universally popular across the Netherlands today.

Revel in the joy and spirit of Dutch levenslied in Amsterdam, one of the many illustrious destinations featured on our luxury Rhine river cruises. Download the latest Scenic river cruise brochure to find out more about our itineraries through Amsterdam, or call us on 0808 271 5355 to start planning your next getaway.

Rhine Highlights
Amsterdam to Basel
Starting out with a flourish in Amsterdam, and ending in Basel this is an itinerary that takes in the sweeping splendours of Europe.
8 day
From (GBP)
£ 3,345
£ 2,595
Discover

Gems of the Danube
Nuremberg to Budapest
Discover the historical wonders of Europe on a 8 day cruise from Budapest to Nuremberg. Enjoy ultimate luxury on an all-inclusive 5 star Scenic Space-Ship.
8 day
From (GBP)
£ 3,295
£ 1,845
Discover

Idyllic Rhône
Chalon-sur-Saone to Avignon / Tarascon
You’ll have time to explore the cities of Avignon and Tarascon at leisure. Perhaps take a trip to Avignon Cathedral and Alpilles Natural Regional Park.
8 day
From (GBP)
£ 3,520
£ 2,070
Discover

Highlights of Normandy & the Seine
Paris to Paris
Cruise the sensational Seine on our 8-day round-trip from Paris. Explore magnificent châteaux, quaint sea side towns and the heart-warming war memorials.
8 day
From (GBP)
£ 3,570
£ 2,820
Discover