A Journey Around Europe in 14 Cheeses

From the alpine pastures of Austria to the historic Dutch town of Edam; Europe’s love of cheese has endured for over a thousand years, and has produced some of the world’s most beloved varieties — from classic French brie to indulgent Bavarian blue.

No matter where your cheese loyalties lie, a trip to Europe presents the perfect opportunity to sample the continent’s finest selections. Here, we take a country-by-country look through some of Europe’s most iconic cheeses, giving you a taste of the foodie treats you can expect during a luxury river cruise from Scenic.

Where else to begin our European cheese odyssey than France, whose passion for cheese is utterly infectious. From the bistros and boulangeries of Paris to the historic crèmerie of Lyon, here are some of the finest cheeses you can sample during a French river cruise.

Camembert is easily one of France’s most celebrated cheese exports, and for good reason. Originating in the historic villages of Normandy; this rich, soft cheese is often served warm with a side of crusty bread, for the perfect sharing appetiser or indulgent main. Though imitated around the world, nothing compares to the taste and texture of authentic Camembert from the contrôlée region of Normandy. Here, the cheese is served perfectly ripe, with a soft, but not at all runny, texture. Spread thickly over a chunk of fresh bread, this is surely heaven for the discerning cheese lover.

While brie and camembert have become the most popular ‘rind-washed’ soft cheeses to cross the Channel, Époisses is arguably the tastiest of France’s soft cheeses. Produced in the Burgundy region for hundreds of years, this medium soft cheese has a thick yellow rind, a crumbly white middle, and a distinctive taste that lends it perfectly to a complementary glass of world-renowned Burgundy red.

To sample an authentic Époisses cheese, a river cruise on the Rhône or Saône is the perfect place to start.

For even the most impassioned blue cheese lover, authentic Roquefort will put your palate to the test with its bold flavour and lingering, creamy aftertaste. Produced in the Causses mountains of Southern France since the Middle Ages, Roquefort is now exported globally, and is among the most popular cheese varieties of France, with up to 18,000 tonnes produced every year.

What makes the taste and texture of Roquefort so unique is that it’s produced using the milk of a single breed of sheep, the ‘Lacaune’ breed. Authentic Roquefort from the appellation contrôlée of Aveyron is also unique in that it’s aged in caves, lending a richer flavour to the cheese. 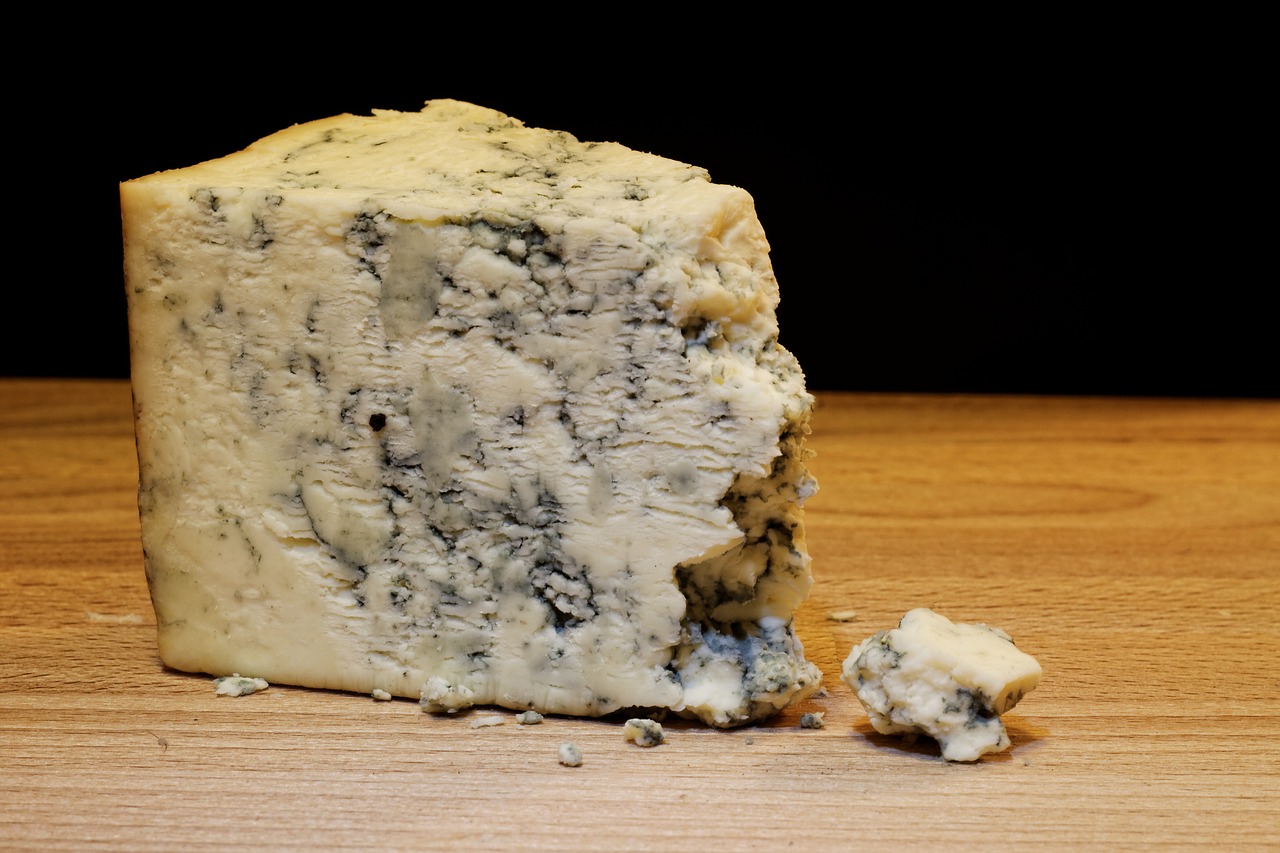 Many French natives would argue that Saint Nectaire is the country’s finest cheese offering, though it depends on which variety you choose. Authentic Saint Nectaire is produced in the appellation contrôlée of the Auvergne Mountains, and was originally produced locally on small farms. Given its success, the cheese has begun to be produced on a larger scale, but nothing compares to the taste of a Saint Nectaire true to the original ageing methods.

To identify an authentic Saint Nectaire, you’re looking for a soft and elastic texture, which may begin to flow at room temperature. Remember, unlike Camembert and Brie, the rind of Saint Nectaire isn’t eaten.

Pont l'Evèque is a soft, uncooked and unpressed cheese from the coastal region of Normandy, originally produced in the pastoral villages south of Deauville. First documented in the 12th century, this is one of France’s oldest cheeses, and its original ageing and production methods still endure today.

Similar in appearance and texture to Brie, Pont l'Evèque differs in its distinct nutty flavour. The cheese is aged for just 4-6 weeks, and gains its unique taste from the lush grasslands on which the dairy cows graze.

If France is the capital of cheese on the continent, the Netherlands is the undisputed second city. You need only glance at its fertile farmlands to realise that the country is prime for dairy cheese production, and the Dutch seem to find an excuse to eat cheese at any time of the day — be it a slice of Gouda over breakfast or a Delfts Blauw paired with wine as a late-night supper.

Originating in the 11th century, Dutch Gouda is one of the world’s oldest recorded cheeses still in production today. A hard or semi-hard cheese whose flavour alters dramatically depending on its age, Gouda is enjoyed across the Netherlands, and is often served in sandwiches, fried in a croquette or served on its own with a mustard dressing.

While Gouda is often incorrectly marketed as a single type of cheese here in the UK, it’s actually an umbrella term for a complex range of cheeses categorised individually by their age. Jong Gouda (or one-month-old gouda) is mild, soft and creamy, whilst Overjarig Gouda (one year or older) has a drier texture and a much more intense flavour. 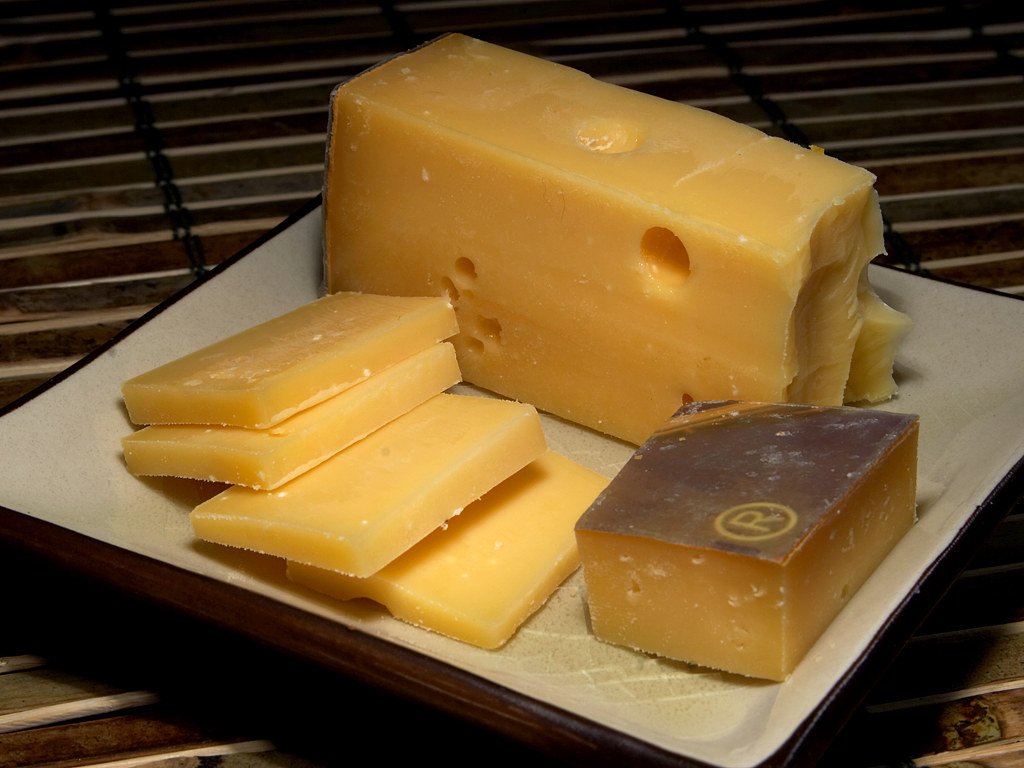 Not to be mistaken for a type of Gouda, Edam is a sweet curd cheese that originates from a town of the same name to the north of Amsterdam (unlike Gouda, which is made in the south-west region of the Netherlands). Traditionally sold in a rounded cylinder of red paraffin wax, Edam travels and ages extremely well, which made it one of the most popular cheeses of the Middle Ages.

Primarily produced using cow or goat’s milk, Edam has a semi-hard texture and mild flavour, which may be slightly salty depending on the milk used. Most Edam is also completely odourless, making it quite unlike any other cheese on the planet.

For those with a fondness for the Swiss cheese, Emmentaler, Dutch Maasdammer — with its light colour and holey texture — may appear similar, but there are subtle differences between the two cheeses. Maasdammer cheese ripens faster than other Dutch cheese, giving it a light flavour that’s nuttier and sweeter than its Swiss counterpart. It also has a darker yellow colour than traditional Emmentaler, and is generally much softer due to its high moisture content.

Germany has a long cheese-making heritage, and thanks to its varied landscapes and regional traditions, the country boasts over 600 different varieties of cheese — 75% of which are produced in Bavaria.

Räucherkäse, or smoked cheese, is one of Germany’s best-loved cheese exports, available in all sorts of shapes and sizes. The cheese is produced using traditional Bavarian Emmentaler, which is smoked and then processed with a few other ingredients added.

A staple of the traditional German breakfast of cold cuts and cheese, Räucherkäse is delicious served cold on a cracker, or else thinly sliced in a Reuben-style sandwich alongside gherkin, sliced pork and German mustard.

Tilsiter is one of Germany’s oldest native cheeses, first produced in the former province of East Prussia in the Middle Ages. With its creamy, moist texture and distinctive tangy flavour, Tilsiter was one of the most popular cheeses of the now-defunct German Democratic Republic (former East Germany), and is still widely enjoyed throughout northern Germany.

If you’re interested in sampling Tilsiter during a river cruise in Germany, look for varieties produced with herbs, caraway seeds and pepper. These uniquely flavoured cheeses are delicious served on a dry cracker and accompanied by a refreshing glass of Riesling. Bavaria blu is a relatively new cheese hailing from the stunning heights of the Bavarian Alps. The cheese was introduced in 1972 to imitate France’s Roquefort blue, but many believe it is has surpassed its French counterpart in the taste and texture stakes.

Bavaria blue owes its moist and creamy texture to the fragrant grasslands upon which the dairy cows are fed. The cheese has a deep, rich taste, and is perfect when paired with mango chutney and an aromatic red wine like Lagrein or Dornfelder.

Wherever you travel on the waterways of Europe, you’re sure to be lured to the window of a local cheesemonger by the range of native cheeses on offer. Here, we showcase three must-nibble cheeses in alternative destinations across the continent.

During a trip through Austria on the timeless waters of the Danube, be on the lookout for Alp-Bergkäse, an Austrian ‘mountain cheese’ with a distinctive smoky flavour. Produced high in the Austrian Alps, this delicious cheese owes its creamy, moist texture to cows which spend their summers grazing on lush alpine grasslands. While Alp-Bergkäse can be enjoyed throughout Austria, you’re more likely to find it in Salzburg than Vienna.

Portugal may not be one of the continent’s most iconic cheese hotspots, but it’s the one place in Europe where you can sample São Jorge, a tangy, cheddar-like cheese with a thick orange rind. What makes São Jorge unique is that it’s not actually produced in Portugal at all, but on the Azores archipelago, 900 miles from the European mainland. 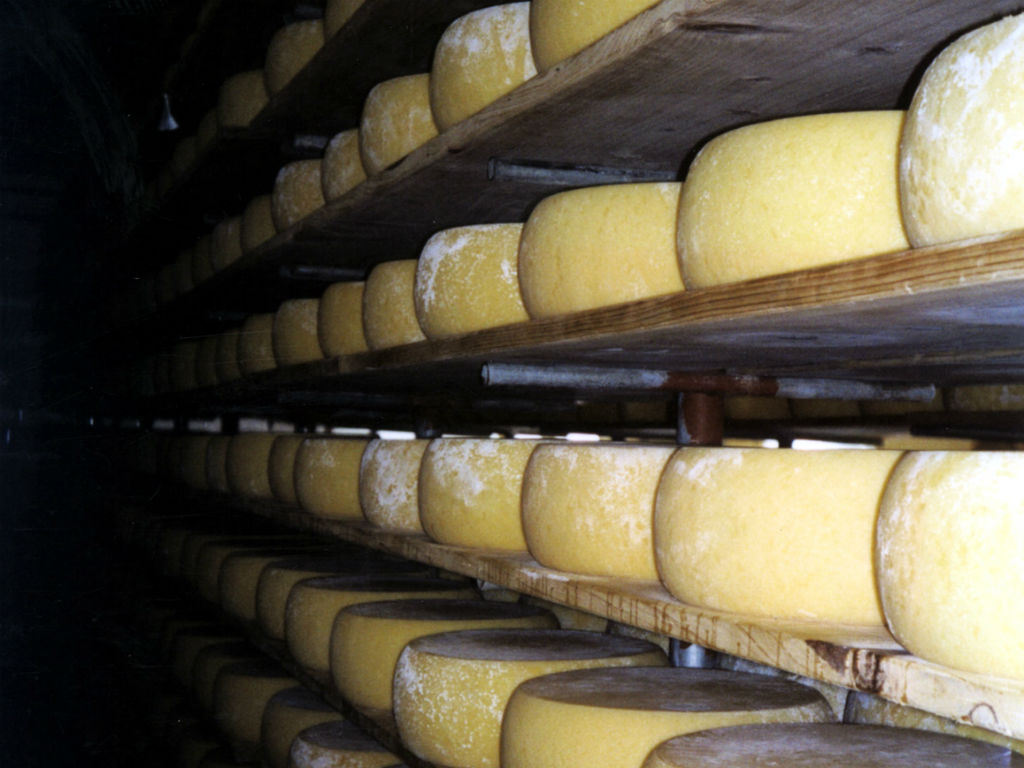 With its volcanic soil and high humidity, the Azores is the perfect place for milk-producing herds. São Jorge was first produced on the Azores in the 17th century, and has been traditionally made on the archipelago ever since.

Spend time in Hungary as part of a longer river cruise on the Danube, and you’ll likely run in to some form of Trappista, Hungary’s most popular cheese. Originally hailing from the Trappist monks of France, the recipe for Trappista is thought to have been brought to Hungary in the 18th century.

Trappista is a mild-flavoured and easy-melting cow’s milk cheese, easily identified by its red packaging. Hungarians often eat Trappista with fruits and wine, or else grated over hot vegetable and meat dishes.

If you’re as passionate about cheese as we are, why not indulge your love of Dutch Gouda or German Räucherkäse during a luxury river cruise? Our European river cruise itineraries transport you to some of the continent’s best-loved regions for cheese making, so you can sample all of your favourite cheeses. For more information, visit the homepage or call 0808 256 4450.