With our Scenic Enrich excursion programme, we set out to create unforgettable moments that stimulate your passion for unique travel experiences. Wherever you choose to cruise on the rivers of Europe, you’ll be granted privileged access to a choice of exclusive activities, each designed to enrich the senses and deepen your understanding of local history, culture and traditions.

We’re immensely proud of each and every one of our signature Enrich experiences, and are keen to share some of the extraordinary events available to our passengers. That’s why we’re showcasing selected Enrich excursions right here on the Scenic news feed — giving you a behind-the-scenes look at some of the incredible moments that await you on the rivers of Europe.

As part of our ‘Enrich Experience’ feature, we’ve already looked at two individual excursions, including a medieval banquet at Marksburg Castle and an exclusive classical concert in Vienna’s Palais Liechtenstein. Today we’re travelling to France, and taking you on an exclusive tour of Château Giscours — the site of one of our unforgettable Enrich experiences on the Garonne River. 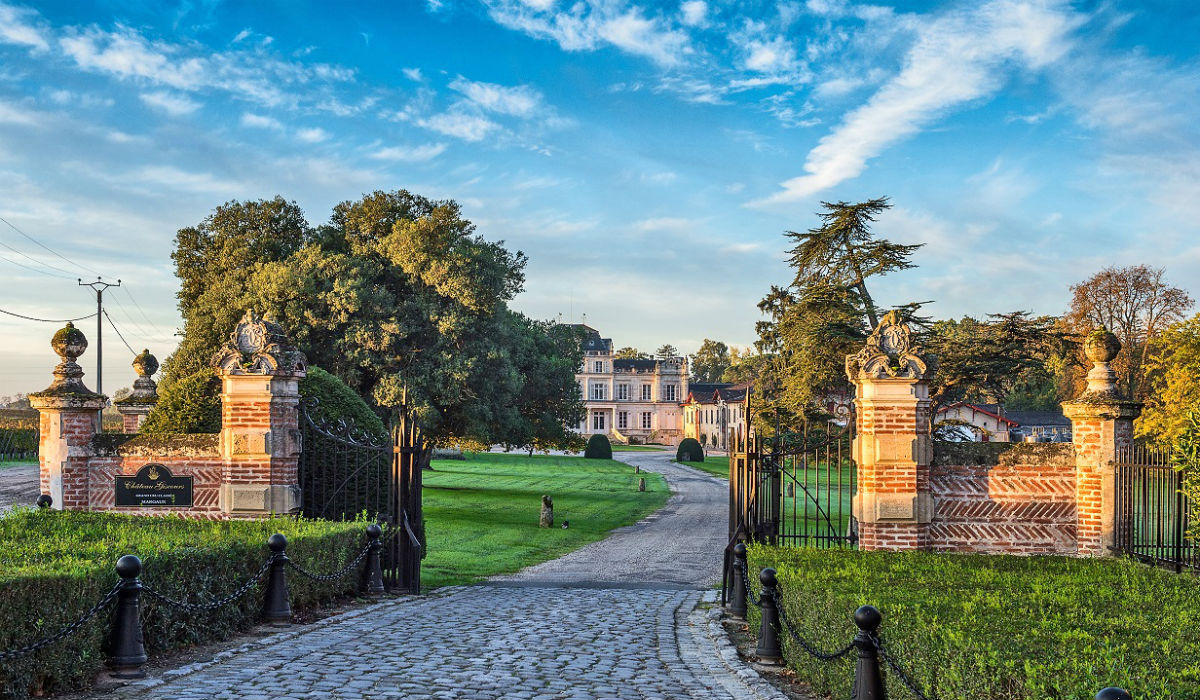 Tucked away amid the spectacular Médoc countryside, mere miles from the gentle flow of the Garonne River, is Château Giscours, a historic winery and country estate regarded as one of the most picturesque in France, perhaps Europe.
Given its status as one of France’s most fruitful wine-producing regions, Médoc boasts many fine aristocratic châteaux, but few best the opulence and charm of Château Giscours. The present château and its adjoining winery were first established in the 19th century, though it’s thought the estate is much older, with records showing that a fortified keep was built on the site in the 14th century.
Centuries later, Giscours was sold to Pierre de l’Horme, who cultivated the château’s first vineyards in the 16th century. Wine production began at Giscours in 1552, placing it among the world’s oldest wineries.
It wasn’t until the 19th century, however, that Château Giscours truly found its feet as a world-renowned vineyard, and this was all thanks to one man, Pierre Skawinski. Skawinski was hired to manage the estate in 1845, and went on to become one of the great agriculturalists of the age, transforming the Giscours site with his

use of revolutionary equipment and techniques.

Thanks to the work of Skawinski, Château Giscours’ wine was inducted into the prestigious Troisièmes Crus (Third Growths) in the Bordeaux Wine Official Classification of 1855 — one of only 14 vineyards in the Gironde department to receive such an accolade.

The Château Giscours estate comprises over 400 hectares, of which only 80 are used to harvest wine grapes. Despite this, the vineyard has retained its place among France’s finest wine producers, and is particularly well received for its Cabernet Sauvignon and Merlot varieties — both of which are richly aromatic and powerful on the palate.

As a Scenic river cruise passenger, you’ll be given the exclusive opportunity to explore Château Giscours during a luxury itinerary on the rivers of Bordeaux. Travelling through the beautiful Médoc landscape, you’ll be escorted to the charming 18th century Farm Suzanne on the Giscours estate to enjoy unforgettable four-course dining with Grand Cru Class wines and live musicians performing classical masterpieces for your enjoyment. What better way to experience the wine-producing heritage of this magnificent French estate?

To experience a beautiful and elegant evening at Château Giscours for yourself, take a look at our collection of luxury river cruises in France. This particular Enrich encounter is available as part of our Beautiful Bordeaux itinerary, which you can discover more about, here, or by calling 0808 256 7832.