Parking for everyone is important in Cologne 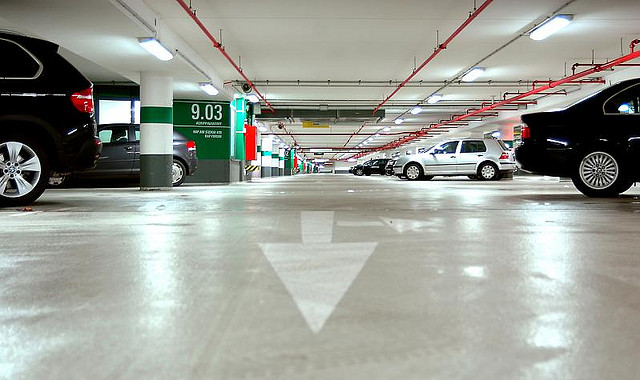 In any city, parking can always be a problem. But in Cologne, there have been recent initiatives to make parking safer and more convenient – and not just for cars.

At the local IKEA, store management has installed dog parking spaces for pooches making the trip with their owners. Rather than risk hot cars or tied leads to a street sign, the Swedish homewares giant has installed AstroTurf covered stalls near the front of the store. The doggie parking has a water dish and secure hitching post for the lead. Dogs can relax in shady comfort while their owners shop inside.

As mentioned in the Daily Mail, the measure has been a hit with local shoppers in Cologne.

“This is brilliant. German IKEA has #Dog Parking Lot so no dogs in hot cars. Good idea!” Adriane Zane tweeted about the addition to the store. IKEA has not announced whether the dog parking bays will be rolled out to other stores around the world.

Although you won’t be needing a dog parking space when travelling on our European river cruises, keep an eye out for this and other uniquely European cultural trends – there are plenty to see and they’re great fun to spot.

Not to be limited to just dog parking, Cologne also leads a German effort to provide other unique parking solutions. Cologne also actively advocates women-only car parks. At the Cologne Bonn Airport, they have several short-term and long-term car parks at the airport with exclusive gender-specific spots in security-monitored areas.

According to a recent news article, in some regions of Germany, there are laws requiring the designation of at least 30 per cent of their space specifically for women. These parking spaces are usually slightly larger, and are often in well-lit areas and may be monitored through CCTV.

It is argued that many women-only car parks came into existence in a bid to protect women from potential attacks. Many cities across Europe established special women’s parking spaces that were well lit and located closer to busy streets or buildings.

Others have argued the use of women-only parking is sexist and unnecessary.

“Today, nobody needs women’s parking lots anymore – especially not in the modern, lucid and well-lit shopping malls,” said reporter Werner Mathes in an opinion piece in the Stern. “In some Swiss cities, such as Zurich or Luzern, one has gotten rid of those spaces years ago, because parking lots are much brighter and better lit than in the past.”