Picnics popping up to celebrate Brisbane 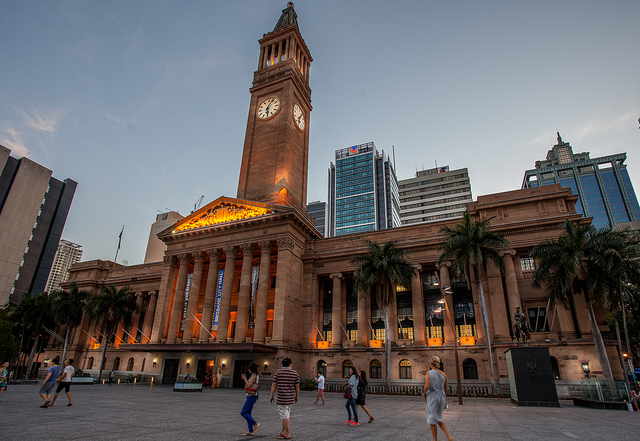 On most days in Brisbane, their city streets are used for the usual: cars, lorries, mothers with buggies and other pedestrians. But every once in a while, thanks to city leaders, the streets of this Australian city are the perfect place for a picnic.

Throughout August, Albert Street has been hosting pop-up picnics for local residents, workers and visitors alike. They roll out the fake grass, chairs and tables with umbrellas. There is also live music and entertainment to make lunch more enjoyable.

"As part of our plan to activate city spaces, a section of Albert Street, between Charlotte and Mary streets, can now be easily transformed for community events," said councillor Amanda Cooper to local media. Cooper leads the Neighbourhood Planning and Development Assessment group.

The events are seen as a boon for local businesses. Cooper said the council has spent over £350,000 to improve Albert Street in order to support the area as a temporary event precinct. In 2013, the city created an Ideas Fiesta and celebrated it on Albert Street. More than 4,000 people attended the events.

The pop-up picnics have been also created to stimulate local participation in the city’s redevelopment plan. The Brisbane City Council is using the event to showcase its design ideas for the city and generate new ones for its ongoing city centre master plan.

The city centre is renowned for its outside alfresco dining and fashion retailers. There are also a number of unique coffee shops to help you enjoy your visit. On the southern coast of Queensland, Brisbane is a favourite destination for holiday travellers in Australia.

Earlier this month, Brisbane reached a tourist milestone. Counting back from July, the city had one million international visitors in a single year. Holiday travellers have increased by more than 10 per cent since last year, adding more than £800 million to the local economy.