But to Bruce Munro, a British artist thousands of miles from home, this ancient landscape roused in him a sense of energy and wonder — inspiring the creation of an art installation that flouts the rules of time, space and scale. The resulting project became Field of Light, a large-scale, light-based installation comprising of thousands of illuminated stems designed to echo the starry night’s sky.

As of 1 April 2016, Munro’s Field of Light installation went on display in the desert surrounding Uluru — the very place which inspired the artist to create this magnificent artwork all those years ago. The installation will be exhibited here until March 2017, giving visitors ample time to savour the unique beauty of the illuminated landscape. 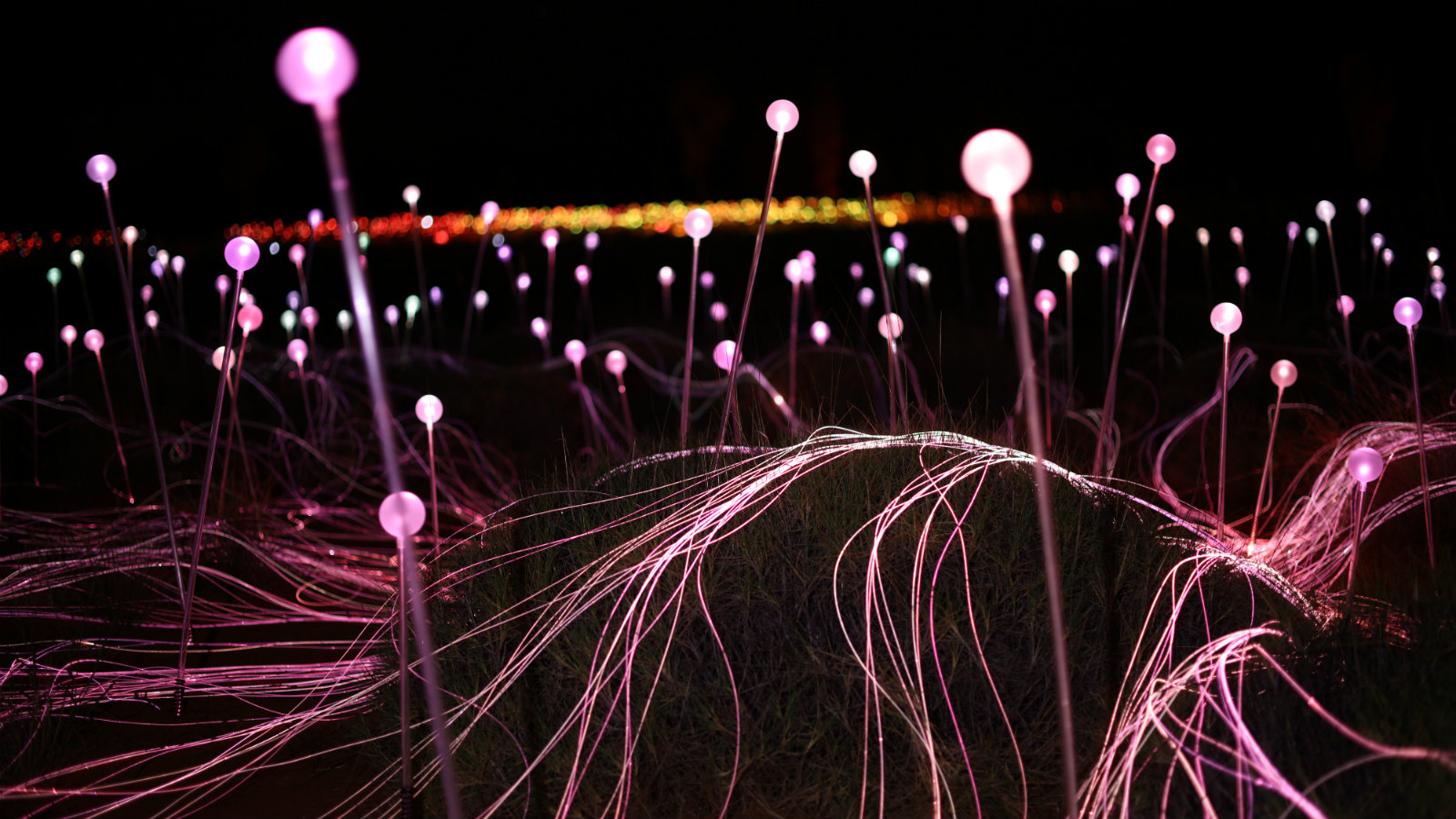 As a Scenic escorted tour guest, we invite you to experience Munro’s Field of Light, journeying to the heart of the Northern Territory to gaze in wonder at the sea of muted orbs which litter the red sands as far as the eye can see.

And to give you a taste of what you can expect during your twilight sojourn to the Red Desert, here we look at the origins of the Field of Light and find out more about Munro’s unforgettable Uluru exhibit.

The Origins of the Field of Light

Munro first conceived the idea for Field of Light in 1992 whilst camping at Uluru with his wife, where he became overawed with a profound sense of energy and ideas. He later said of the experience: “There was a charge in the air that gave me a very immediate feeling which I didn’t fully understand. It was a moment when I felt at one with the world, a feeling which made me intensely happy. 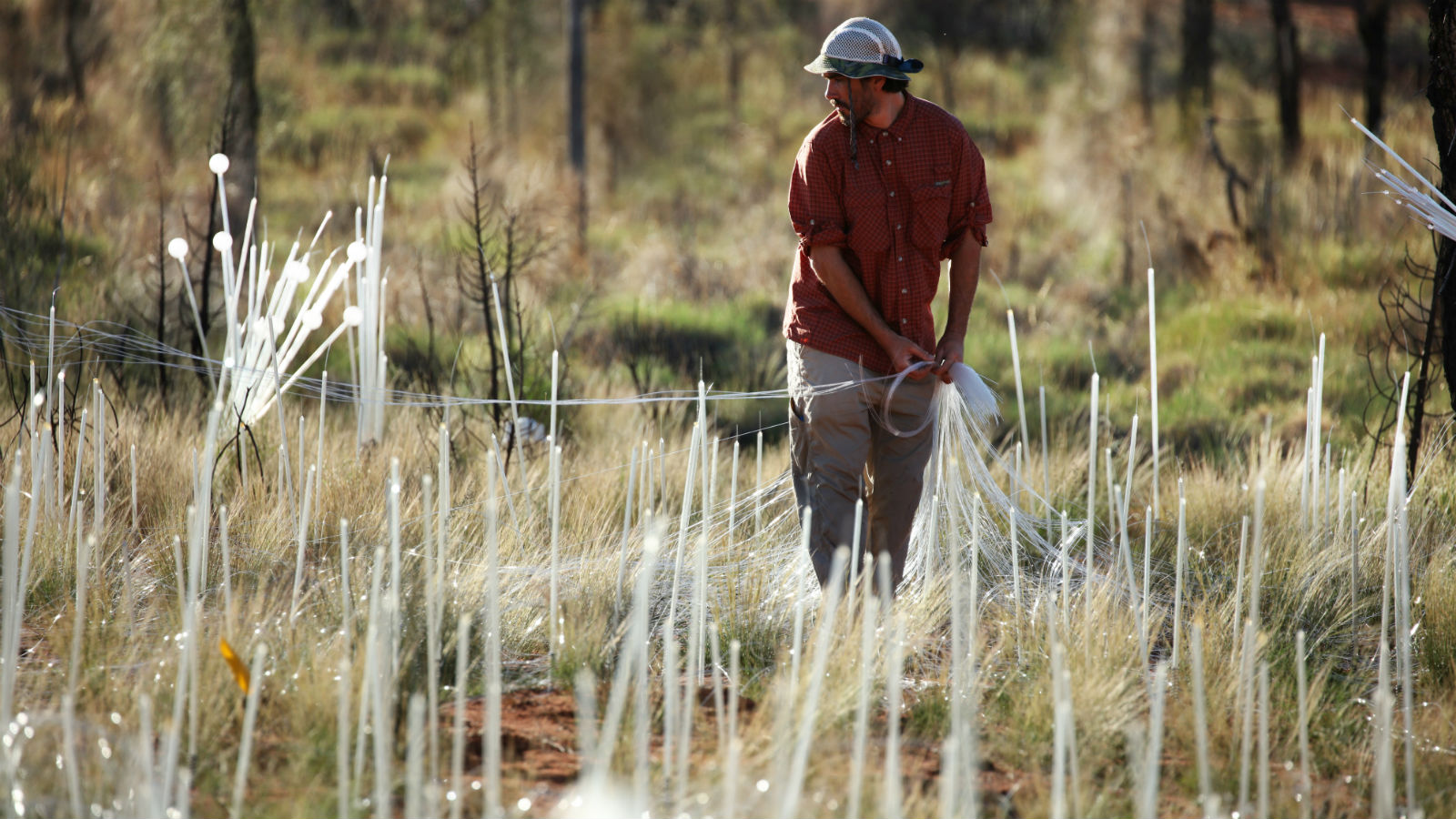 “I recorded thoughts of creating a sculpture on a landscape scale, incongruous in size and location, and experienced by the transient visitors. I saw in my mind a landscape of illuminated stems that, like dormant seeds in a dry desert, quietly wait until darkness falls, under a blazing blanket of southern stars, to bloom with gentle rhythms of light.” (Source)

Upon returning to the UK, Munro drew up plans for his sculpture, experimenting with different materials and technologies to evoke the sensations which he experienced in the shadow of Uluru. According to the artist, he set out to recapture “that feeling you get when you’re connected to the landscape, that feeling that makes you want to jump for joy”.

After nearly a decade of experimentation, the first prototype of Munro’s Field of Light went on display at London’s Harvey Nichols department store, receiving rave reviews for its originality and flair. Subsequently, Munro developed larger versions of the installation, later displaying the light sculpture at historic and cultural sites across the UK, including Holbourne Museum, Waddesdon Manor, and the Eden Project.

It wasn’t until 2015, when a journalist from Alice Springs (the nearest town to Uluru) interviewed Munro, that he was invited to exhibit Field of Light at Ayer’s Rock. Indigenous Tourism Australia, who manage Ayer’s Rock and its surrounding reserve, contacted Munro granting him permission to erect the Field of Light in the shadow of the famous sandstone monolith — something which Munro later described as a “dream come true”.

Uluru’s Field of Light was eventually launched on 1 April 2016, becoming the biggest installation Munro and his team had ever produced. The exhibit features 50,000 illuminated stems, each powered by solar energy, as well as several vast projectors which cast a muted glow across the landscape. The lights cover an area of some 49,000sqm, which is equivalent to four football pitches, and have been installed directly into the red sand just 10km from Uluru — beautifully illuminating the foreground of this unforgettable vista. For thousands of years, Australia’s Aboriginal culture has held Uluru sacred, and the desert landscape is hugely important to their indigenous heritage. Munro’s installation is intended to celebrate the timeless legacy of this ancient landscape, whilst connecting it subtly and respectfully to the modern world.

Experience the Field of Light with Scenic

Always looking to introduce our guests to unforgettable cultural experiences, Scenic offer enchanting trips to Uluru and the Field of Light as part of our Very Best of Australia and New Zealand and Grand Australia luxury escorted tour itineraries. 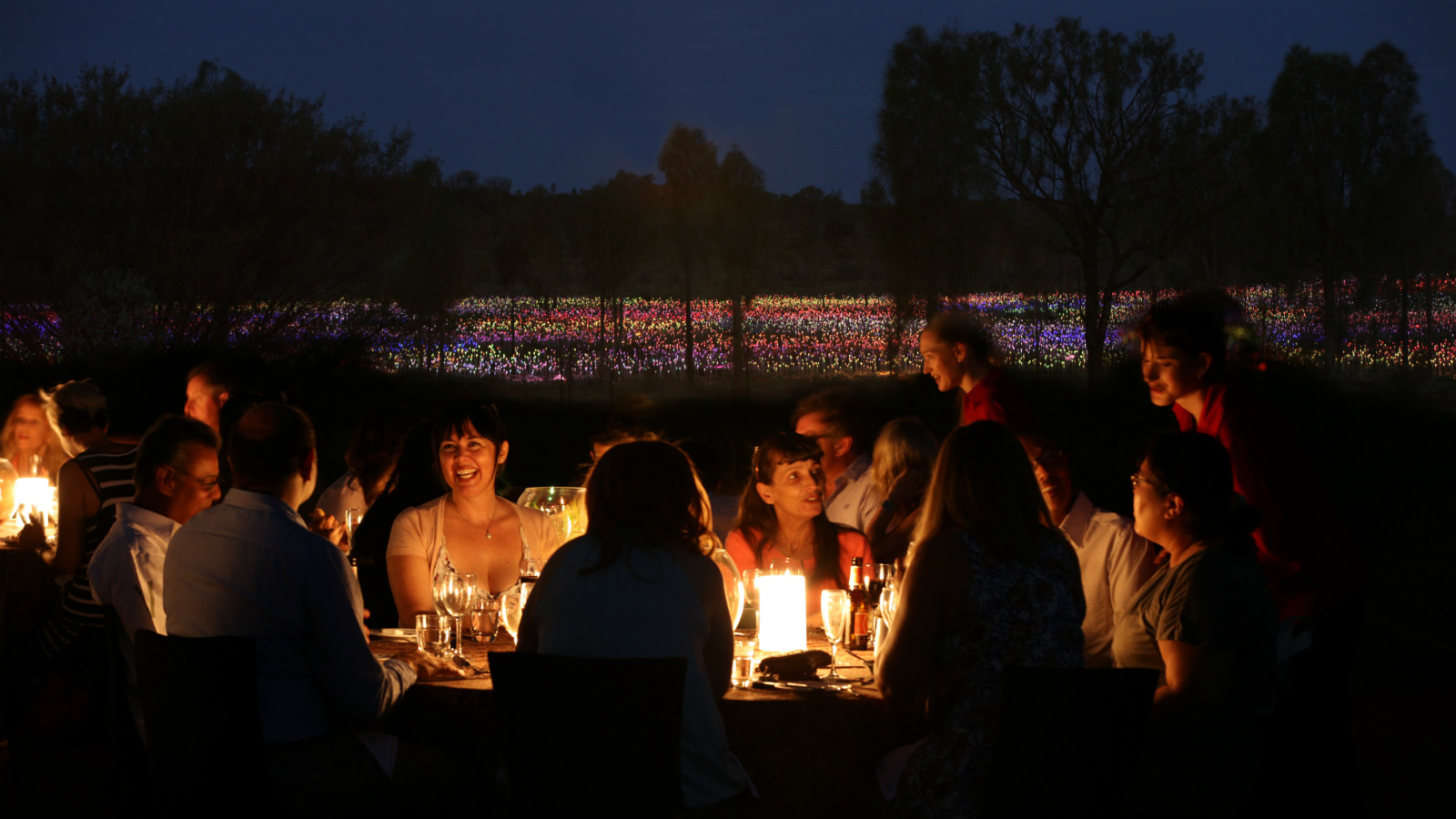 In the company of your fellow guests, you’ll enjoy a special dining experience set against the backdrop of Munro’s dazzling art installation, which twinkles beneath the Outback’s canopy of stars. As the sun sets on the western horizon, you’ll savour complimentary canapés, drinks and authentic Australian cuisine amid the stunning beauty of the Field of Light — a magical moment you’re sure to never forget.

If you’d like to experience Munro’s Field of Light in the place which first inspired it, you have until March 2017 to plan your dream trip with Scenic. To learn more about our luxury escorted tours to Australia, click here or call our team on 0808 163 7047.

Laura Barlow-Edwards
Laura is Scenic's Digital Marketing Exec. She loves travel; her first river cruise was on the Danube, and she fell in love with Budapest at first sight. In her free time, Laura is usually reading, travel blogging, or planning her next adventure.
Tags: Art Australia Field Light Uluru