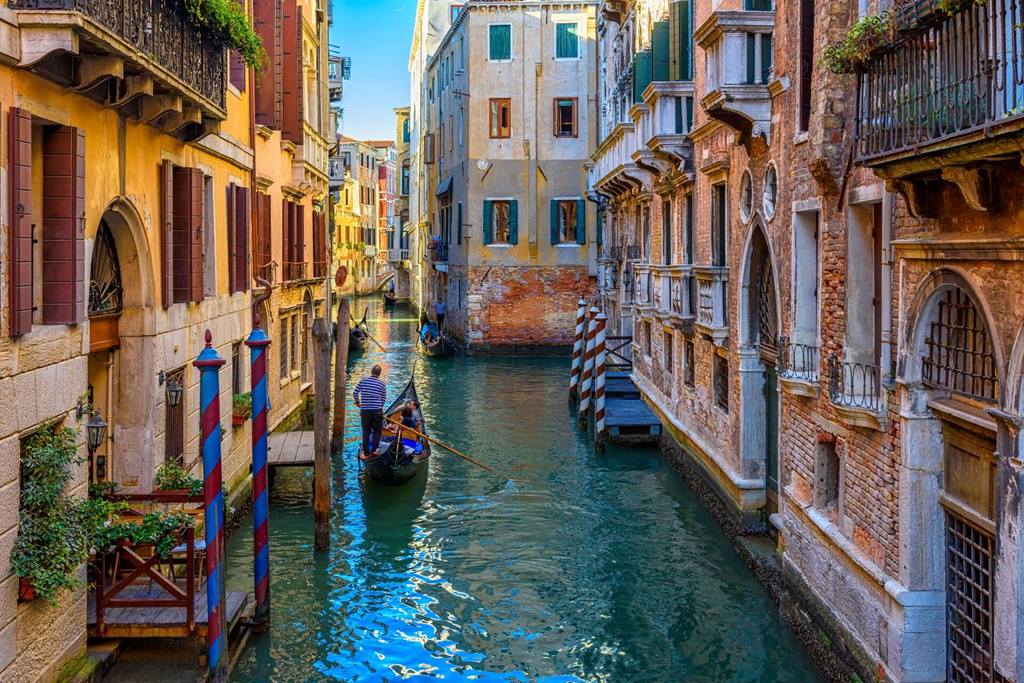 Enhance your voyage with a land journey through some of the most iconic destinations in Europe.

Enhance your voyage with a land journey through some of the most iconic destinations in Europe. Discover the ancient wonders of Italy, delight in Greek cuisine and be enchanted by Scandinavia’s unspoilt terrain. Behold the legendary monuments of Rome, the romantic canals of Venice, the tranquil beauty of Florence and the quiet sanctity of Vatican City.
In Greece, explore historic UNESCO World-heritage sites including ancient Mycenae, the Byzantine monasteries of Meteora and Olympia, birthplace of the Olympic Games.
Discover some of the prettiest capital cities in the world, drink in the raw, striking beauty of Scandinavia and learn all about its fascinating Viking heritage.
With more than 35 years’ experience, we have set the benchmark in luxury escorted touring. Our handcrafted journeys link seamlessly to your cruise, offering you a true insight into the culture and history of Europe and the Mediterranean, with Scenic Special Stays in iconic hotels to make your experience extra special. For a more intimate experience, travel with a maximum of only 20 guests, escorted by our expert Tour Directors.

When one Scenic Eclipse journey is just not enough.
Continue your journey of discovery with our hand curated cruise and land journey combinations. Experience a flawless holiday, from start to finish, as you cruise in 6-star ultra-luxury on Scenic Eclipse and follow it up with luxurious exploration by land.
Extend your Scenic Eclipse cruise with a Land Journey, by adding these must see destinations. Use the table below to build your ideal itinerary

Indulge in the 6-star surrounds of your ultra-luxury Discovery Yacht, with your experience tailored by Scenic Eclipse’s expert Captains, Culinary, Hotel and specialist Discovery Team.

For a more intimate and authentic experience, travel with a maximum of only 20 guests and expert Tour Directors, as our 5-star journeys deliver excellence on every level.

Add a land journey to your cruise, and guarantee your 10% Earlybird savings. 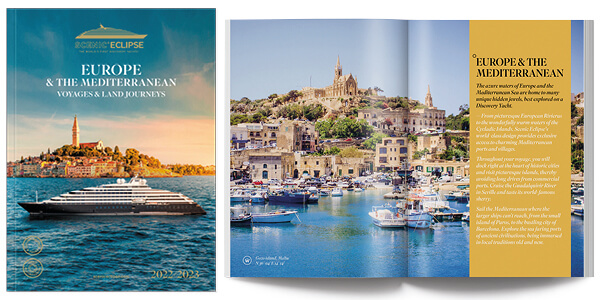 Our Scenic Enrich encounters take you behind the scenes to enjoy special moments you will treasure forever. From indulging your tastebuds during a local rustic farmhouse lunch in Tuscany to an exclusive experience in Oslo’s Opera House, our Scenic Enrich experiences will become the highlight of your holiday
Delve into the culinary wonderland of Italy with a private dinner near the Pantheon, hosted by a culinary connoisseur accompanied by a wine pairing.
Visit a Tuscan farmhouse and discover local wine and oil production techniques, before enjoying a tasty rustic lunch featuring the region’s wine and produce.
These are just some of the unique and personally curated experiences awaiting you. Scenic Enrich experiences are not only unforgettable, they’ll also enrich your understanding and appreciation of the incredible places, cultures and histories you’ll encounter.

Scenic Sundowner
Our Scenic Sundowner events are held in beautiful locations and offer guests a chance to relax over their favourite drink and soak up the atmosphere. After a private, behind-the-scenes experience of Oslo’s unique Opera House, head to the roof and celebrate the end of a spectacular day, which will unveil surprisingly different angles of the cutting-edge city 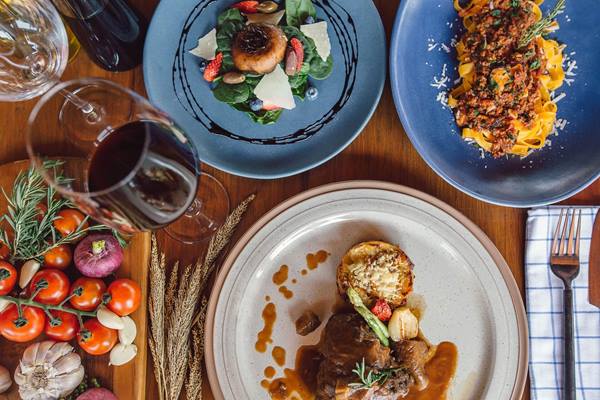 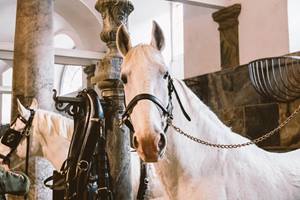 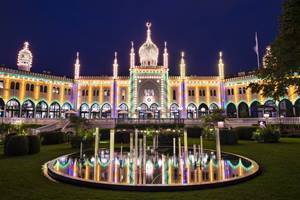 Whether you prefer a relaxed pace or you want to fit in as much as possible, Scenic Freechoice offers a diverse range of sightseeing, activities and dining for you to choose from.
From visiting the palace ruins, stables and Royal Reception rooms of the Christiansborg Palace, to exploring the 176 year-old Tivoli Gardens in Copenhagen, prepare to be delighted by some of the most fascinating locales of the world. In Athens, explore the Acropolis Museum, overlooking the famed Acropolis offering stunning 360-degree views of the city, or take a walking tour through Plaka, the oldest district in Athens, learning about local handicrafts along the way. The choice is yours. And of course, it’s all included in the price you pay.
We’ve taken the care to divide all Scenic Freechoice activities into Active, Moderate and Relaxed pace so you can choose those which best suit your interests and level of fitness.
*** Active – For the more adventurous, keen to explore further afield or take part in more energetic excursions.
** Moderate – A comfortable walking pace at which you can easily discover a beautiful city or marketplace.
* Relaxed – A slower pace to enjoy a show or performance or a class. 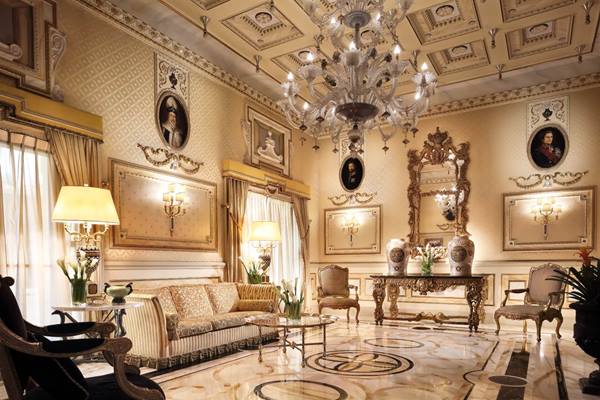 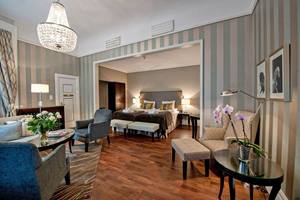 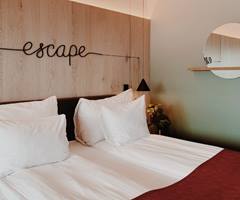 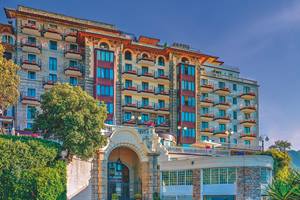 View Gallery (5)
In select locations, we feature Scenic Special Stays, iconic hotels remarkable for their location, character and heritage.
Whether you stay at the Radisson Collection Royal Hotel designed by architect Arne Jacobsen, or the luxurious Hotel Norge by Scandic, opened in 1885 and one of Bergen’s most renowned hotels, you’ll want for nothing.
Occupying a majestic 19th century building and overlooking the Villa Borghese gardens, Splendide Royal Roma creates an idyllic retreat in the heart of Rome. Culture, shopping and leisure is on your doorstep.
Since 1874, the elegant Grand Hotel in Oslo has welcomed several famous artists, and every year, the winner of the Nobel Peace Prize resides in the hotel’s Nobel Suite.
Hotel At Six Stockholm is a destination where contemporary art, fine dining, and exquisite interior design meet to create a modern luxury hotel in central Stockholm. A retreat you’ll simply love returning to after a busy day of exploration.

Scandinavian countries routinely rank amongst the top ten happiest countries in the world. With the perfect medley of some of the most stunning and unspoilt natural landscapes, purest air, a proud heritage, and chic, cosmopolitan cities, this is scarcely surprising. Discover the hidden treasures of some of the prettiest capital cities of the world, or follow in the footsteps of the Vikings as you unravel the wonders of Scandinavia. 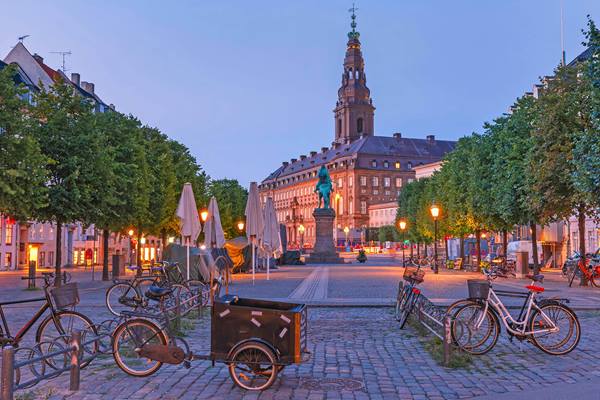 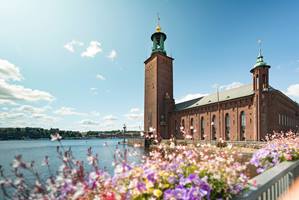 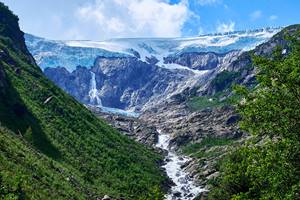 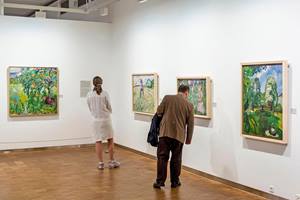 Scandinavia is more than a region, it’s a state of mind. Elegant and composed, it values great beauty and deep traditions. Its stylish cities are abundant with trendy cafés and shopping areas, and are a perfect mix of history and tradition with an affluent and modern influence. Be immersed in unspoilt wild terrain, ice-blue fjords, majestic mountains and glaciers, thunderous waterfalls and green pine forests – you’ll agree that Scandinavia is simply spectacular.
The great outdoors

With a proud Viking heritage, modern architecture, world-famous artists, and the best museums, Scandinavia is a melting pot of art and culture. Oslo’s Munch Museum is dedicated to the works of the famous Norwegian painter Edvard Munch. The Oslo Opera House is renowned for its remarkable angular architecture, and the city’s Viking Ship Museum is home to some of the world’s best-preserved Viking ships and artefacts.
From the incredibly ornate Christiansborg Palace, to the Renaissance era Rosenborg Castle, home to the royal crown jewels and art collection, the glorious castles of Copenhagen are every fairy tale lover’s paradise. Amongst Stockholm’s many architectural wonders, the City Hall, built from 8 million bricks, and boasting a 100-metre tall bell tower with Sweden’s emblem, is a prime example of national romanticism in architecture.

Give in to a sensory adventure in Italy and Greece as you feast your eyes on stunning landscapes and historic monuments, hear astounding local stories and delight in lip-smacking fare on one of our escorted small group journeys
When 4th century BC philosopher Heraclitus wrote that “There is nothing permanent except change”, it is likely he was speaking of his home country. Castles that date to the Bronze Age, temple ruins from the Hellenistic period, 14th century Byzantine monasteries, and cities modelled around Venetian and
Ottoman; each region of Greece is a leaf out of the history book.
Athens is also the birthplace of democracy. Its famous Acropolis, though ravaged by wars, stands tall above the city, serving as a striking reminder to the city’s denizens of
their honoured past.
Olympia is more than just the homeland of the modern Olympic Games. It is a testimony to the unifying power of sports. Since 776 BCE, every four years, the Greeks practiced the laying down of arms, to compete in the games, later known as the Olympic Truce. Italy will leave you spellbound as you marvel at the treasures of Rome and Venice, explore the centuries-old villages of the Cinque Terre and discover Tuscan gems from San Gimignano and Siena to elegant Florence.

From Rome’s 2,000-year-old imposing Colosseum to the neoclassical buildings of Aegina, the mesmerising streets of Italy and Greece are home to the most spectacular and iconic architecture.
It is impossible to forget the rush of emotions felt at the first sight of Michelangelo’s finest work of art on the ceiling of the sacred Sistine Chapel. The sight of the Acropolis offering stunning 360-degree views of the city and the clifftop monasteries of Meteora and the Mycenaean treasures of the Peloponnese has set many a heart a flutter.

For Italians, meal preparation is a way of life. Great emphasis is placed on ingredients, with a preference for seasonal produce.
Each region has its own wonderful, unique dishes and Tuscan food is well-known for its delicious simplicity based on the idea of ‘cucina povera’, meaning ‘cooking of the poor’.

Italy, Sorrentine Peninsula & Adriatic - cruise & land journey
Venice to Venice
19 day
From (GBP)
£ 9,617
Discover
Terms and conditions: Super Earlybird Offer is valid for new bookings only on selected 2022 and 2023 itineraries. Savings are applicable if full payment is received at least 12 months prior to departure. If payment has not been received, the savings offer will be removed from the booking without recourse. Savings are based on cruise content and cabin upgrade only, excluding port charges, air and any other additional items. Pay in full offer is combinable with Earlybird savings where applicable, complimentary DPP and loyalty vouchers. Offer is not combinable with future travel credits or vouchers, exclusives, interline, F&F or other early payment offers. Offers are inventory controlled and may be extended, cancelled or withdrawn at any time without notice. We reserve the right to withdraw offers and promotions at any time and these are only applicable to residents of the UK. Full itineraries and booking conditions can be found at scenic.co.uk/terms-and-conditions.

When it comes to pristine natural beauty, Mother Nature has been unusually kind to Scandinavia. Windswept beaches, majestic snow-capped mountains, mirror-like glacial lakes, lush fir forests, boundless ice fields, lofty fjords, and ancient glaciers, the Nordic nations are every nature lover’s paradise.
Feast your eyes on bottomless valleys, distant glaciers, turquoise fjords, and frolicking reindeer as you drive through Hardangervidda. Soak in the tranquil charm of the seven mountains of Bergen, and discover the idyllic orchard trails of Lofthus.