No city in the world holds more enigmatic appeal than Moscow. Rambling on the banks of the Volga, Russia’s unique capital has long stood as a symbol of might and power — its size alone making it one of the most striking cities on the continent. Add to this, thousands of years of history, imposing architecture and a fierce cultural identity, and Moscow promises an unforgettable stop on a luxury river cruise atop the Volga.

Winston Churchill once referred to Russia as “a riddle wrapped in a mystery inside an enigma”. And Moscow embodies this affectionate title, giving visitors the opportunity to explore iconic sites like Red Square and Saint Basil’s Cathedral, as well as lesser-known highlights that capture the country’s rich heritage, folklore and traditions.

Gaze up at the iconic medieval ramparts of The Kremlin. Take in the sumptuous architecture of Novodevichy Convent. Explore the history of space travel at the Memorial Museum of Cosmonautics. Or sip an ice-cold vodka amid the 18th-century charm of Café Pushkin. In this melting pot of historic wonders and exquisite cultural highlights, anything is possible.

Moscow’s origins trail far into the pages of antiquity, with evidence of human activity dating from the Neolithic period. For centuries, indigenous tribes and Germanic and Slavic invaders governed the region, making use of the valuable trade routes offered by the Volga between Northern Europe and the Caspian Sea.

The city rose to prominence in the 12th century, when the Prince of Novgorod founded several of Moscow’s earliest monasteries on the site. Alexander Nevsky was later canonised as a saint of the Russian Orthodox Church, making Moscow a centre for religious pilgrimage in the Middle Ages.

Moscow’s political stability, growing wealth and preeminent religious sites attracted thousands of immigrants and refugees throughout the Middle Ages, many of whom were fleeing from the Mongol Empire. The city became the primary stronghold in the wars against the Mongols, playing a vital role in Russia’s liberation.

In the late 15th century, Ivan the Great became Grand Prince of Moscow. Under his rule, Moscow became one of the largest cities in the world, with a population of over 100,000. Ivan commissioned the building of many of the city’s most iconic structures, including The Kremlin and its adjoining Spasskaya Tower, and laid the foundations for Russia and its capital city as we find it today. 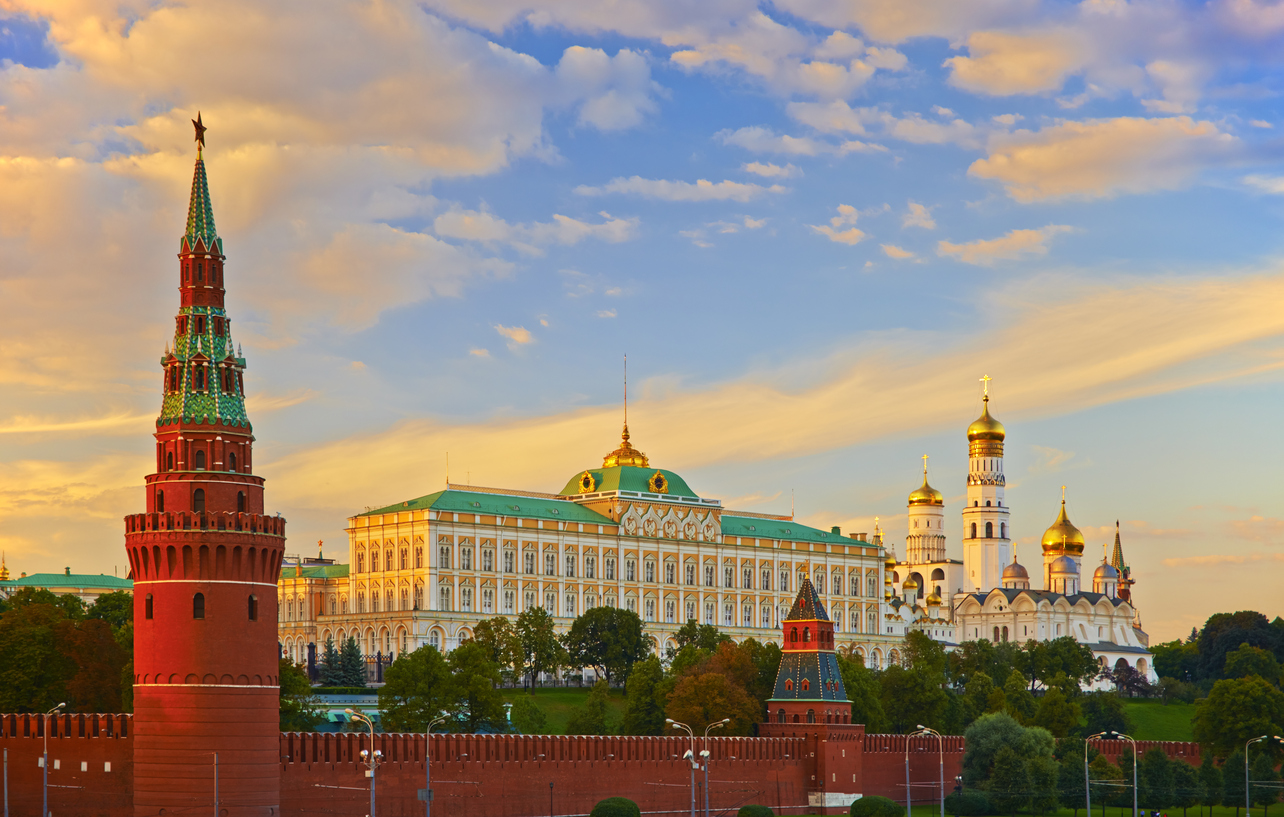 Following centuries of rapid expansion, Moscow became the capital of the new Soviet state after the Russian Revolution of 1917. Vladimir Lenin based his Red Army in new barracks on the site of the Red Square, where they remained until the dissolution of the USSR in 1991. During WWII, Moscow was the scene of one of the war’s bloodiest battles, in which one million Russians were killed.

Today, Moscow remains one of the world’s largest cities, and the biggest on the European continent. The city is a world centre for arts, culture and academia, and is home to a number of World Heritage Sites, including The Kremlin, Trinity Sergius Lavra and the Church of Ascension, Kolomenskoye.

With centuries of rich history unfolding across the city, Moscow is a dream destination for those looking to delve into Russia’s past. Couple this with galleries, theatres and other enriching cultural centres, and Moscow is prime for exploration and discovery. Here are a handful of the cultural highlights you can expect in Russia’s majestic capital.

Red Square is the beating heart of Moscow, and an icon of Russia. Home to the country’s most famous landmarks, this vast public square has been at the centre of Russia’s political affairs since the 13th century, a fact which earned it UNESCO World Heritage Site status in 1990. The square is flanked by some of the country’s most significant landmarks, including The Kremlin, Lenin’s Mausoleum (which contains the embalmed body of Soviet Union founder, Vladimir Lenin) and of course, the familiar coloured domes of Saint Basil’s Cathedral. The eastern side of Red Square also contains the famous GUM department store, and the beautiful Kazan Cathedral 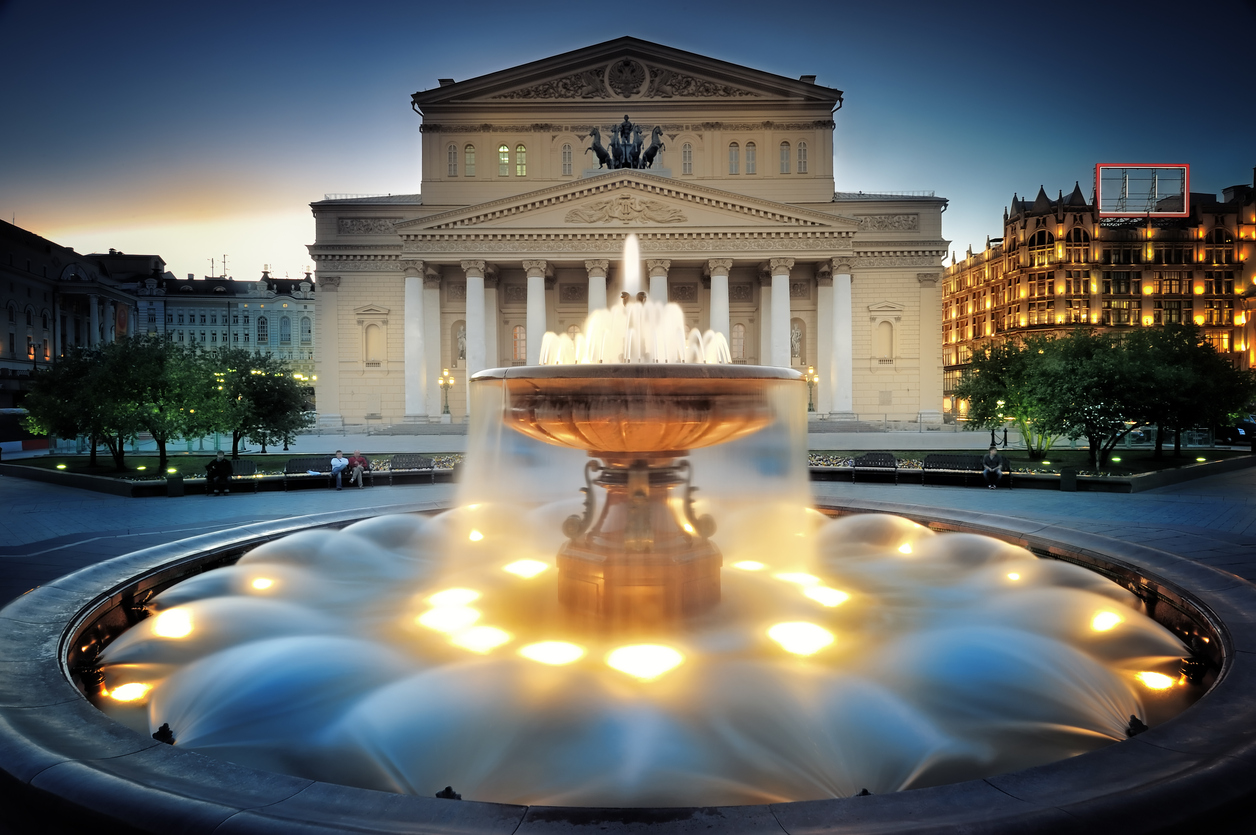 Arguably the world’s most prestigious concert hall, Bolshoi Theatre was one of Russia’s original ballet and opera houses, and is twinned with the Kamenny Theatre of St. Petersburg. Hosting performances from the Bolshoi Theatre and Bolshoi Ballet, the venue is one of Russia’s proudest landmarks. The theatre was renovated in 2011 to the tune of 21 billion rubles (£520million), and regularly hosts performances of iconic ballets and operas, including Tchaikovsky’s Swan Lake, The Sleeping Beauty and The Nutcracker, as well as Rimsky-Korsakov’s The Tsar’s Bride. Take it from us — seeing a performance at the Bolshoi is an absolute must during a visit to Moscow.

Russia has long been associated with space travel, and all of the country’s interplanetary exploits can be explored at the Memorial Museum of Cosmonautics. Located in the base of the Monument of the Conquerors of Space (which is in itself worth visiting), this fascinating museum holds over 85,000 objects relating to Russia’s space-faring heritage. Among the many exhibits housed in this vast centre sit examples of Soviet-era Krechet spacesuits, Lunokhod moon-rovers and the space capsule used by Yuri Gagarin on the human race’s first journey to outer space.

Shrugging aside its status as a former communist state, Russia has become world-renowned for its unique, high-class shopping — with Moscow providing some of the country’s most expensive and luxurious retail opportunities. 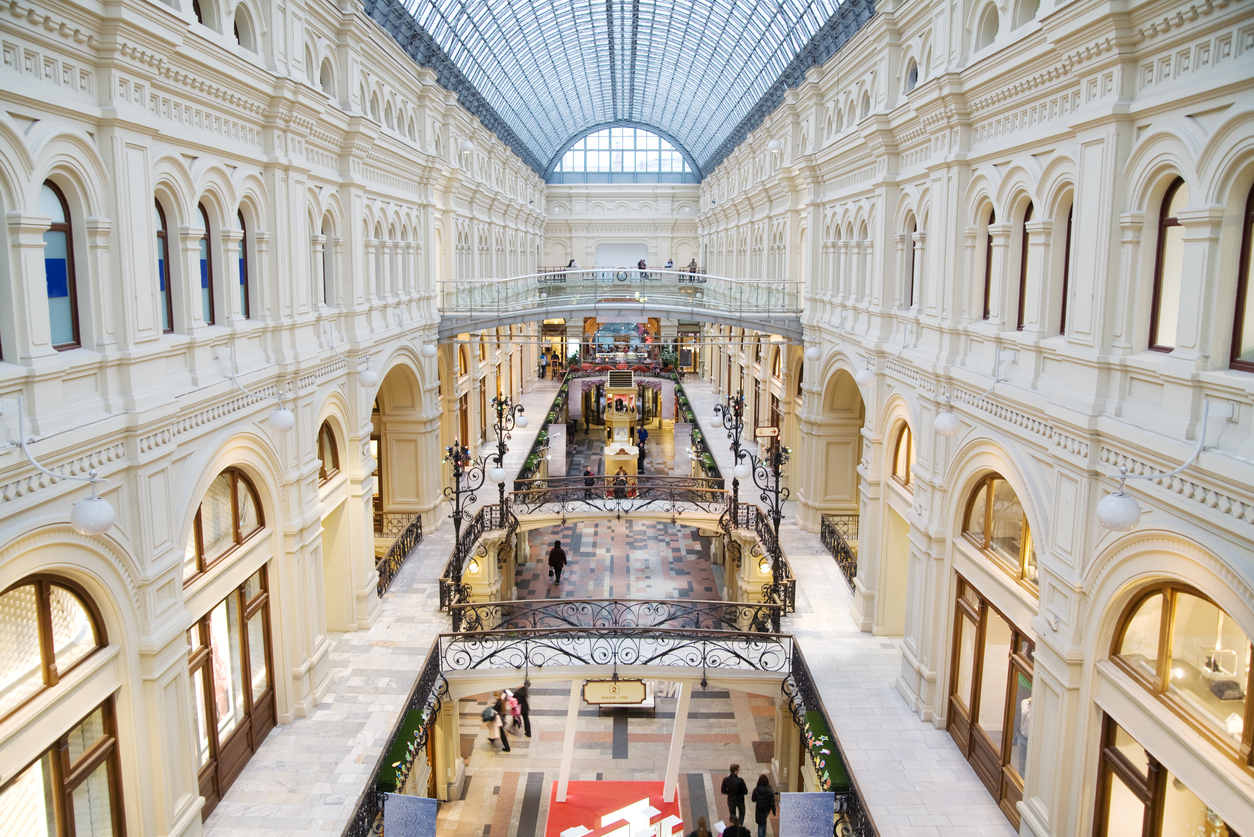 Built in the late 19th century, Moscow’s GUM department store is arguably the world’s most fascinating shopping mall. Located on the eastern side of Red Square, this vast ‘trading centre’ was nationalised at the time of the Russian Revolution, and was used as a state-funded department store to build communism through consumerism.

Jewels of Russia
Moscow to St Petersburg
Reveal the mysteries of Russia on a 15 day river cruise between Moscow and St Petersburg, cruise the majestic waterways on board the luxurious Scenic Tsar.
15 day
From (GBP)
£ 4,595
Discover