With its illustrious waterfront skyline, Auckland is a far cry from the wild natural wonders which stretch beyond the city’s limits.

Spanning a land mass between two harbours, New Zealand’s undisputed second city offers urban bustle amid the untamed beauty of the country’s North Island — making it a dream destination for those with a penchant for arts, shopping and culture.

Auckland, or The City of Sails as it’s affectionately known, straddles the Auckland volcanic field; a band of 50 or so volcanoes known to have produced 90 eruptions in the past 90,000 years. This, coupled with the large Polynesian population, gives Auckland a unique culture and cityscape that’s quite unlike any other city in the world.

Travel to Auckland as part of a Scenic Escorted Tour, and unearth the heritage, culture and attractions of one of the world’s most liveable cities. Here, we showcase the city’s cultural mainstays, illustrious history and culinary highlights.

Despite standing in a region of sublime natural wonder, Auckland is no blight on the landscape. On the contrary, this clean, cosmopolitan city is attuned to the beauty of its surroundings, a fact made evident by its collection of treasured heritage buildings and consciously-designed contemporary architecture. Discover a handful of the city’s architectural highlights below. Echoing the architectural style favoured in Europe in the 19th century, Auckland’s historic town hall is an opulent neo-Baroque building located on the corner of Queen Street in the centre of the city. One of the best ways to experience this iconic building is to enjoy a classical concert within the hall’s illustrious Concert Chamber. The Auckland Philharmonia Orchestra regularly performs in the venue, so it’s entirely possible your visit to the city will coincide with a performance. 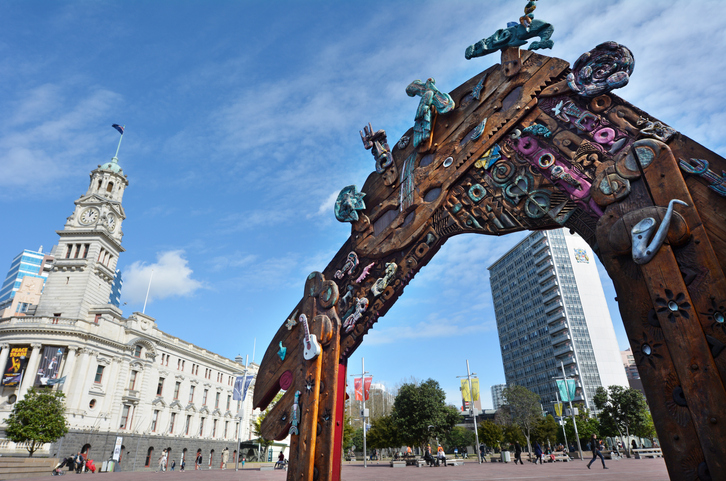 After a two-year redevelopment programme, the spectacular Aotea Square has emerged as Auckland’s largest open-air space, covering a total area of over 4,500 square metres. Located in the centre of the city’s central business district, the square is dotted with native trees that are complemented by several Māori sculptures, including the ‘Waharoa’ or ‘gateway’, an expressionist piece of art that reflects the city’s indigenous heritage. Aotea is a wonderful place to sit and take in your surrounds, with regular performances by local street artists and musicians to entertain the crowds.

For 20 years, the Sky Tower has dominated the Auckland skyline, rising to a staggering height of 328 metres. From the Sky Tower’s Observation Deck, you’ll enjoy a spectacular 360° panorama, with all of the Greater Auckland region’s historic landmarks and beauty spots laid before you. What’s more, Scenic guests can enjoy a memorable Freechoice dining experience in the SKYCITY dining and entertainment complex as part of our Royal New Zealand tour.

Countless cultures have contributed to Auckland’s culinary repertoire, gifting the city a truly unique and diverse foodie offering. Here, we shine a light on just three local favourites you should seek out during your visit to the city. 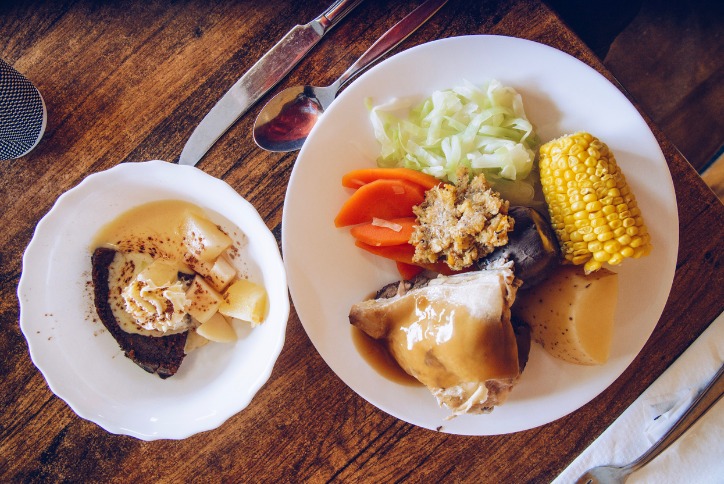 No visit to Auckland is complete without sampling Māori hangi. This traditional style of cooking involves slow-roasting ingredients in an underground pit, which is known locally as the ‘hangi’. Māori have been cooking this way for centuries, and hangi has experienced a resurgence in recent times, with several restaurants now specialising in traditional hangi dishes.

Where to try it: For an authentic take on local hangi cuisine, try The Māori Kitchen in Auckland’s docklands neighbourhood. 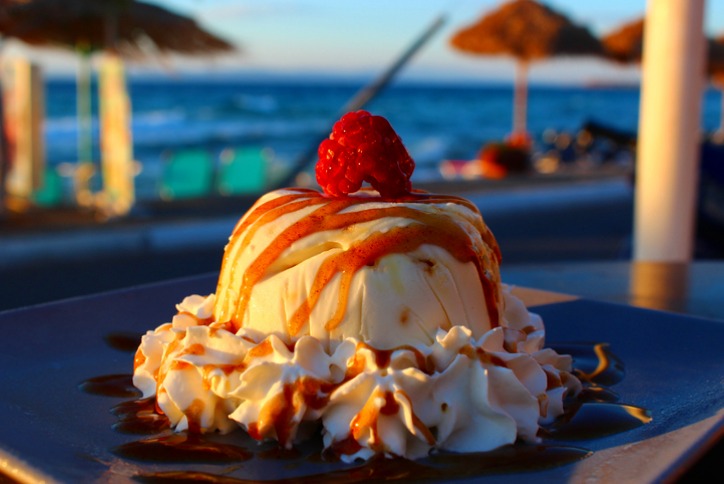 Ice cream may not be the first thing you think of when imagining food in New Zealand, but the kiwis take their frozen desserts very seriously. Hokey Pokey ice cream is without doubt the nation’s favourite, and comprises of caramel-flavoured ice cream topped with honeycomb pieces. You’ll find hokey pokey in ice cream parlours around the city, and it makes a wonderful cooling treat on a warm day.

Where to try it: Giapo ice cream parlour reputedly serves up some of Auckland’s finest hokey pokey; you’ll find it in the Central Business District.

One of New Zealand’s most popular foodie exports, manuka honey has found its way to health stores and supermarkets across the world, all thanks to its supposed medicinal benefits. Healthiness aside, manuka is delicious, and is best bought from local traders at one of Auckland’s charming weekly farmer’s or produce markets.

Where to try it: One of the most popular weekly markets in Auckland city, the La Cigale produce market is a great place to sample local artisanal produce, including manuka honey.

Arts, culture and fabulous food — what more could you want from an Auckland city tour? If you’re interested in visiting Auckland as part of an escorted tour, download our touring brochure to browse our range of handpicked luxury tours or call 0808 159 7989.