Shanghai is Chinese culture, commerce and tradition come to life.

The biggest city in China, it's a place where the ancient and modern come together, providing  a treasure trove of discoveries for the curious traveller - be it authentic local cuisine, awe-inspiring architecture or superb history and heritage.

Shanghai may look imposingly modern on the surface, but look closer and you’ll discover a wealth of culture and heritage spanning the city’s momentous timeline. From historic temples to the finest in French Colonial architecture, and one of the world’s best-preserved Old City quarters, Shanghai wears its influences and history proudly.

Whether you visit for the food, the culture or simply to marvel at the city’s iconic skyline, Shanghai promises to be one of the highlights of your journey through China with Scenic. One of the greatest juxtapositions of Shanghai comes on the banks of the Huángpû River, which effectively separates the old from the new. Developed in the early 20th century, the Bund was the Wall Street of Shanghai, with some of China’s most powerful banks and trading houses crammed into row upon row of art deco style buildings, built during the 1920s and 30s. What makes the area so interesting to explore today is its backdrop; across the river stands the futuristic skyline of the ultra-modern Pudong district, which has replaced the Bund as Shanghai’s commercial heart. The contrast is stark but endearing, and symbolic of Shanghai’s lightning-fast development into a global mega-city.

Explore the Bund with an expert guide on our Grand China cruise and tour.

Built over 400 years ago, the Yu Garden is one of modern Shanghai’s most visited attractions – and for good reason. Spanning over 20,000 square metres, this vast garden is rich with hidden pavilions, decorative halls, colourful pagodas and charming wooden bridges criss-crossing emerald green waterways. Classical Chinese architecture of the 16th century mingles with exquisite sculptures and stone carvings, complemented by a series of landscaped gardens which are designed to bring peace and happiness to those strolling through. Be sure to cross over Jiu Bridge too, which local people believe brings good luck.


Discover the beauty of Shanghai's Yu Garden on our amazing China tour. The crowning jewel of Shanghai’s Pudong financial quarter; Shanghai Tower is a massive skyscraper, measuring no less than 632 metres in height. Standing at the base of this colossus is truly humbling, and gives you a tangible sense of Shanghai’s financial might. The building consists of 127 floors and is home to several observation decks, each offering a unique aerial perspective of Shanghai. Its architectural design makes it one of the most unique skyscrapers on Earth, with the entire outer structure twisting upwards, making it look like a great coil rising out of the ground.

Savour a majestic view of the Shanghai skyline from the Shanghai Tower observation deck on our Journey to Shangri-La tour.

From Imperial dynasties to French colonialists, much has influenced Shanghai’s cultural heritage over the centuries, giving the city a whole host of unique customs and traditions. 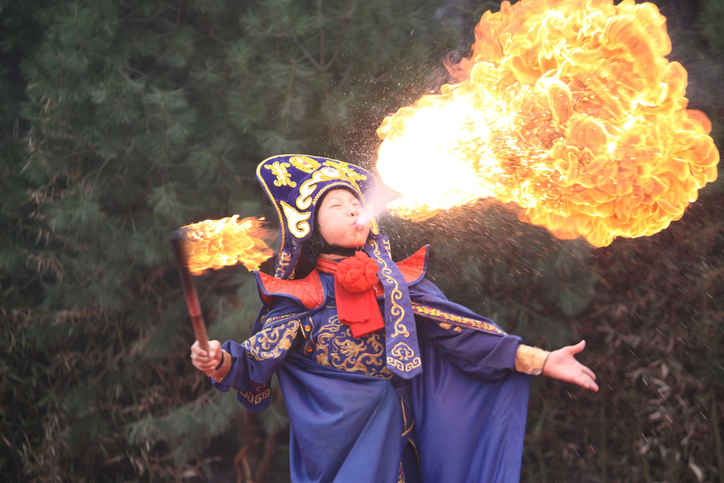 Despite originating in Beijing, Peking Opera has had a remarkable impact on cultural traditions across China – not least Shanghai, whose music, entertainment and acrobatics troupes pair elements of Peking with their own distinct performance styles. One of the most impressive and beloved Peking Opera-style performance groups in the city are the Shanghai Acrobats, whose dazzling show is a medley of circus, opera and thrilling aerial acrobatics. Travel to Shanghai with Scenic, and you’ll be given the opportunity to witness the remarkable skill of the Shanghai Acrobats as part of an exclusive performance. 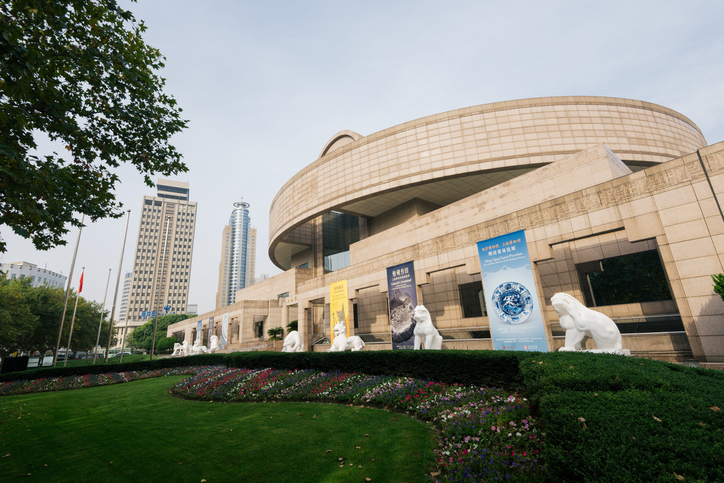 From the ancient to the contemporary, the Shanghai Museum introduces Chinese art in all its forms and guises – revealing much about the wisdom, philosophy and influences of the country’s great artists. The museum contains 11 galleries and three exhibition spaces, showcasing everything from Ancient bronze-ware to Qing Dynasty-era furniture and calligraphy from the Ming era. Shanghai Toiwerhe museum also contains some of the finest sculptures of Buddha in existence anywhere in the world, as well as a vast collection of ornate jade pieces which have long been seen as an example of China’s wealth and power. Surrounded by some of Shanghai’s most iconic attractions, including the Shanghai Municipal Government Mansion, Shanghai Museum, Urban Planning Exhibition Hall and the Grand Theatre; People’s Square is an important plaza in the heart of Shanghai, which was developed in 1949, when China emerged as the People’s Republic. By the end of 1993, People’s Square had become the largest public square in the city, covering a vast area of 140,000 square metres. Today, it serves as the city’s principal transport hub, and also contains a vast public park which is beloved for its population of white doves. With Scenic, you’ll explore the history and significance of People’s Square on an expert-led guided tour. 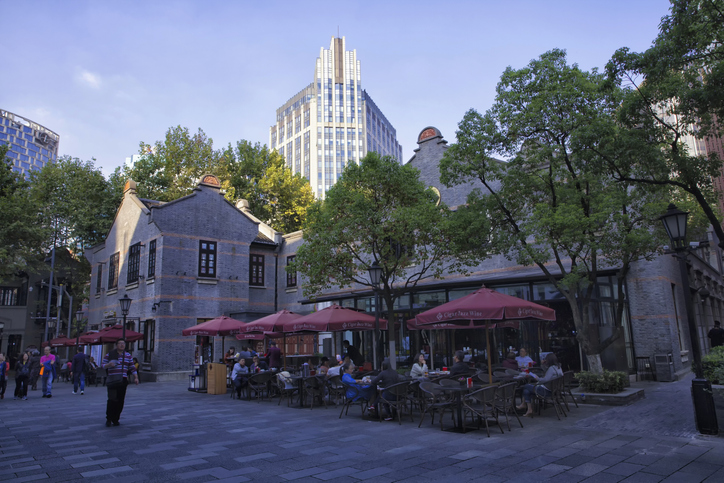 Tree-lined avenues, colonial-era buildings and dozens of charming local bars and restaurants; it’s small wonder Shanghai’s French Concession is often heralded as the best area of the city for visitors to explore. Established in 1849, this distinct area of the city began life as a dedicated French settlement, with limited access permitted to Shanghai’s native Han Chinese people. Over the decades, the French Concession gradually became a part of Shanghai, but it still retains a unique feel due to its French Colonial architecture, town plan and picturesque tree-lined avenues. Shopping, food and historic architecture today make this area one of the most popular in Shanghai, and it’s well worth exploring during your downtime in the city.

Expect nothing less than exemplary local cuisine on your visit to Shanghai. From delicious a la carte dining to authentic and beloved street food, the city puts on a culinary showcase like no other. Here are some of our must-try dishes and where to find them. 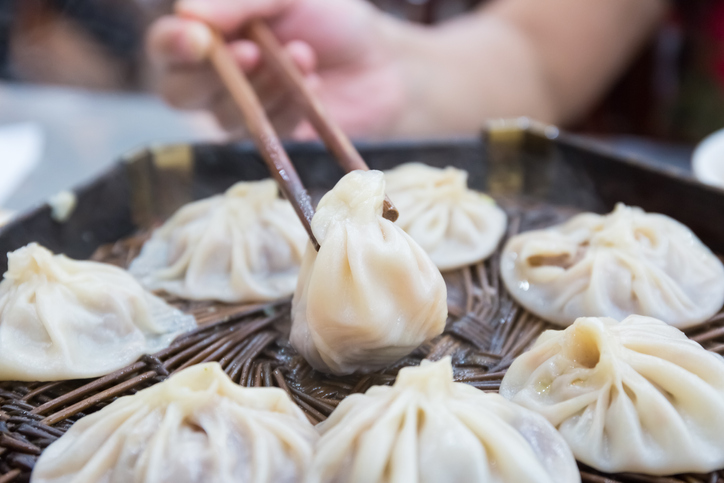 Regarded as one of the staple dishes of Shanghai; Xiaolongbao are delicious soup dumplings, served in a thin pastry and often containing a filling of pork, shrimp, vegetable or crab. Served piping hot in bamboo baskets from stalls across the city, Xiaolongbao (pronounced ‘sshyaow-long-baow’) are usually accompanied by a hot broth, with optional soy sauce and vinegar. If you don’t like the idea of eating on the street, many restaurants offer their take on this classic Shanghai delicacy.

he Xintiandi Pedestrian and Dining Area

The Xintiandi Pedestrian and Dining Area is a wonderful car-free area of the former French Concession, where you can enjoy all manner of local cuisine, including Xiaolongbao. 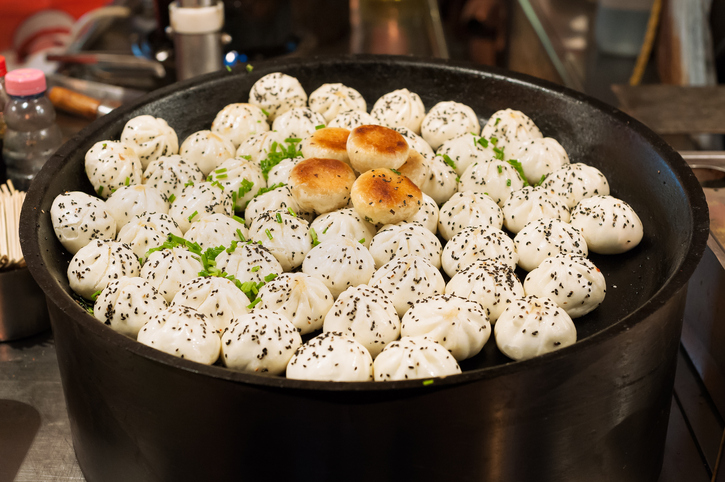 Fried pork buns, which are known locally as dim sum, are an undisputed classic of Shanghai’s street food scene – with a recipe dating back over a century. These delicious savoury parcels are made from semi-fermented dough, which is fried in a wok with a little water and stuffed with a filling of fresh meat, sesame and spring onions. They’re considered a snack in Shanghai, so it’s more than acceptable to treat yourself to one between meals.

Regularly winning awards for its dumplings and pork buns, Xiao Yang Shen Jian is an affordable local chain restaurant in Shanghai that is revered for its delicious take on Chinese street food staples. 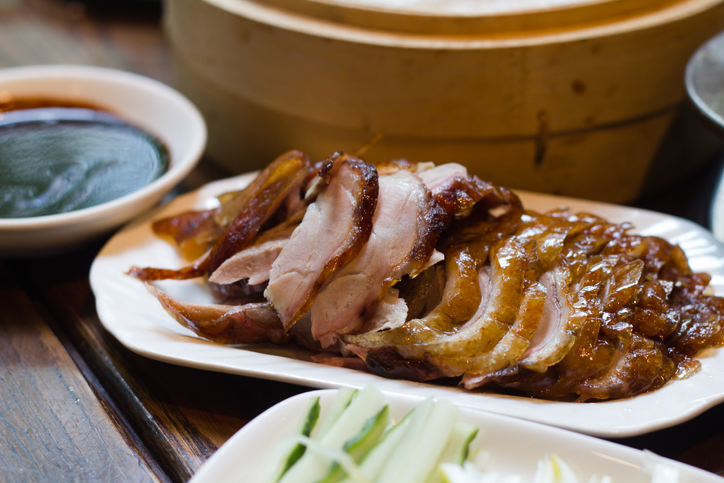 Peking Duck may have originated in Beijing, but it’s considered a delicacy in Shanghai too, and many would argue that some of China’s best roast duck is found in the country’s second city. Shanghai Peking Duck is paired with spring onions, steamed pancakes and a delicious fiery hoisin paste, with the duck roasted on an open fire in the traditional Cantonese style. Peking Duck is a popular restaurant dish, and many eateries in the city specialise in it. Traditional Peking Duck is served with more skin than meat, so don’t be alarmed if your slices look a little on the thin side.

You’ll find Peking Duck at restaurants throughout Shanghai, but if you want to recreate the flavours of this iconic Chinese dish back home, take a look at this recipe.

If you’re fascinated by Shanghai, download our Asia and the Far East 2019/20 brochure to explore our range of luxury escorted tours in China, or call our team today on 0808 301 7909.