Sydney, or ‘The Harbour City’ as it’s known down under, is a global city whose culture and heritage provides ample opportunity for urban exploration.

Unfolding for miles along the sun-drenched coast of New South Wales and flanked by the colourful Tasman Sea, Sydney is as synonymous with contemporary architecture as it is with sun, sea and surf.

First inhabited by European settlers in 1788, Sydney has risen from a penal colony to become a major cultural and financial centre. The city is built on the banks of the world’s largest natural harbour, giving it a maritime flavour quite unlike any other major global metropolis. Couple that with Sydney’s rich indigenous heritage, and the city reveals itself to be a truly captivating destination.

For those keen to unearth Sydney’s urban charm as part of a Scenic Escorted tour, here we highlight a selection of the city’s favourite cultural and architectural hotspots — from Boomalli to the Museum of Contemporary Art — before taking a closer look at its history and foodie highlights.

From Sydney Tower to the Opera House, it’s hard to think of a city with a more recognisable skyline than Sydney. Flanked by one of the world’s most beautiful natural harbours, this is a city of a grand scale and rich architectural heritage. Explore some of its highlights below.

Opened in 1932, Sydney Harbour Bridge has become an icon of the Sydney skyline, spanning the city’s spectacular natural harbour from the central business district to the North Shore. Constructed from steel, the bridge comprises of 53,000 tonnes of metal and six-million hand-driven rivets, making it one of the world’s great engineering feats. Walking the bridge is a popular pastime for Sydney locals, but with Scenic, you’ll have the memorable opportunity to see the bridge from the air during an unforgettable seaplane flight over the harbour.

Plastered on postcards and recognisable the world over, the Sydney Opera House is without doubt the city’s most esteemed landmark. Designed by Danish architect, Jørn Utzon, and first opened in 1973, the Opera House has since hosted a number of significant events, and became a World Heritage-listed Site in 2007. For those visiting Sydney today, the Opera House offers the perfect backdrop for a family portrait, or else the ideal opportunity to enjoy a performance by The Australian Ballet, Sydney Theatre Company or the Sydney Symphony Orchestra.

To acclimatise to Sydney’s spectacular architecture and culture in one fell swoop, make straight for The Rocks. Inhabited by indigenous tribesmen for thousands of years, The Rocks is reputed to be the first place European settlers pitched their tents upon landing on the shores of Oz. Now, The Rocks comprise of a maze of narrow streets lined with historic homesteads, including Cadman’s Cottage, built in 1816. The area contains no fewer than 100 heritage sites and attractions, making it a one-stop destination to get to grips with the history and heritage of this great city.

Discover historic and contemporary culture in equal measure; Sydney is a progressive, forward-thinking city still in touch with its roots. With museums, galleries and exhibition venues aplenty, the city is a feast for culture seekers, street strollers and amateur photographers alike.

Celebrating its 29th birthday in 2016, the Boomalli Aboriginal Artists Cooperative is Australia’s oldest arts centre solely dedicated to showcasing works from indigenous artists in New South Wales and beyond. Since its formation, the centre has amassed some 300 pieces of original art from some of the region’s most celebrated aborigine creatives, making for a truly vibrant spectacle. For anyone interested in Australia’s aboriginal heritage, this ought to be number one on your list of Sydney must-sees. 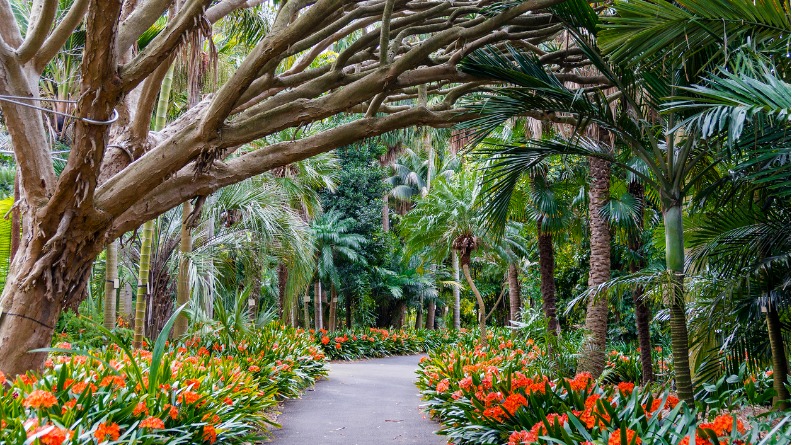 Located on the edge of Sydney Harbour, the Royal Botanic Garden is an oasis of calm away from the bustle of the centre. Stunning views over the water towards the Opera House and Harbour Bridge make this one of Sydney’s most scenic spots, while there’s plenty to see and do around the park as well. Daily Aboriginal heritage tours introduce native plants which are still highly-prized by indigenous people as a source of food and medicine, whilst The Calyx provides a showcase of stunning exotic flora, the likes of which few Europeans have ever seen. 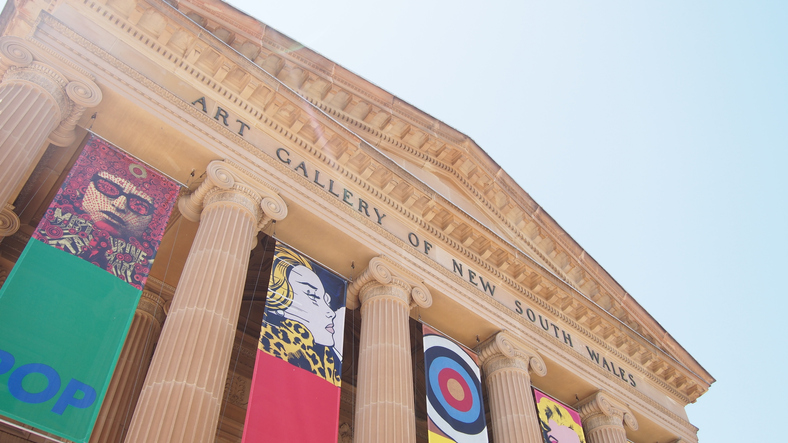 Established in 1871, the Art Gallery of New South Wales has been described as the world’s most beautiful art museum, on account of its fine neoclassical architecture and colourful collection of works from artists across New South Wales. The gallery curates works from 19th-century European masters, indigenous Aborigines and contemporary artists, giving visitors a diverse collection to explore. As well as the permanent collection, up to 30 exhibitions are held in the gallery each year, including the flagship Archibald Prize and ARTEXPRESS.

Whatever is on your agenda down under, Sydney provides everything you could ever hope for. To enjoy the city to its fullest, visit the Scenic website, where you’ll find a complete selection of escorted tours to Australia and beyond. Alternatively, call our team today on 0808 301 4670.