With its raft of prestigious landmarks, no city on Earth is as instantly recognisable as Paris. From Notre Dame to the Eiffel Tower, The Louvre to the Sacré-Coeur; this is a city characterised by its renowned architectural gems, each of which has come to epitomise the City of Light.

But naturally, there’s more to ‘Gay Paree’ than a handful of prestigious heritage sites. Venture from the tourist trail in any of the city’s central arrondissements, and you’ll uncover nostalgic treasures capable of breathing new charm and character into any sightseeing tour.

For those visiting Paris during a luxury river cruise on the Seine, here we discover eight of the French capital’s best hidden gems.

The Moulin Rouge may draw the greatest crowds, but it lacks the charm and history of its smaller cabaret rival, Au Lapin Agile. Tucked away amid the sloping cobblestones of Montmartre, this charming cabaret house showcases classic French music, dance and poetry, and was a favourite watering hole of such unknowns as Picasso, Utrillo and Matisse, who would pay for their drinks with art.

Au Lapin Agile’s entry fee may be steeper than the surrounding boulevards (€28), but it’s worth it if you want to experience the quintessential Parisian cabaret without braving the queue at Moulin Rouge. 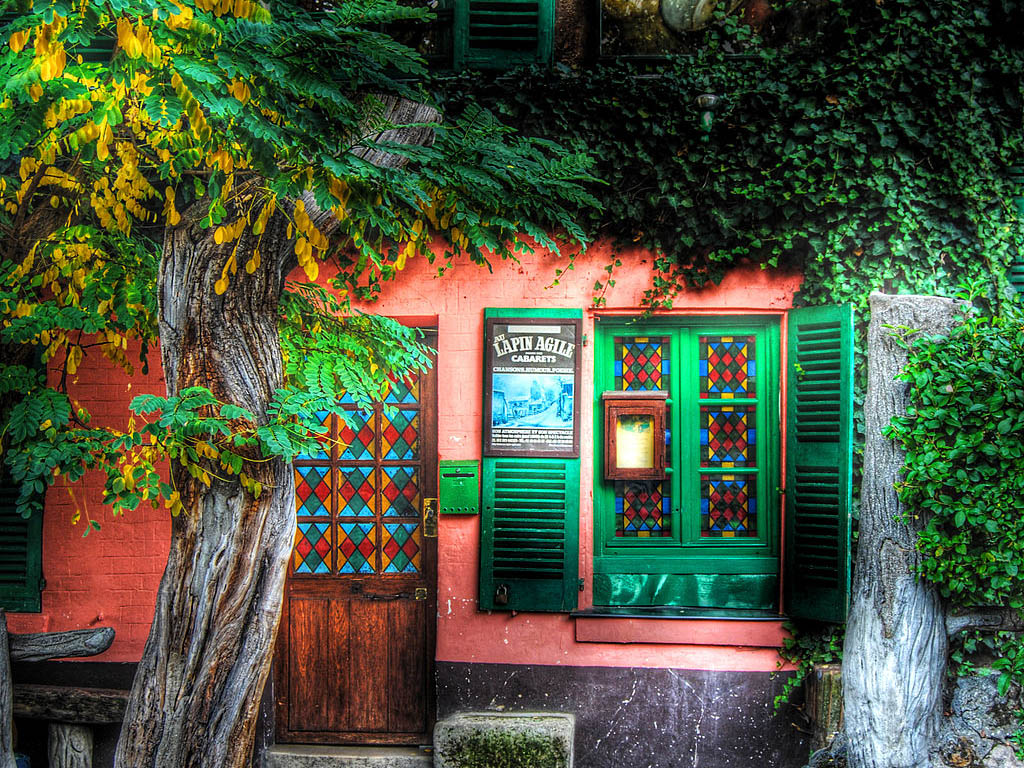 The 19th is the least touristy of all Paris’ arrondissements, and this is echoed in the district’s crowning park, the Parc des Buttes Chaumont. Jutting above the surrounding streets, and stretching for some sixty hectares, the park offers inspiring vistas over Paris to rival those of the Sacré-Coeur — which itself can also be spotted from the summit of Buttes Chaumont.

Fine views aren’t the only distraction offered by this beautiful park, however. Parc des Buttes Chaumont is home to a 30m waterfall, a temple, a lake, a suspension bridge and a grotto, making it one of the most fulfilling days out within the limits of the city.

Learning about the Parisian sewerage system might not sound like the dreamiest way to spend a day in the City of Light, but this immersive heritage centre is much more than just your standard, artefact-laden museum. The centre gives visitors the opportunity to descend into a, thankfully now empty, former sewer, which is thought to have been constructed in the 12th century. Large stretches of this historic sewer network are available to explore, with each segment documenting another epoch in Parisian history — for a unique insight into the heritage of the city. Paris is renowned for its exceptional perfumeries, many of which can be found in the 8th arrondissement of the city, close to the prestigious Champs-Élysées. And while a bottle of classic French perfume would certainly make a wonderful souvenir to remind you of your trip to Paris, a more personal and unforgettable option exists in the form of Studio des Parfums.

Situated in Le Marais, arguably Paris’ chicest and most historic quarter, Studio des Parfums is a small perfumery which deals in bespoke scents custom-made to a visitor’s preferred combination. The shop is governed by skilled perfumer, Sophie, who creates a signature scent for every one of her patrons based on their favourite smells and personality. While Sophie’s creations don’t come cheap, they certainly make a wonderful keepsake to remember your time in the French capital.

Choosing a place to eat or drink during a visit to Paris is daunting, with hundreds of options catering to different tastes and budgets across the city. With this in mind, allow us to make the decision a little easier, by introducing you to arguably one of the city’s finest bars and eateries — Le Rubis.

While many of the city’s bars, cafes and restaurants have lost an ounce of their original authenticity, Le Rubis has retained a level of rustic French charm and character seemingly unheard of in the centre of Paris. With a simple menu of French dishes, a magnificent roster of local wines, and a nostalgic soundscape of coffee table jazz and idle chatter, this is the perfect place to immerse yourself in what it means to be Parisian. With its dimly-lit interior, La Belle Époque-era artwork and ceramic jugs brimming with freshly made sangria, Le Bar Dix could be mistaken for one of Hemingway’s favourite drinking haunts. But in fact, this charming little St Germain des Prés watering hole has only been around since the 1950s, with all of its 1920s charm coming from its interior flourishes, relentless jazz and scholarly patrons.

For those looking for a bar in which to have a little fun after a decadent feast in one of St Germain’s many fabulous restaurants, Le Bar Dix could be the one to transport you back to Paris’ supposed golden age.

While there’s no disputing the exceptional panorama offered at the tip of the Eiffel Tower, the long wait time and high price tag somewhat diminish the magic of scaling this classic structure. For those adamant on seeing the Paris skyline, make for the Meudon Observatoire, a 19th-century observatory on the outskirts of the city whose aspect offers a majestic vista — and, happily, with the Eiffel Tower included.

Though located outside of the city, the Meudon Observatoire is relatively easy to get to, and is an astonishing landmark in itself, with a vast domed roof set in striking contrast with the building’s elegant neoclassical design. Paris’ historic Le Marais quarter is teeming with hidden treasures, it being one of the oldest and most labyrinthine areas of the city. Hidden away from the fashionable shopping streets are a series of 17th-century mansions, each with its own adjoining grounds and garden. Many of these small gardens are open to the public to enter and enjoy at their leisure, providing a peaceful respite from the hubbub of the city.

One of the best of Marais’ ‘secret’ gardens is Jardin Anne Frank, a beautifully-landscaped plot dedicated to the renowned diarist. The garden is split into three distinct sections, including a contemporary garden, an orchard and a much older French formal garden. There are a number of places to sit and enjoy the peaceful surroundings, and many Parisians can be found here enjoying the sunshine on a summer’s day.

Book your place on a luxury Seine river cruise with Scenic, and you’ll be given the opportunity to explore Paris at your own pace — taking in its major landmarks or savouring its hidden treasures. For more information, or to book, call us now on 0808 274 1366 and we’ll be happy to help you.