Few national soundtracks capture the history, culture and identity of people and place like fado. This is the musical expression of Portugal, a version of the blues entrenched in working-class, seafaring folklore, yet rich with the swagger of Lisbon, Coimbra and the sun-kissed Atlantic coast.

To hear fado is to feel the heartbeat of Portugal. Navigate the cobbled byways of Lisbon, slip inside a traditional tasca, and experience a rhapsody of melancholy and heartbreak. Within stands the fadista, their vocal heavy with saudade – an expression capturing the longing for something lost – belting lingering ballads of lost sailors, broken hearts and tempestuous passion, their song driven by the evocative rhythm of the Portuguese 12-string guitar.

Fado, which originates from the Latin for ‘fate’ or ‘destiny’, was first heard drifting from the raucous fisherman’s taverns of Lisbon’s Alfama district in the early 19th century. Sang almost exclusively by women, fado is said to have taken influence from Moorish folk ballads, as well as the cantigas de amigo, ‘friends songs’, of the Medieval era. It was, and remains, the musical dialogue of the working classes, and its legacy is such that, in 2011, it was added to the UNESCO Intangible Cultural Heritage List of Portugal.

At Scenic, we invite you to experience the aching beauty of fado as part of our Unforgettable Douro with Lisbon luxury river cruise itinerary. Trace the legacy of the genre from its roots in Lisbon and Coimbra to its influence in the northern uplands of the Douro, savouring special experiences which unveil the cultural grandeur of Portugal from north to south, east to west.

To help inspire your next visit to western Iberia, here we explore the wonder of Portuguese fado, from its renowned performers and varying styles, to the wonderful clubs, bars and restaurants which pay homage to this captivating musical form.

The Enduring Legacy of Fado: From its Famous Fadistas to its Notable Forms

In the early 19th century, Portugal had lost much of the seafaring power amassed during the Age of Discovery, with the country weakened by Napoleonic occupation and the loss of its largest colony, Brazil. This, coupled with a powerful earthquake which all but destroyed Lisbon in 1755, cultivated a lingering feeling of melancholia across the country, a sense of wistful sadness and nostalgia which would go on to influence the earliest forms of fado.

In Lisbon’s portside neighbourhoods of Alfama, Mouraria and Bairro Alto, women began serenading sailors and working men with songs of heartbreak and longing which captured the collective mood of the country. Accompanied by the rhythm of a 12-string guitar, these early fadistas sung of souls lost at sea and the pain felt by those left behind. One of the most famous of these early singers was Maria Severa Onofriana, a courtesan whose legacy of singing in the taverns of Alfama helped shape the fado genre so beloved today.

As the popularity of traditional fado began to flourish in Lisbon, its influence spread to Coimbra, the ancient former capital of Portugal. Here, it was adopted as the official musical form of the University of Coimbra, and went on to become an intrinsic part of the academic traditions of the university. This gave rise to two distinct forms of fado, split between the genre’s birthplace in Lisbon and its new home in Coimbra.

Below, we explore the two main varieties of fado, so you can easily differentiate between the two unique performance styles.

Lisbon’s localised genre of fado is the most popular and well-known form, and remains true to its early origins in the taverns of the city’s port communities. Lisbon fado is almost always performed by women, and is accompanied by the Guitarra Portuguesa, the distinctive 12-string guitar of Portugal, and often a viola. In musical terms, traditional fado ballads follow a double-time rhythm, with singers often using rubato, whereby the final note is held for dramatic effect. In Lisbon, it’s customary to clap your hands in applause following the end of a fado song, and to remain silent throughout the performance.

After fado found its way to Coimbra, its character changed dramatically through the influence of the academic traditions of the city’s university. In Coimbra, fado is sung exclusively by men dressed in the academic outfit of the university, including a dark robe, cape and leggings. This tradition takes influence from the image of the Medieval troubadour, with fado performances taking place in dark city streets or plazas, most famously at the Old Cathedral of Coimbra and the Santa Cruz Monastery. Singers often quote lines from classical poetry, adapting it into folklore ballads which rely on a Guitarra Portuguesa and viola tuned differently to those used in Lisbon. And, uniquely, to applaud a Coimbra fado, you don’t clap your hands, but cough and clear your throat.

Amália Rodrigues – The ‘Queen of Fado’

While fado had steadily become the soundtrack of Portugal’s working classes throughout the 19th and early 20th centuries, it remained relatively unknown to the rest of Europe. This changed with the emergence of Amália Rodrigues in the late 1930s, a formidable Lisbon-born fadista who brought the time-honoured tradition of Lisbon fado to the world, earning her the title of Rainha do Fado, or ‘Queen of Fado’. In her 50-year career, Rodrigues became a figurehead in the revival of fado music, selling over 30 million albums worldwide and bringing the genre to a mass audience. Her trademark red lipstick and black shawl came to embody the melancholic power of the fado tradition, and she remains an iconic figure in popular music and Portugal’s biggest-selling artist in history.

Where to experience Portuguese Fado in Lisbon

Lisbon is dotted with clubs, restaurants and historic taverns dedicated to preserving and showcasing the tradition of fado music. Since Amália Rodrigues spearheaded a resurgence in popularity for traditional fado, two types of clubs have emerged to offer a platform for today’s fado musicians – the tasca and the adega típicas. These distinct venues each offer a different experience of fado music, but both are not to be missed during your time in the Portuguese capital. 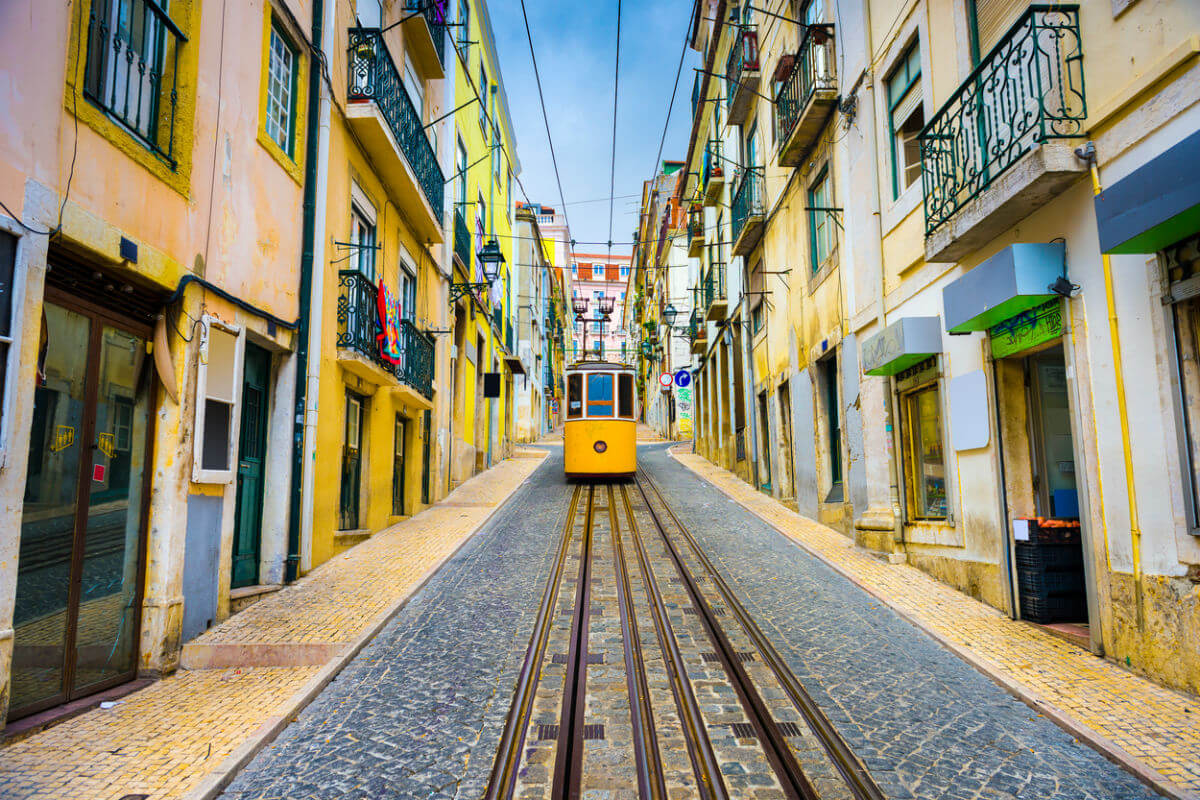 Below, we look at some of the best tasca and adega music venues where you can experience fado in Lisbon.

Though less refined and formal than the professional adega típicas, the open-mic nature of Lisbon’s tasca fado clubs is suggestive of the early days of the genre, and in many ways more exciting. These are small, charming and intimate venues, tucked away down winding alleyways that attract more locals than tourists, adding to the authenticity of the experience. Unscripted and unrehearsed, tascas attract aspiring professionals and veteran fadistas alike, so you never quite know what the evening might have in store. Here is our pick of the finest tasca clubs in Lisbon.

Lisbon’s adega fado clubs offer a refined and professional performance, and often feature some of the country’s best-loved fado singers and musicians. The adega experience is a full show and dinner occasion, with singers bursting into song the moment the dinner tables are cleared. You’ll likely need to make a reservation to enjoy a show at an adega típicas in Lisbon, and this can often be done in-person at the venue on the afternoon of the performance. Expect great food and wonderful performances from a roster of professional musicians – here is our choice of the finest fado adegas in Lisbon.

Experience the joy of Fado with Scenic

Fado is just one of the many highlights that await in Portugal, a destination renowned for its relaxed pace of life, colourful heritage and world-class food, drink and produce. Our Unforgettable Douro with Lisbon river cruise marries the thrill of a 3-night city break in the Portuguese capital with an enthralling luxury river cruise on the Douro, giving you the chance to enjoy the cultural showcase of Lisbon and the spectacular vistas of the rural north.

For more information on our wonderful Douro river cruises, or to book, visit the homepage or call us now on 0808 250 1331.