A History of Opera in Europe

‘Opera is complex for those who perform it, but also for those who listen to it. It takes more time, more patience and more spirit of sacrifice. All this is well worth it, though, because opera offers such deep sensations that they will remain in the heart for a lifetime.’ — Andrea Bocelli

There are few finer forms of entertainment than an evening at the opera. From the entrancing melodrama to the elegant surrounds; there is something uniquely special about celebrating in this timeless art form. The opera provides us with a sensory journey, awakening feelings of nostalgia, joy and sadness as the story unfolds before us. In short, a night at the opera is one you’re sure to never forget.

Given its significant impact on European culture and the arts; opera is something we’re passionate about here at Scenic, and something we’re keen to share and enjoy with our discerning river cruise guests. So if you’re a fan of this historic art form, join us as we take a look back at the history of opera in Europe. 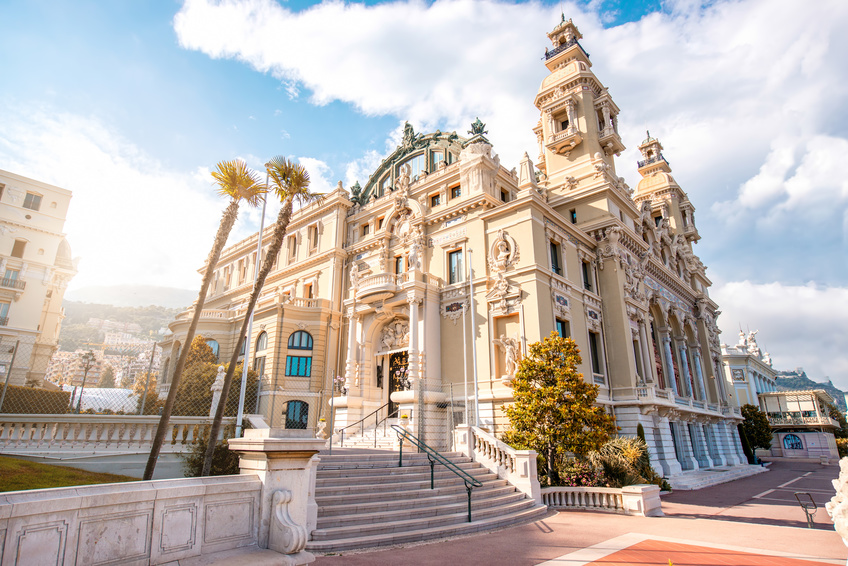 The Origins of Opera

The term ‘opera’ emerged in the late 16th century when Italian composer, Jacopo Peri, wrote the musical play, Dafne, which is now considered the earliest known work of opera. Peri was inspired to compose his opera by an elite circle of Florentine humanists, collectively known as the ‘Camerata de’ Bardi’, who shared the belief that classical Greek dramas were originally sung, not simply read aloud.

Sadly, the original libretto (words) for Peri’s Dafne were lost, though not before inspiring other composers to try their hand at this newly-developed form of melodrama. In 1607, Claudio Monteverdi composed L’Orfeo for the court of Mantua, Italy. Monteverdi’s opera proved enduringly popular, and is now among the oldest operatic compositions still regularly performed.

In the early 17th century, the popularity of Italian opera grew, with regular performances taking place in courts across Italy and some parts of Europe. During this time there were few established opera singers, so courts would have to employ the best vocalists they could muster to perform the compositions, with varying success.

However, the growing popularity of operatic productions gave rise to specialist vocalists capable of delivering the complex melodies and lyrics which became synonymous with modern opera. One of the earliest dedicated opera singers was Madama Europa, the stage name for Europa Rossi, who sang regularly in the court of Ferrara, Italy, among others.

Throughout the 17th century, a growing interest in this new entertainment form led opera beyond the courts of Italy and into theatres and concert halls across Europe. This new type of ticketed performance first emerged in Venice in 1637, where Monteverdi went on to compose and perform his last two operas, Il ritorno d’Ulisse in patria and L’incoronazione di Poppea. Monteverdi found fame thanks to friend and fellow opera lover, Francesco Cavalli, who helped to spread opera throughout Italy and beyond. 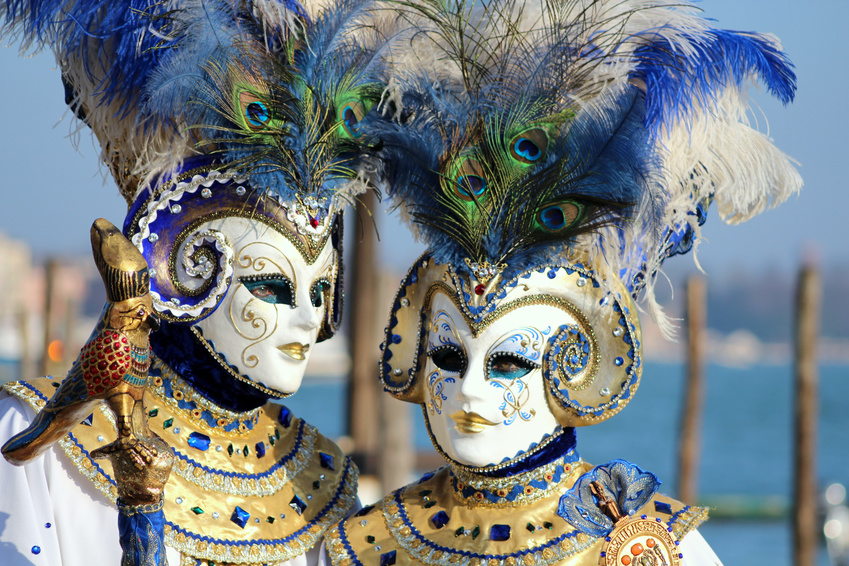 Early Baroque operas relied on a blend of broad comedy and elements of tragedy, which although popular, were soon shunned by the educated gentry in favour of more complex and emotionally relatable performances. This led to the first major reform in classic Italian opera, a movement spearheaded by the Arcadian Academy, in which comedic elements within an opera were reserved only for opera buffa — a type of exaggerated comedic opera.

What emerged from the Arcadian Academy’s interjection was a new form of opera known as opera seria. This was typified by its highly stylised form and elevated tone, with long de capo aria sections complementing a secco recitative, which in layman’s terms means long solo performances by a single singer. Opera seria performances gave singers the opportunity to showcase their virtuosic style, something which led to a ‘golden age’ of the movement in which lead opera seria vocalists became the stars of their age.

By the mid-18th century, opera seria was performed in opera houses across Europe, though its popularity had started to wane, with many criticising the movement for relying too much on dramatic spectacle and not enough on vocal purity. Even the early masters of opera seria, including Christoph Willbald Gluck, Nicollo Jommelli and Wolfgang Mozart, were unable to succeed in bringing the art form back from the brink of obscurity, and by the beginning of the 19th century it had fallen completely out of favour.

Thanks to the success of Mozart’s Singspiel, as well as his 1791 composition, Die Zauberflote, other German composers, including Ludwig van Beethoven, were able to continue with the tradition. Indeed, it was Beethoven’s Fidelio, as well as Carl Maria von Weber’s Der Freischutz, which gave rise to the new German Romantic opera, which was created in direct opposition to the dominant Italian style of bel canto. Other German-speaking opera composers of the time included such masters as Marschner, Lortzing, Schubert and of course, Richard Wagner. Wagner remains one of the most revolutionary figures in operatic history, responsible for turning the traditional opera on its head with his Gesamtkunstwerk concept. Uniquely for the time, Wagner both composed the music and wrote the libretto for all of his operas, and also devised a completely new way of performing which combined music, poetry and painting. He also increased the role of the orchestra in operatic productions, composing complex leitmotifs which gave more depth and character to the on-stage performance.

No other composer had such an impact on opera as Wagner, and his legacy is still keenly felt today, even in traditional Italian productions. Even masters such as Richard Strauss were initially perturbed by Wagner’s creative genius, believing Wagner’s influence and contribution to the operatic arts to be insurmountable.

Wagnerism and the Modern Age of Opera

Operatic modernism was particularly prevalent in Vienna, where two Viennese composers, Arnold Schoenberg and his student Alban Berg, were experimenting with a new form of opera which relied on atonality (meaning music without a tonal key). Schoenberg in particular became a master of atonal opera, showcasing this unique style in early works such as Erwartung and Die gluckliche Hand. 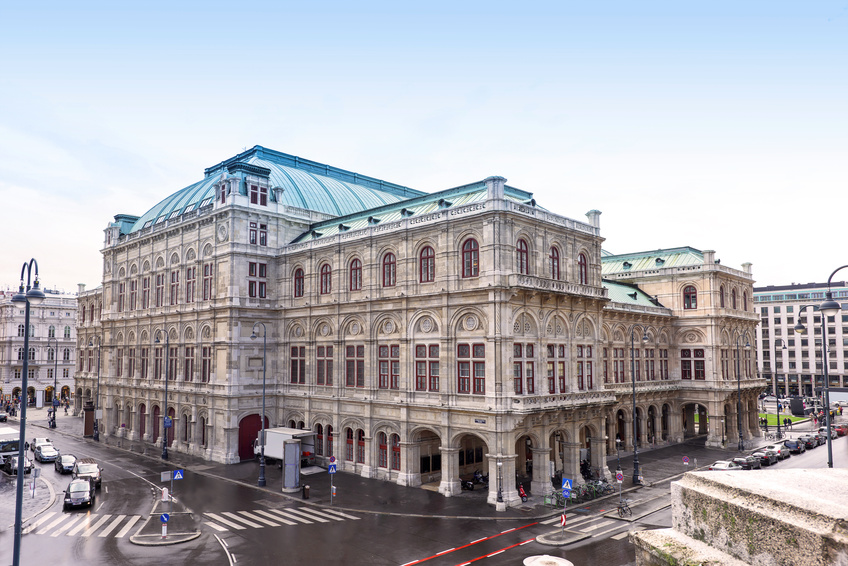 Other modernist composers of the time included Benjamin Britten, Hans Werner Henze, Dmitri Shostakovich and Philip Glass, whose minimalist style took Schoenberg’s atonality one-step further. Despite the popularity and interest in modernist opera, the use of atonality sparked a huge backlash, with many critics yearning for a return to the more classic form.

European Opera in the Present Day

Today, opera joins the ballet as one of Europe’s most exclusive forms of evening entertainment. From the classic Italians to the Germanic masters, performances of some of history’s most evocative operatic compositions can be enjoyed in celebrated concert venues across Europe — from the Paris Opéra and the Vienna Staatsoper to The Bolshoi in Moscow and Budapest’s world-renowned Hungarian State Opera House.

Join Scenic for a luxury river cruise on the waters of Europe, and discover the musical legacy of some of the continent’s most celebrated operatic cities, including Vienna, Paris, Český Krumlov and Cologne. We’re delighted to be hosting an exclusive Gems of the Danube river cruise, with very special guest Paul Potts.

Alternatively, to find out more about our collection of luxury European river cruises, visit the homepage or call us on 0808 231 9738.