A Journey to 14 of Europe’s Finest Castles

Steeped in history, legends and fairy tales, the great castles of Europe provide a gateway to the ancient past, helping you to unearth the continent’s most fascinating customs, traditions and stories. These vast stone monoliths litter the landscape from the sunlit slopes of Portugal to the bracing Normandy coast, standing as an enduring testament to the cultures and civilisations lost to the passage of time.

Join us for a luxury river cruise on any of Europe’s rivers, and you’ll encounter no shortage of inspiring castles, keeps and fortresses. The banks of these once pivotal trading routes boast some of the finest castles on the continent, and our flexible Freechoice programme means you can experience them up close or from afar.

To encourage you to explore these wonderful landmarks for yourself, here we showcase 14 of Europe’s finest castles — from Marksburg to Roquetaillade.

Looming over the town of Braubach in the heart of the captivating Rhineland, Marksburg Castle is one of the most recognisable castles in Europe, and a highlight during any Rhine river cruise. Built in the 12th century, the castle survived a tumultuous timeline marred by bloody sieges, and now stands as one of the best examples of a bergfried-style castle in Germany. 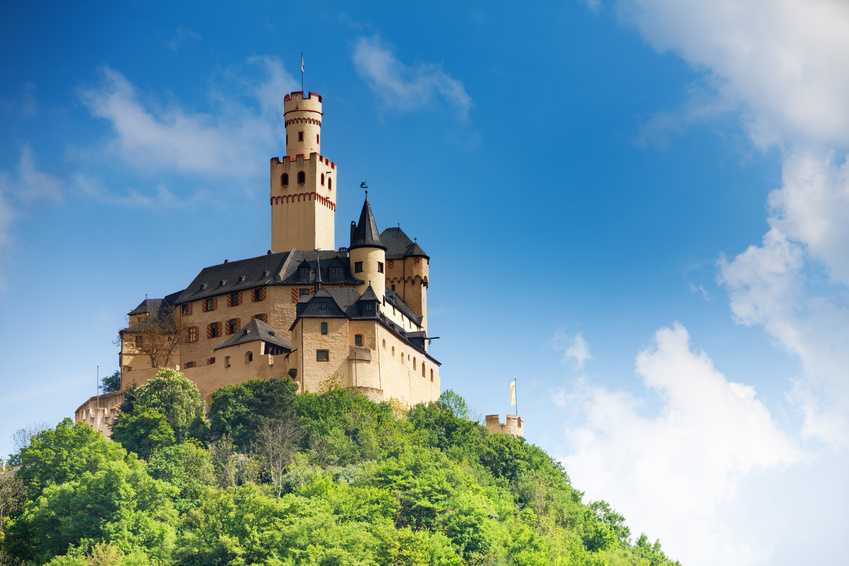 Originally built in the 12th century, Český Krumlov Castle stands at the heart of the beautiful city of Český Krumlov, in the South Bohemian region of the Czech Republic. Covering a large area of the city’s World Heritage-listed centre, the castle has been transformed over the centuries by several restoration projects, and is now more akin to a Baroque palace than a medieval fortress, making for a truly fascinating visit.

Salzburg has all the trappings of a fairy-tale alpine city, including an arresting hilltop castle, the Hohensalzburg. This imposing building sits atop the Festungsberg, a small hill overlooking the city, and is visible for miles around thanks to its fortified, snow white battlements. Pay a visit to Hohensalzburg, and you’ll find more than just a hill fort, however. The castle comprises of several distinct areas, with surprises around every corner. 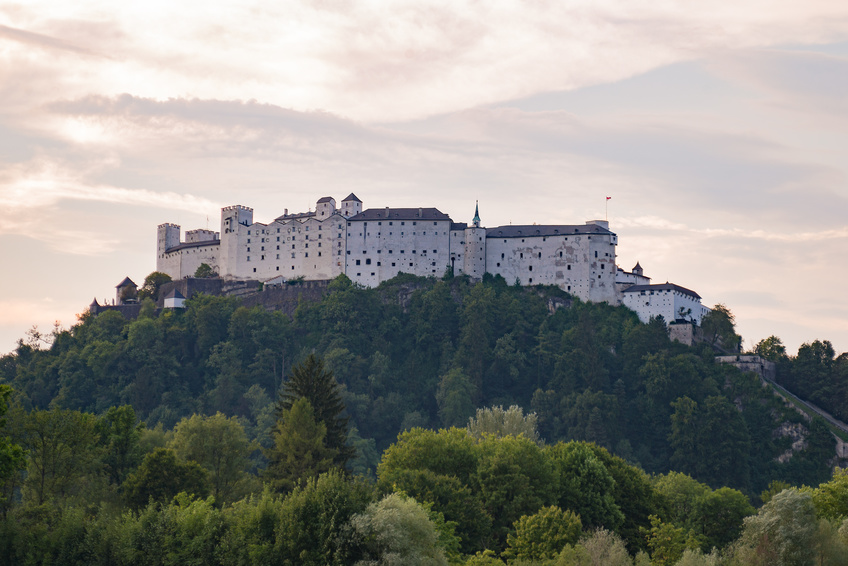 Rousing and evocative, the ruinous shell of Burgruine Dürnstein conjures myths and legends of every sort from its strategic position on the banks of the Danube. Incredibly, Richard I of England was held prisoner here in 1192 by the Duke of Austria, before the castle sadly fell into a state of disrepair following its sacking at the hands of Swedish troops in the closing years of the Thirty Years’ War.

The ancient seat of the Hungarian kings, Buda Castle is a magnificent castle/palace complex, first built in 1265. Stretching across a rugged plateau on the left bank of the Danube, this is easily one of the most captivating historic sites in Europe, and the perfect place to find out more about Budapest’s illustrious past. The castle is at the centre of Budapest’s historic Castle Quarter, and is directly connected to the right bank via the Széchenyi Chain Bridge — another of the city’s historic gems. 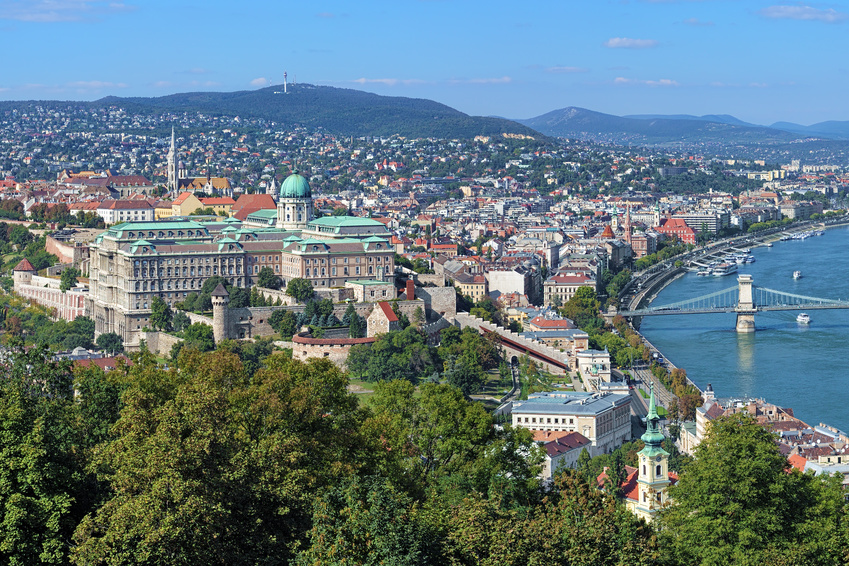 One of the most unique and picturesque castles on our shortlist; Pfalzgrafenstein Castle is located on Falkenau island, a small river isle in the Rhine close to the town of Kaub. Originally built in the 14th century by King Ludwig the Bavarian, Pfalzgrafenstein was designed to act as a river defence, with its hexagonal shape allowing it to rebut waterborne attack. Today, the castle houses a charming museum, and is one of the most photographed historical features of the Rhine.

While a castle has existed on the Chantilly estate in northern France since the 14th century, the current palace has only been around since the 19th century, when it was rebuilt in the wake of the French Revolution. Though it’s a pity the original castle was destroyed, its replacement is a real spectacle, with its Baroque architecture and landscaped grounds lending a real sense of pomp and grandeur to the estate. Today, the château houses one of France’s most important art collections, with works from distinguished artists including Botticelli, Perio di Cosimo and Raphael. 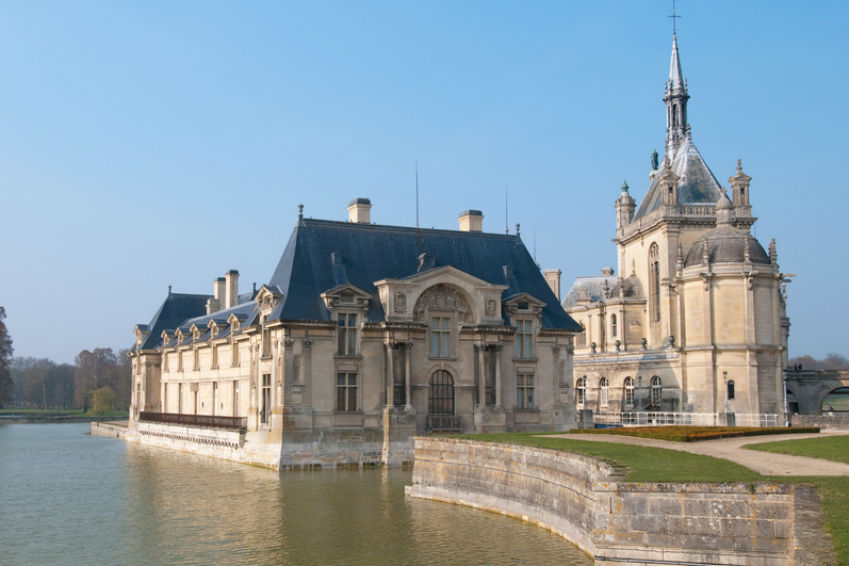 Standing tall above the Rhine for over a millennia, Cochem Castle was built around 1000, and quickly became one of the most significant imperial castles of the Rhineland. The castle is renowned for its artfully decorated stonework and myriad of intricate spires, an unusual feature for an ancient fortress. At one time, over 40,000 Palatinate troops were supposedly stationed in Cochem, helping to defend the numerous distinguished counts who called the castle home.

Considered one of the most important Renaissance-era structures north of the Austrian Alps, Heidelberg Castle is a magnificent ruin, laid waste by two lightning strikes and a plethora of bloody sieges. With its vast red-tinted limestone façade, the castle dominates the Königstuhl hillside, and offers the perfect vantage point to enjoy stunning views over the city of Heidelberg and the Rhine Valley. 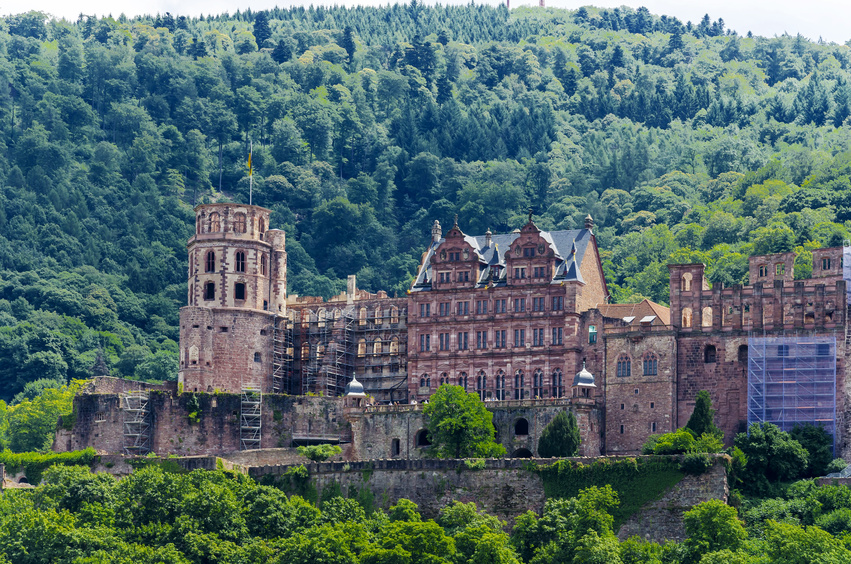 With its ornate red brick façade and charming French-style park, Château de Fleury la Forêt is far removed from the fearsome and imposing fortresses of the Rhineland. Located amid the pastoral Normandy countryside, this stately castle was first built in the 16th century, and has remained in a wonderfully untouched state for over four centuries. It’s possible to explore the castle and its surrounding parkland, as well as the ancient cellars, which contain a wonderful selection of fine wines of every vintage.

It’s not only the name of Schloss Drachenburg which conjures images of Count Dracula; the design of this palatial German Castle has a distinct Transylvanian flavour, too. Located amid attractive emerald woodlands near the city of Bonn, this 19th-century villa is one of the many picture-perfect castles which have become synonymous with the Rhineland — think distinctive sandstone, pointed steeples and wonderfully landscaped grounds. 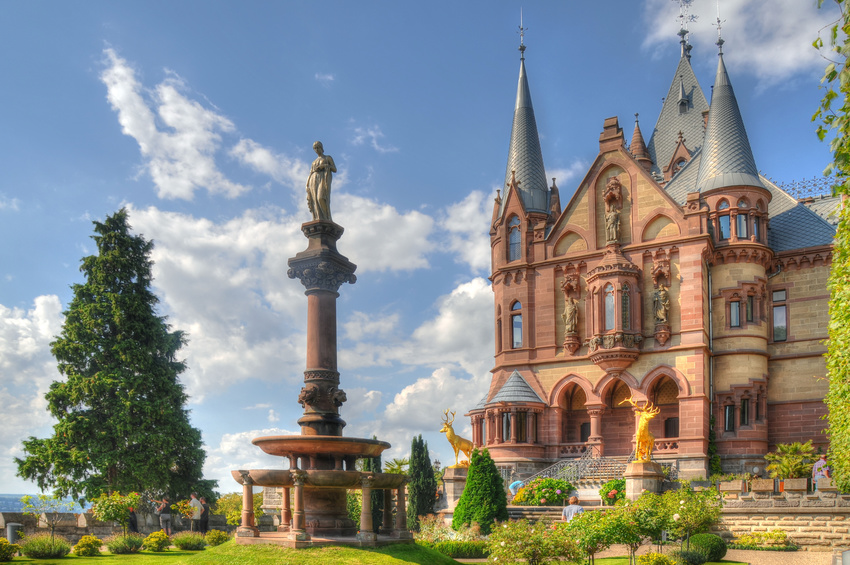 On the opposite end of the architectural spectrum, Devin Castle is a hulking ancient ruin, which over the years seems to have merged with the rocky cliffs on which it sits. Located close to the Slovakian capital of Bratislava, Devin Castle was once one of the great fortresses of the Danube, helping to defend the continent from foreign invaders. The castle ruin which stands today was originally built in the 9th century, though it’s thought that a fort has existed here since Roman times.

Overlooking the great Rhône River in the Provence region of southern France, Tournon Castle dates back to the 16th century, when it was used as a fortress to protect the lucrative Rhône trading route from attack. Despite this legacy, Tournon has survived in a wonderfully original state, with its distinct cylindrical turret and towering curtain walls adding a dramatic splash of history to the sleepy, sunlit streets of this wonderfully charming French town. 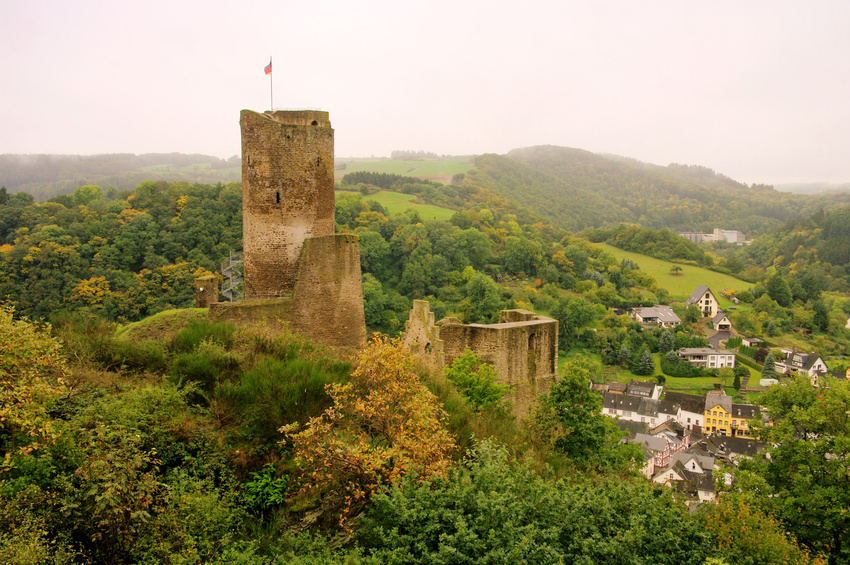 After Marksburg, Burg Eltz is arguably one of the most impressive castles in Germany. Combining Medieval, Romanesque, Baroque and Gothic architectural styles, Burg Eltz has all the trappings of a fairy tale castle — including a dark, wooded dell that visitors must pass through to reach the towering battlements. The castle is located close to the Moselle River between Koblenz and Trier, and, astonishingly, has been owned and managed by the same family since the 12th century.

If you’re a great lover of history and heritage, the enthralling castles, keeps and fortresses of Europe promise cultural immersion in abundance. For your chance to visit many of the castles listed in this shortlist, click here to discover our complete range of luxury European river cruises, or call us on 0808 237 6963 for more information.