Enjoy Southern Charm through their food 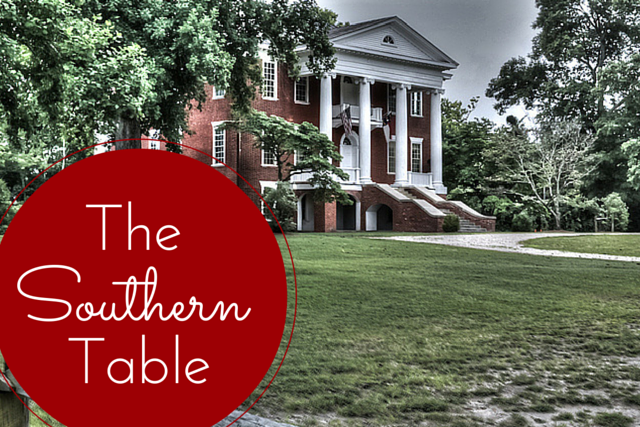 Local residents call it “Southern Charm”. It’s a smile, a firm handshake and always a good, home-cooked meal. There are many things that make travelling through the Southern United States a wondrous journey, but one element that stands out is the simple marriage of food and culture that gives this part of the world its unique charm.

Biscuits and gravy, fried chicken, gumbo, and sweet tea – no trip to the American South is complete without a sampling of their local cuisine. For three cities on one of our delightful escorted tours in the USA, their signature dish reflects the geography and history of each place, and all exude “Southern Charm.”

The City of Oaks – Raleigh

Raleigh is also home to Shaw University, the first historically black university in the American South. During the Civil Rights Movement in the 1960s, the city was home to the Student Nonviolent Coordinating Committee, an important organisation advocating equality.

But to really understand Raleigh, you need to understand its claim to international fame: North Carolina BBQ.

Although there are two differing opinions of what makes North Carolina barbecue – there are Eastern and Western designations – pork rules the day. The geographical disagreements are more about what parts of the animal are cooked, which types of wood are used to smoke, and what type of sauce is selected.

There are so many great barbecue establishments in Raleigh, but arguably one of the best is The Pit. The famous restaurant was started by Bob Garner – the so-called “Minister of Barbecue Culture” in North Carolina.

"From the very beginning," Garner writes in his Guide to North Carolina Barbecue, "barbecue in North Carolina meant pork. During the 1500s, the Spanish introduced pigs to the southeastern part of America. Whereas cattle tended to fare poorly in the region, swine flourished, nowhere more so than in North Carolina." The oldest and second-largest city in the Palmetto State, Charleston brings together Southern culture and living off the ocean. The city lies on South Carolina's coastline and is located on Charleston Harbor, an inlet of the Atlantic Ocean formed by the confluence of the Ashley and Cooper rivers.

Known for its rich history, the city offers locals and tourists alike well-preserved Southern architecture. In recent years, Charleston has received a large number of awards, including "America's Most Friendly" by Travel + Leisure in 2011. In 2013 and 2014, it was recognised by Condé Nast Traveler for the same award. It has also been named "the most polite and hospitable city in America" by Southern Living magazine.

With a rich culinary past and present, there are a great number of reasons to eat in Charleston. A must-have is the unique marriage of Shrimp and Grits. 82 Queen has been serving up plates of the delicious Lowcountry staple for more than 30 years. The Lowcountry is a region that covers a few hundred miles along the coastline to the north and south of Charleston, including all of the Sea Islands in the Atlantic Ocean.

A great number of people are torn when it comes to grits. It is a Southern staple of ground corn that is simmered in salted water and milk. In Charleston, the delicately cooked grits are topped with freshly caught prawns right off the city’s many shrimp boats. When dishing up their plates, 82 Queen mixes their grits with bacon and cheese before liberally applying barbecue sauce to their prawn toppers.

“When you’re from Charleston, shrimp and grits is what it is,” said local chef Benjamin Dennis IV in a recent Wall Street Journal article. The mystique of Savannah

On the southern part of the Lowcountry, there are lot of similarities between Charleston and the culture of Savannah, Georgia. Immortalised in the 1997 film Midnight in Garden of Good and Evil, it is the oldest city in the state. A true marker of Savannah is its diversity. It boasts more than 100 distinct neighbourhoods, each with their own personality.

With one of the largest, protected historic districts in the country, Savannah is home to amazing architecture, creepy moss-draped cemeteries and a rich Southern history.

To get a true taste of this Southern city, the Lowcountry boil is part of the culture in Savannah. Simply take the freshest shellfish caught that day and drop them in a giant pot with some vegetables and spicy sausage. Prawns, crayfish, maybe crab, clams, along with potatoes and corn will dance and simmer in the vat of seasoned broth. The best part of the boiling process is waiting for the flavours to be created. Most enjoy the wait with a cold beverage and good friends.

A Lowcountry boil is a reason to gather. One of the best places to enjoy the boiling process, The Crab Shack is the place to enjoy these giant platters of seafood. The eating comes with amazing views of the water. This restaurant on nearby Tybee Island has been entertaining locals and visitors for more than 20 years.