Enrich Experience: Travel Back in Time with a Visit to the Benedictine Palace

If you’re a regular visitor to the Scenic news page, you’ll be familiar with our Enrich Experience series, in which we explore some of the most culturally-rewarding excursions offered as part of the programme. So far in the series, we’ve covered the immersive experiences offered at France’s Palais-des-Papes, Germany’s Marksburg Castle and Austria’s Palais Liechtenstein — bringing you closer to the extraordinary moments of Scenic Enrich.

In this addition of Enrich Experience, we’re showcasing our exclusive Benedictine Palace excursion, in which guests can enjoy a magical private concert and dining experience within the beautiful halls of this celebrated historic site.

So, if you’re a history aficionado and revel in exploring Europe’s most prestigious heritage attractions, join us as we take a tour of the extraordinary Benedictine Palace.

Palais Bénédictine is located in the charming commune of Fécamp, steps from the Bassin Bérigny and the mouth of the River Seine. Built in the 19th century, this magnificent building houses the original factory used to create its eponymous liqueur, as well as a fascinating museum showcasing the history of the house and the monks who first established the Bénédictine legacy.

The story of Palais Bénédictine began in 1510, when a Benedictine monk named Dom Bernardo Vincelli arrived in Fécamp from Italy, bringing with him all manner of exotic spices. Vincelli was a gifted alchemist, and is said to have accidentally developed Bénédictine liqueur whilst trying to create an elixir for long life. His original recipe contained a mixture of twenty-seven different plants, herbs and spices, and this was dutifully followed by monks for some three hundred years, until the French Revolution, when the recipe was lost. 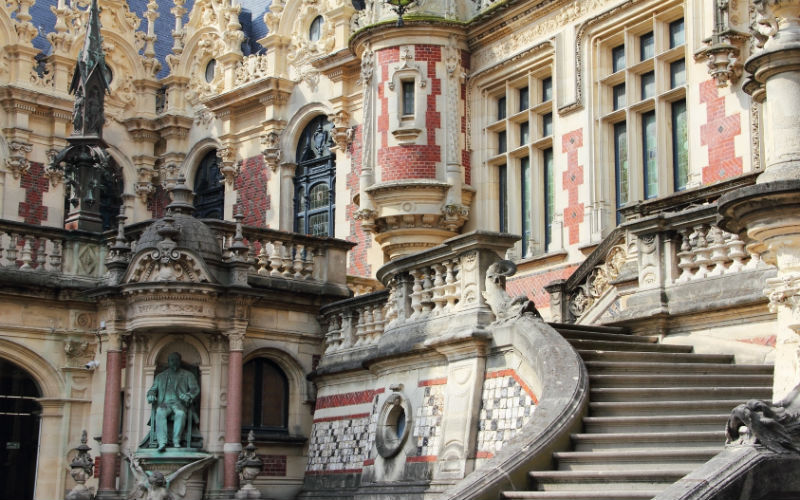 Happily, this loss was reversed with the arrival of Alexandre Le Grand, a wine merchant who visited Fécamp in the 1860s. Le Grand apparently found Vincelli’s original recipe among papers in the late alchemist’s library, and immediately began deciphering the long list of ingredients and extensive methodology. This took the merchant well over a year, but in 1863, Le Grand produced his first batch of the well-loved liqueur, later naming it ‘Bénédictine’ in homage to its 16th-century inventor.

Following this discovery, Le Grand received permission from Rome to use the name Bénédictine liqueur, and began manufacturing the drink on a large scale, eventually making his fortune through sales of the fine aperitif.

In 1900, Le Grand commissioned the rebuilding of Palais Fécamp, the original structure of which was destroyed by a fire in 1892. Once complete, Le Grand renamed the palace, the Palais Bénédictine, and used it as an illustrious factory for his now universally-loved beverage.

The palace was completely redesigned by Le Grand in an ornate gothic style, and several features, including a series of wonderful stained glass windows, were added to tell the story of the origins of Bénédictine. Dom Bernardo Vincelli himself is honoured in a window at the top of the palace’s main staircase — a wonderful memorial to the liqueur’s original creator.

Palais Bénédictine comprises a number of great halls, many of which were originally used as bottling rooms. The most impressive of these is the Abbots Hall, which honours Le Grand and contains several stained glass windows, statues and tapestries. Other halls include the Renaissance Hall, which houses Le Grand’s personal art collection; the Gothic Room, including the library and reliquary archives; and the oratory, a flamboyant, gothic space brimming with religious artefacts.

Perhaps one of the most impressive areas of the Benedictine Palace is the distillery, where Bénédictine is stilled produced today using the original copper tasks first developed by Le Grand in the 19th century. The distillery leads to the palace cellar, where the liqueur is stored in oak casks — for an authentic taste and flavour that’s survived for generations.

Putting aside its flavoursome liqueur, Palais Bénédictine is a must-see destination during a luxury river cruise on the Seine. The palace’s ornate beauty makes it a pleasure to explore inside and out, and it is unquestionably one of France’s most underrated architectural gems. 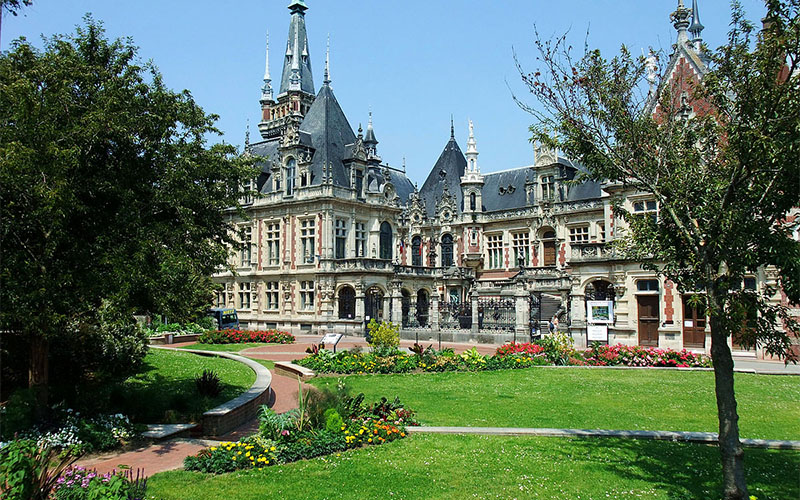 “The dining event within Fécamp’s Benedictine Palace was one of the highlights of our cruise. The food was exquisite and the accompanying musicians were exceptional. It’s astounding that this was included at no extra cost.” — Michael Vickers

Following a cruise on the enchanting waters of the Seine, the commune of Fécamp is one of the final calls on your itinerary before reaching the English Channel. Here, you can enjoy an exclusive visit to the Benedictine Palace, where you’ll savour a wonderful evening of fine food, beautiful music and of course, a tipple or two of the resident aperitif.

The Benedictine Palace Enrich encounter is one of the best-loved of our handpicked excursions, providing an extraordinary experience you’ll never forget. Upon arrival, you’ll be seated amid the majestic charm of the palace’s Abbots Hall for a degustation gourmet dining experience, giving you chance to savour the wonderful architecture and historic highlights of this great hall.

Following the feast, you’ll be entertained by a classical music troupe, whose arrangements of Mozart, Bach and Strauss echo the timeless majesty of the palace. What better way to discover the beauty and history of one of France’s most underrated heritage sites?

If our exceptional Benedictine Palace Enrich experience has piqued your interest, take a look at our collection of luxury river cruises on the Seine. For further help and assistance, call us today on 0808 256 6540.