Escape the City with a Trip to Ravishing Rottnest Island

Exploring the world’s bustling cities to unearth cultural gems is all well and good, but sometimes we all need a break from the hustle and bustle; a chance to relax and unwind, and enjoy the slower pace of life.

At Scenic, our Journey Designers plan each of our luxury escorted tour itineraries to incorporate the very best of buzzing city life and peaceful country living, so you never feel overawed by the journey. This is true of all our escorted tours, and ensures you can enjoy the very best experiences that individual regions have to offer.

Join us for our Grand Australia escorted tour, and you’ll discover some of Australia’s most culturally-diverse cities, as well as its quietest and most beautiful pockets of scenic splendour. Starting this epic journey in Perth, you’ll get the chance to visit one of Western Australia’s most renowned beauty spots, the glorious Rottnest Island.

Located just eleven miles west of the thriving port of Fremantle, this exquisite isle is a far cry from the skyscrapers of Perth, its milk-white sands and tropical flora providing a tranquil paradise for the discerning traveller.

Though only covering some nineteen square kilometres, Rottnest’s beauty is unparalleled, and there’s a surprising number of things to do here — from snorkelling among rare marine life, to unearthing the island’s fascinating 40,000-year history. So, if you’re considering a trip to Australia and are looking for further travel inspiration, join us as we take a tour of charming Rottnest Island, exploring its unique heritage and wonderful visitor attractions.

Despite being within touching distance of Perth, Rottnest Island remains largely untouched, retaining its exceptional scenic landscapes and beautiful, snow-white beaches. This is thanks to its A-class reserve rating, the highest level of protection granted to public land, which the Australian government granted the island in order to protect its rare flora and fauna for future generations.

Like many regions of Australia, the history of Rottnest Island is unfathomable, with human artefacts found on the island tracing some 40,000 years. It’s thought that the island was once connected to the Australian mainland, before rising sea levels submerged the peninsula, leaving only the smallest slither of land accessible above the surface.

What’s remarkable about this small island is that, after being cut off from the mainland, its native Noongar people fled — leaving Rottnest unoccupied for thousands of years. When Dutch settlers arrived in the 17th century, it’s thought the island had been uninhabited for at least 7,000 years, with nothing more than overgrown tropical flora to slow the Europeans’ progress as they began to colonise the region.

In 1696, Dutch sea captain WiIlem de Vlamingh officially named the island ‘Rotte nest’, the Dutch term for ‘rat’s nest’. Not that the island was infested with rats, however. The Dutchman settled on Rotte nest because of the island’s overpopulation of quokka, a small marsupial found in very few other regions across Australia. The island’s quokka population has since become vulnerable to extinction, one of the reasons why Rottnest was granted A-class reserve protection.

In the 19th century, Rottnest Island was colonised by a number of English settlers, who had previously established the Swan River Colony at Fremantle. William Clarke and Robert Thomson received land grants on Rottnest, and introduced farming inland. Several salt lakes were also discovered on the island, attracting more settlers keen to take advantage of this important commodity.

In the later years of the century, Rottnest, like many other regions throughout Australia, served as a penal colony, particularly for Aboriginal criminals. A special quadrangular prison was built on the island, later earning the name the “Quod”, and served as a penal centre for Aborigines. The original Quod building remains today, but has since been transformed into a hotel complex. Today, Rottnest remains wonderfully untouched and peaceful, with much of the island comprising of indigenous woodland or tranquil pastureland. This sense of peace and quiet is aided by the blanket ban on cars and coaches, with the island’s main mode of transport being the bicycle. And of course, we couldn’t forget Rottnest’s beautiful beaches, which vary from quiet, sheltered coves to long ribbons of soft white sand. With so many tranquil beaches to choose from, the only challenge you face is deciding where to spread your beach towel.

Travel the length and breadth of Australia with Scenic as part of our Grand Australia tour, and you’ll be given the opportunity to visit Rottnest Island during a stopover in Perth — offering time to enjoy its incredible beaches and unique heritage.

Our Freechoice excursion to Rottnest Island lets you explore this mesmerising paradise island at your leisure, so you can relax, unwind and fully absorb the beauty of the island. Whether you choose to take a cycling tour of the island’s main sites — including the former Quod prison, Wadjemup Lighthouse and the charming commune of Bathurst — spot majestic birdlife at one of Rottnest’s pristine salt lakes, or simply laze the day away on one of the island’s beautiful beaches (Thomson Bay, Porpoise Bay and Longreach Bay to name but a few); the choice is yours during a trip to this magnificent island. 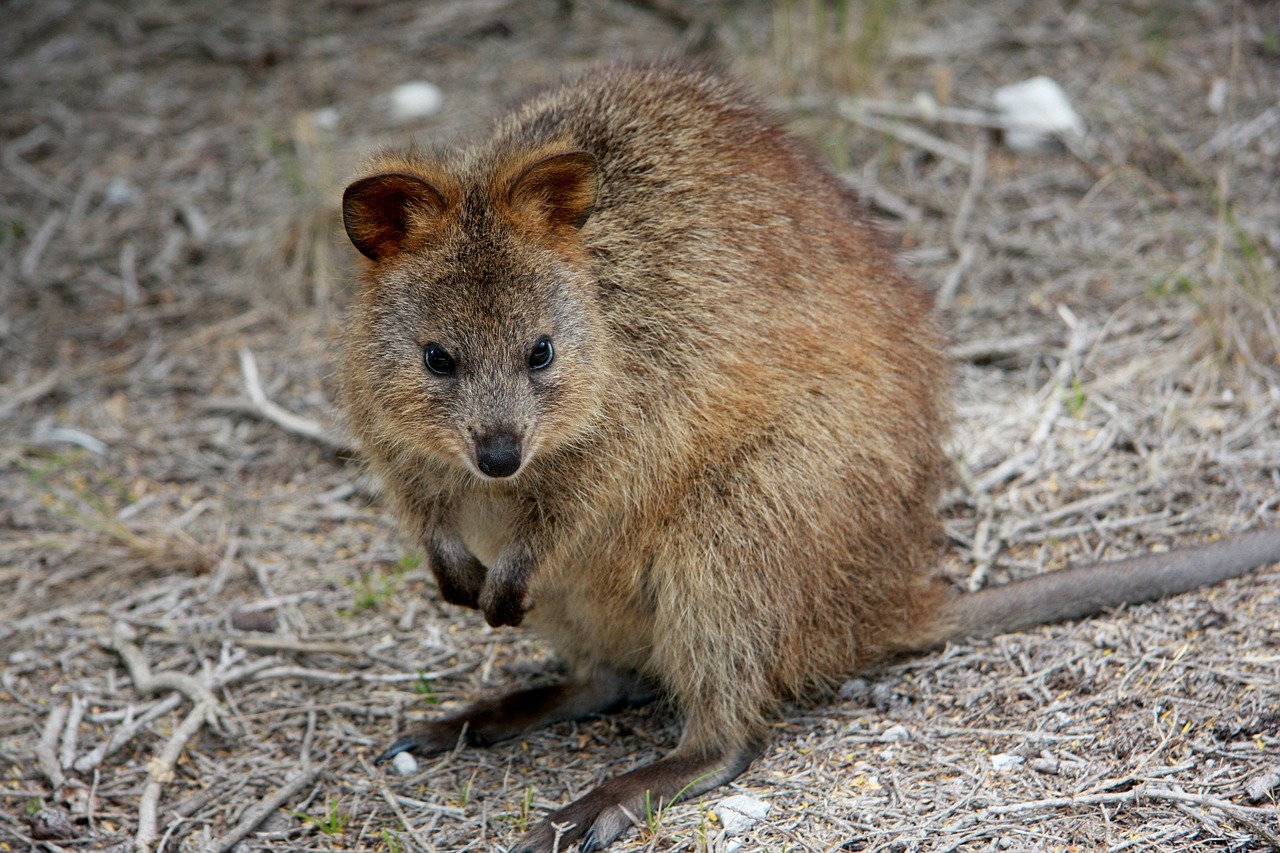 And, if you’re feeling particularly active, Rottnest offers some of the best diving in Western Australia, with a string of tropical reefs lying just off-shore. This colourful reef system is home to an extraordinary array of rare marine life, and dolphins can often be seen frolicking within a stone’s throw of Rottnest’s supreme beaches.

For the best calm diving and swimming sites, we’d recommend staying at the east end of the island, close to where the Fremantle ferries arrive and depart. Thomson Bay is particularly popular among divers, and offers wonderfully calm seas thanks to its sheltered aspect. Providing a true insight into the peaceful beauty of Rottnest Island.

If this brief tour of Rottnest Island has convinced you it’s time to take a trip down under, why not take a look at our collection of luxury escorted tours in Australia? With a range of tours and itineraries to choose from, we can help make your dream trip to Australia a reality. For more information, visit our escorted tours page, or call us on 0808 120 9127.