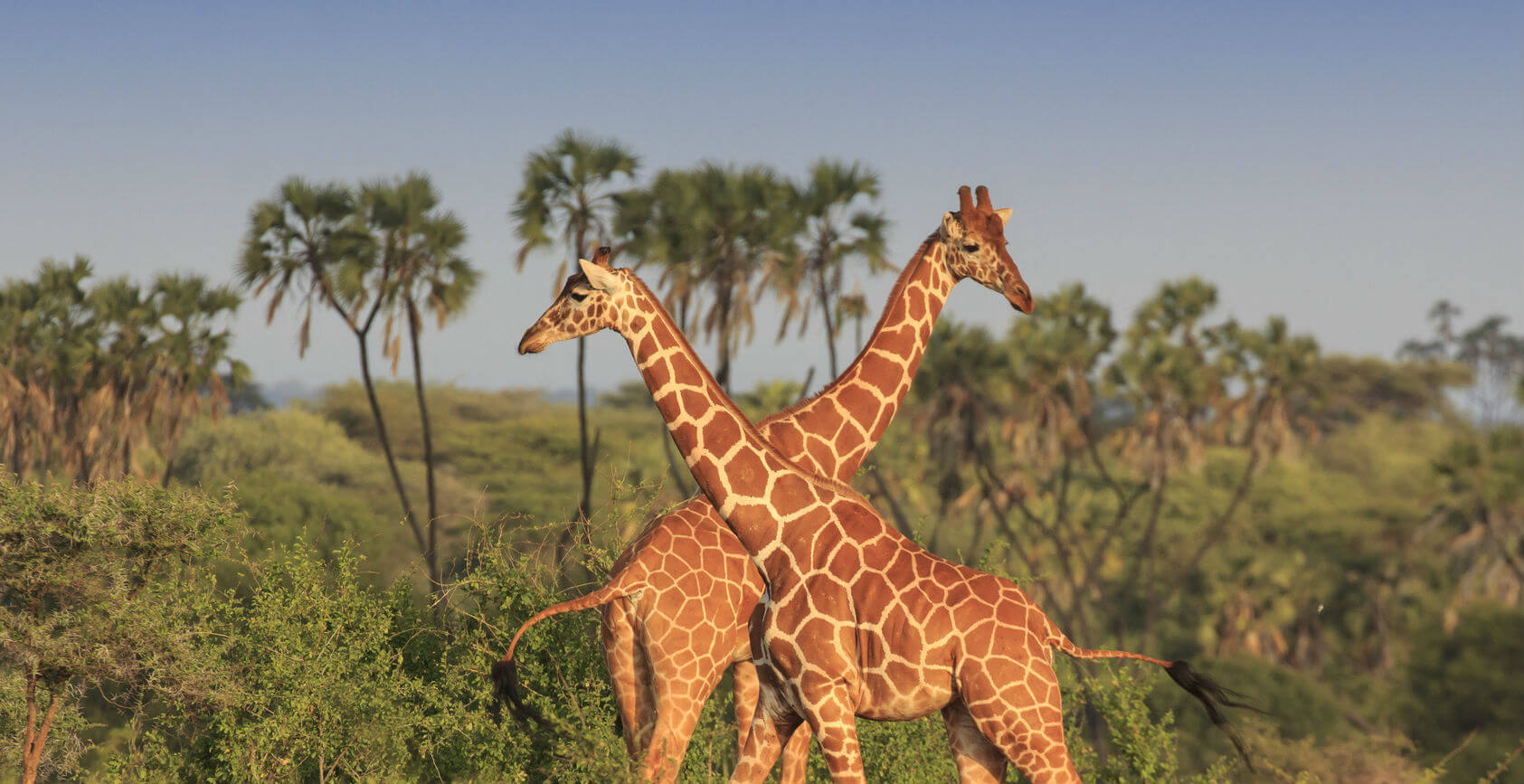 There’s no greater thrill than finding yourself face to face with exotic wildlife, and nowhere are such encounters more assured than the Kruger National Park of South Africa. Travel deep into the untamed wilds of this sprawling nature reserve, whose savannah grasslands teem with life, and experience iconic animals in their natural habitat – be it zebra, giraffe or the unmissable Big Five – elephant, rhino, leopard, lion and buffalo.

The Kruger National Park is one of the largest game reserves in Africa, covering an area of 7,500 square miles. Here, the Olifants River flows through a vast landscape dominated by acacia trees, red bush willow and sickle bush, bringing life to the myriad of wonderful animals which call the park home. 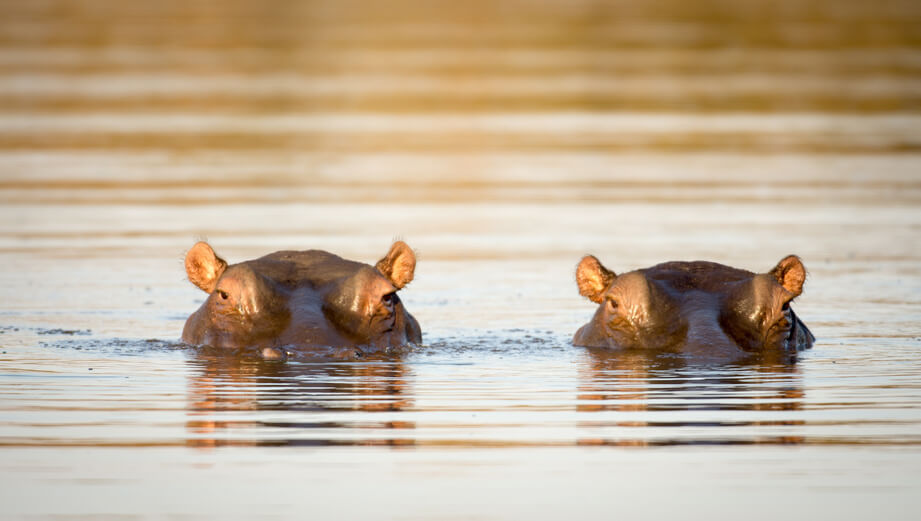 Thanks to its position on the border of South Africa, Zimbabwe and Mozambique, Kruger forms part of the Great Limpopo Transfrontier Park, a protected area known as a peace park, which helps support natural animal migration patterns across the three nations. This, coupled with extensive conservation efforts, has led Kruger to be designated an International Man and Biosphere Reserve, a UNESCO scheme which recognises a natural balance between people and their environment.

Join Scenic on one of our special African escorted tours, and experience the adventure of your wildest dreams. We’ll take you deep into the Kruger National Park on an exhilarating game drive, helping you experience the extraordinary Big Five. Along the way, you’ll marvel at wild wonders beyond your imagination, and enjoy intimate encounters other travellers simply never get to experience.

To give you a taste for the wonder that awaits in South Africa, here we explore the Kruger National Park, from its conservation efforts to its legendary Big Five animals.

A LONG HISTORY OF CONSERVATION IN THE KRUGER NATIONAL PARK

The irreplaceable lands of Kruger were first proclaimed as part of the Sabie Game Reserve in 1898, with renowned conservationist, Paul Kruger, proposing that the animals of the region should be protected and preserved 12 years earlier. Despite these efforts, several areas of the park, particularly on the Sabie and Crocodile Rivers, were set aside for restricted hunting of native wildlife. This changed in 1902, however, when James Stevenson Hamilton became the park’s first appointed warden, and enforced a ban on hunting throughout the Sabie and Shingwedzi Game Reserves, which would go on to form the Kruger National Park visitors can enjoy today.

After a period of extensive development, in which fences and gates were installed around the perimeter of the park, the first motorists entered in 1927, so beginning a long legacy of safari expeditions within Kruger. As well as the obvious attraction of the park’s indigenous wildlife, visitors also came to enjoy the plethora of cultural artefacts and heritage sites found throughout the park, including over 130 examples of ancient rock art, and archaeological sites giving evidence to the presence of prehistoric man on the banks of the Olifants River over 100,000 years ago. The Kruger National Park is one of Africa’s best-preserved natural regions, with an advanced programme of conservation in place to protect the indigenous wildlife. Among fire management, water distribution and wilderness monitoring, the park’s rangers also closely monitor the populations of native wildlife, including mammals and birds, and keep a close record of rare plant life and biodiversity throughout the park. Specialist security teams also uphold the integrity of the reserve, targeting illegal hunting and poachers whose actions endanger vulnerable species.

TRACKING THE 'BIG FIVE' OF KRUGER

The African bush hosts a fascinating array of wildlife, with over 147 mammal species occurring within the Kruger National Park. From classic game such as hippopotamus, giraffe, zebra and warthogs, to smaller animals such as wild dogs and meerkats, you can look forward to spotting some of the icons of Africa as you trek through the wild lands of Kruger.

Of course, witnessing the illustrious ‘Big Five’ has become a quest, or perhaps an obsession, for many people setting out on a safari through the Kruger game reserve – and for good reason. The park has some of the largest populations of these celebrated animals anywhere in Africa, so you stand an excellent chance of spotting them in their natural habitat.

It’s estimated that the Kruger National Park is home to some 17,000 elephants, 1,500 lions, 48,000 buffalo, 1,000 leopards and over 12,000 black and white rhinos. Such population numbers make for regular sightings, and with help from a team of experienced safari trackers, you’ll want your camera poised and ready as you tour this precious corner of Africa. Choose from our collection of luxury escorted tours in Africa, and look forward to the ultimate adventure of a lifetime in the Kruger National Park. Setting forth in a specially adapted Land Rover into the wilds of the Thornybush Game Reserve, you’ll track the Big Five through the bush, savouring spectacular landscapes and unmissable wildlife as you search for these majestic African beasts.

Morning and evening game drives afford close encounters with the rarest of animals, while a walking safari in the company of a specialist game ranger promises an exhilarating and intimate experience of what life is like tracking exotic animals in the bush. And, when the adventuring is over, you’ll dine beneath the stars with the sounds of African wildlife close by – a special Scenic Enrich experience which brings your time in Kruger to a truly memorable conclusion.

Intrigued by the wild allure of South Africa? Visit our escorted tours page to discover our complete collection of African tours, or call us now on 0808 149 1344 to book your place today.