The Danube played an important role in the settlement and political evolution of central and south-eastern Europe and, as a result, its banks are steeped in history and lined with castles and fortresses.

In fact, it is estimated that there are 120 fortresses and castles along the course of the river – making it the ideal river cruise destination for lovers of history, culture, and architecture.

Here are some of the most important fortresses on the Danube: Belgrade is home to one of the world’s oldest and most unique fortresses. This impressive structure stands proudly on top of a ridge overlooking the Sava and Danube rivers.

Spread across 53 hectares, the fortress is made up of four parts – Great and Small Kalemegdan (making up Kalemegdan Park), and Upper and Lower Town.

While today the fortress is a favourite spot for visitors to the city, it hasn’t always been so tranquil and picturesque. Throughout its history, it has been a site of bloody encounters and wars. In fact, over 6 million people have died fighting for supremacy over it.

Key historical sites to look out for when you visit include Nebojsa Tower and the remains of the Metropolitan Palace in the Lower Town, as well as the Roman Well, Stambol, Zindan and Sahat Gates, and many more in the Upper Town.

Within the fortress complex, you’ll also find the open air Military Museum with its collection of cannons and tanks from every war in which Serbia and Yugoslavia took part.

The most popular attraction in the fortress can be found in Kalemegdan Park. The Victor Monument was erected in 1928 to commemorate Serbian victories in the Balkan Wars. The statue was originally intended to erected on Terazije Square, but instead was placed in a remote spot in the park after complaints concerning its nudity. 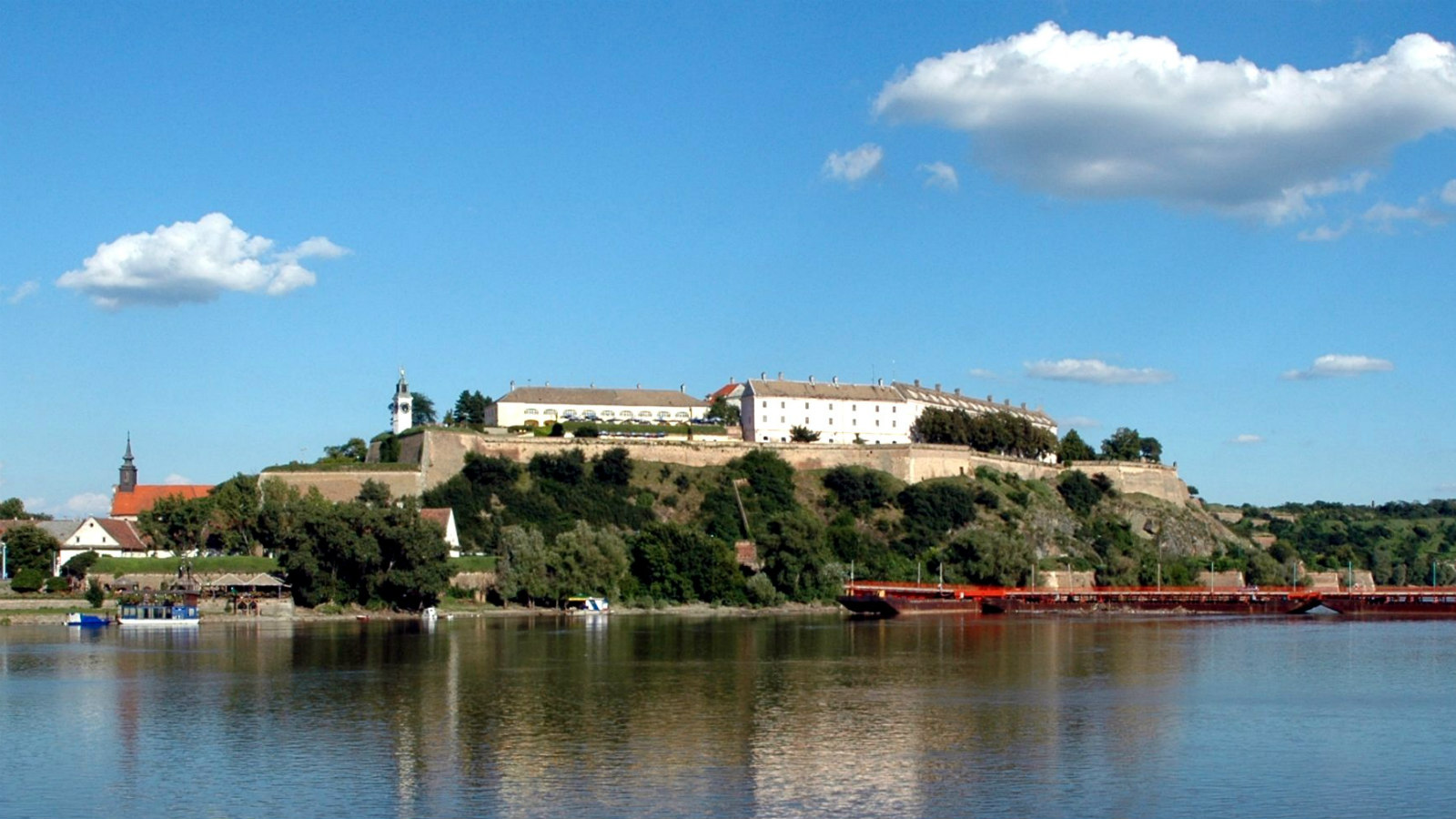 Also known as the Gibraltar on the Danube, the grand Petrovadin Fortress sits on a rocky cliff at the base of Fruska Gora.

Steeped in history, archaeological studies have indicated that the site on which the fortress is built dates back as far as 2,000 years and has been used by the Celts, the Romans, Hungairans, Turks, and Austrians.

The fortress was completely decommissioned in the mid-20th century and today it is maintained as a historical monument. With the Museum and Archive of Novi Sad, as well as plenty of restaurants, museums, galleries, and even an astronomical observatory and planetarium within its walls, there is no shortage of things to see and do.

The Petrovaradin Fortress’ most distinctive landmark is its Clock Tower, which still rings every hour. 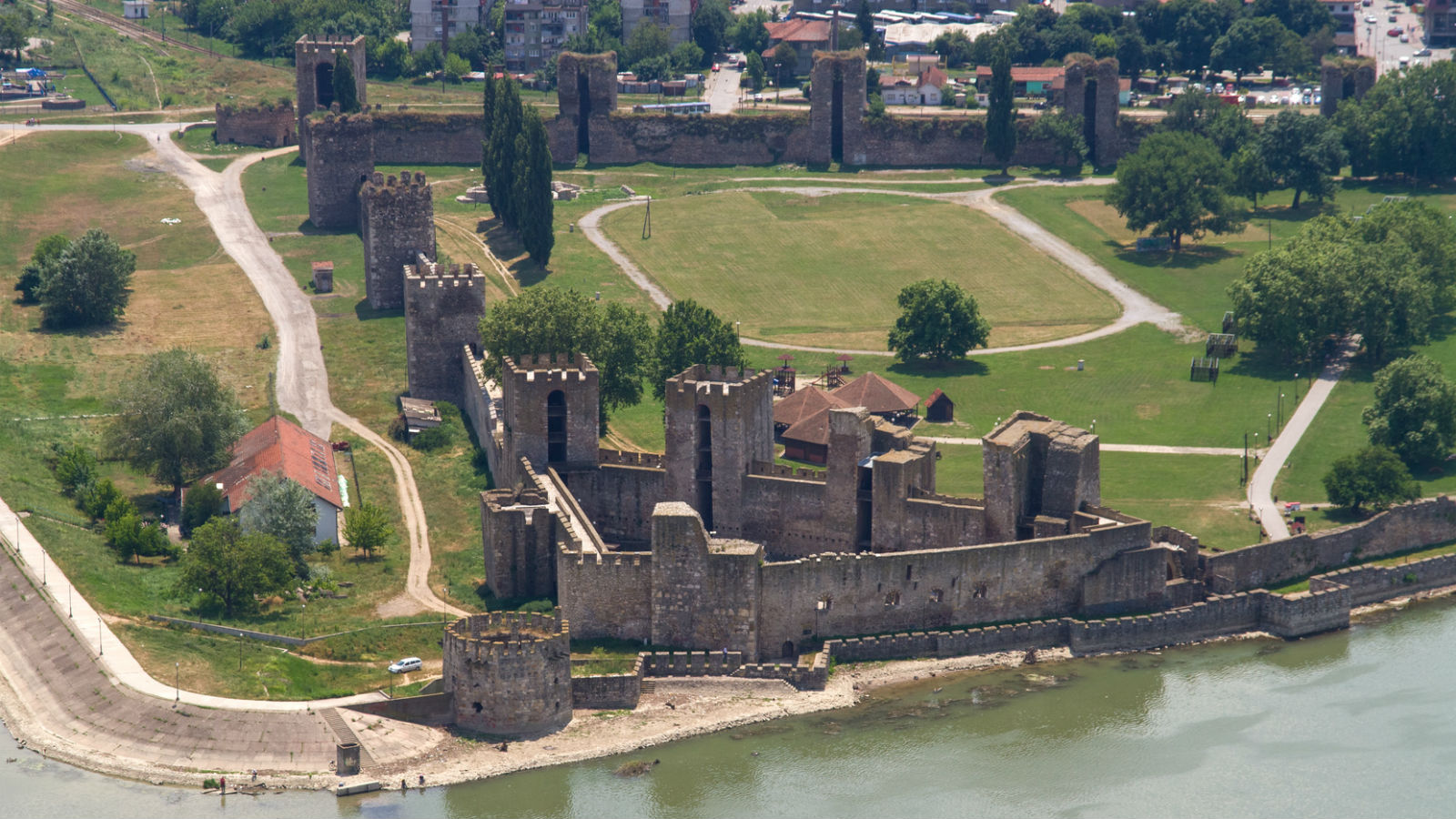 The best-preserved building of medieval Serbia, Smederevo Fortress was built by the Despot Djuradj Branakovic between 1427 and 1430.

The fortress was built with the intention of making it the country’s capital and the permanent residence of Branakovic, replacing Belgrade, which had been returned to the Hungarians in 1427.  Today it is the last great creation of the Serbian military and one of the largest fortifications in south east Europe.

Sandwiched between the Danube River, the Jezeva River, and a canal, the fortress is surrounded by water on three sides – giving it a triangular shape.

Today, the rich historical and cultural significance of the Smederevo Fortress makes it an exclusive venue for musical, theatrical, and cultural events.

Located at the very entrance of the Djerdap Gorge, where the Danube River is at its widest, Golubac Fortress is said to be the best-preserved medieval fortress in Europe.

Occupying a strategic position in the picturesque landscape, many nations have fought for its control throughout history and the fortress has been ruled by the Hungarians, Serbs, Austrians, and Turks.

Golubac’s most striking feature is its ten towers, which are connected by a series of walls. Originally, there were only nine towers, but the Turks added a tenth when they took over the fortress. The tower thought to be the oldest of the ten is nicknamed ‘Hat Tower’ on account of its unique octagonal base and cylindrical top.

Dominic Keely
Dominic is Scenic's Marketing Exec. His favourite river is the Seine, because of the rich history of the region. Dom's a huge football and Manchester United fan, and plays on a team himself.
Tags: Danube Fortress Landmarks