From east to west, north to south; Canada is blessed with serene natural wonders, and none are more beautiful than the Rocky Mountains, which run like a spine down the country’s eastern Cordillera. With sweeping peaks, snowy plateaus and an abundance of majestic native wildlife, the Rockies encapsulate the wild natural beauty which makes Canada such an enthralling destination — and one perfectly suited to a luxury escorted tour. 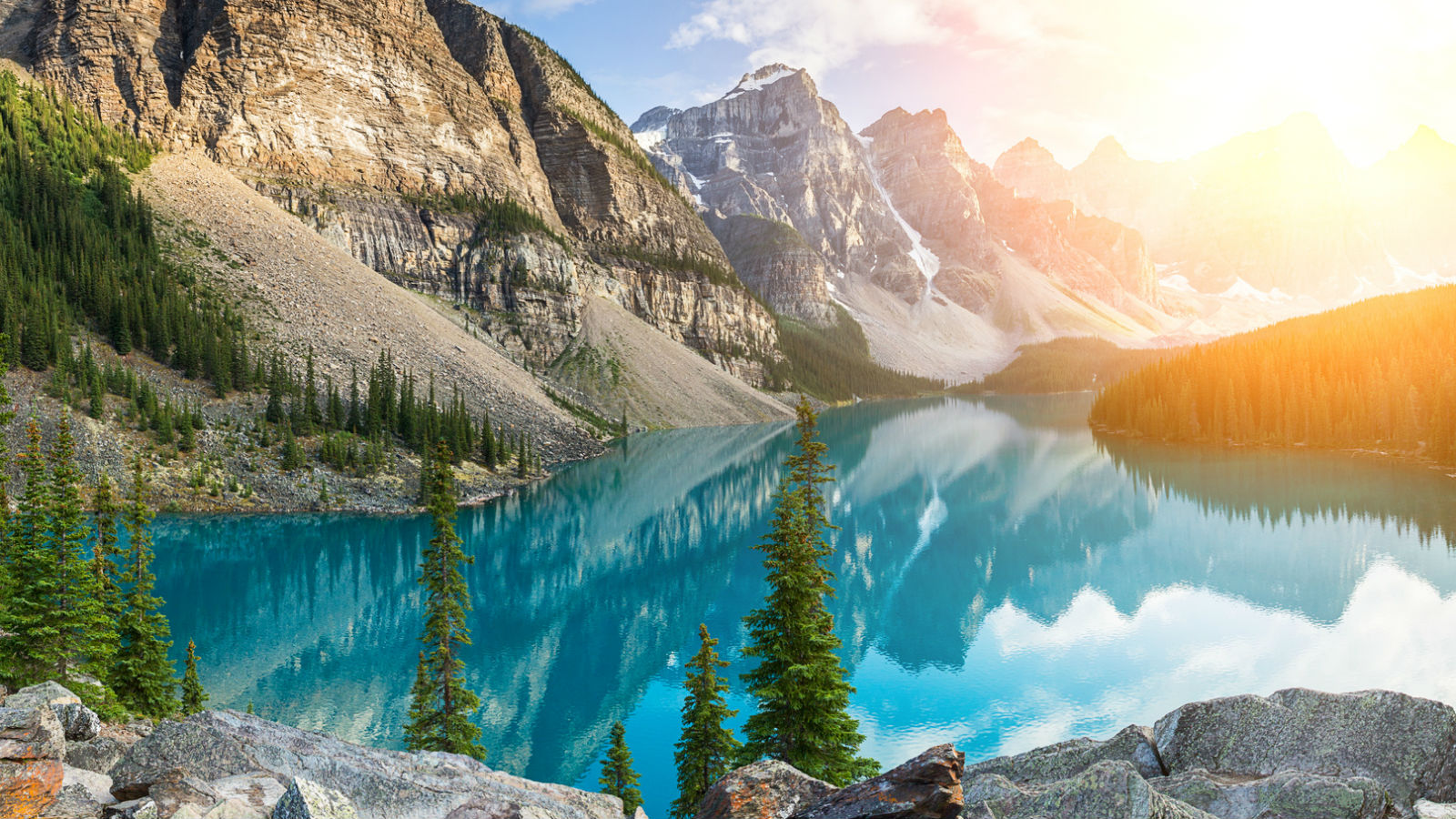 If you’ve long dreamt of exploring the Canadian Rockies, we’re here to provide inspiration for your trip by showcasing some of the highlights of this spectacular region.

Flanked by a continuous ribbon of snow-capped peaks, the resort town of Whistler is often dubbed the ‘gateway’ to the Canadian Rockies, and has become a centre for alpine sport and other adventure pursuits. Winter sees this enchanting township transformed into a utopia of snow and ice, attracting thousands of ski and snowboard enthusiasts each season. In the spring, summer and autumn, though, the town enjoys relatively mild weather, and this, coupled with its absorbing backdrop, makes for a wonderful pit stop during a longer tour of Canada’s Rocky Mountains.

As you’d rightfully expect from a town overshadowed by towering mountains, Whistler is best appreciated from above. To enjoy this aerial vista to its fullest, opt for a helicopter tour of the town or else take a ride on the Peak 2 Peak Gondola, which was the first gondola lift to offer safe passage between the town’s most prominent peaks, Whistler Mountain and Blackcomb Mountain.

Mount Robson is the tallest mountain in the Canadian Rockies, and the most prominent in North America’s Rocky Mountain Range. At its summit, Robson stands at 12,972 feet, meaning it’s nearly always shrouded in cloud, a trait which lends it the name Cloud Cap Mountain. The peak is best savoured from the scenic road of the Yellowhead Highway, which traverses the backbone of the Rockies, connecting Canada’s four western provinces: British Columbia, Alberta, Saskatchewan, and Manitoba. Travel Canada’s Rocky Mountain range as part of a Scenic escorted tour, and you’ll revel in the dramatic spectacle of Mount Robson. The area around the mountain is renowned for its wildlife, so expect to see caribou, elk, bears and wolves as you explore the shadow of the mountain. And don’t forget your camera — the view of Mount Robson is one you’ll savour for a lifetime.

Type ‘Canadian Rockies’ into any search engine, and you’ll be met with image after image of Spirit Island, a small tied isle at the centre of Maligne Lake in the world famous Jasper National Park. What makes Spirit Island such an enchanting sight is the peace and tranquillity of the lake in contrast to the rugged peaks rising steeply in the background — a panorama you’re sure to never forget. Spirit Island is just one of the scenic spectacles that awaits in Jasper National Park, a vast region brimming with fascinating geographical features, including glaciers, waterfalls, hot springs, lakes and of course, mountains. The park was declared a UNESCO World Heritage Site in 1984 on account of its unfathomable natural splendour, and you can explore its most popular sights and attractions as part of a Scenic escorted tour.

Arguably the most stunning scenic road in the world, the Icefields Parkway links the Jasper National Park with Lake Louise, a fabled beauty spot we’ll get to later in this article. The road itself runs parallel to the Continental Divide of the Americas, and traverses some of the Canadian Rockies’ most esteemed natural wonders, including the Columbia Icefield, Parker Ridge, Saskatchewan Riving Crossing, Mistaya Canyon, Crowfoot Glacier and the Athabasca Falls.

As a Scenic escorted tour guest, you’ll travel much of the Icefields Parkway en route to such destinations as Jasper, Sun Peaks, Banff and Lake Louise, enjoying the outstanding scenery as you go. An expert local guide accompanies each of our Canadian Rockies tours, highlighting key points of interest along the way.

With its château-style hotels and upmarket boutiques, the resort town of Banff has a distinct European feel, as if it’s been swiped from a plateau in the French Alps. And yet it remains steadfastly Canadian, attracting visitors in their droves keen to take advantage of the ski slopes and beauty spots which exist beyond its limits. It’s also regarded as one of the best places in the Canadian Rockies in which to spot the country’s most elusive animals, including elk and grizzly bears.

Banff rests in the shadow of the Three Sisters, a trio of peaks popular among hikers and climbers alike. Two out of three of these distinct hills are scalable in fine weather, and hikers will be rewarded with incredible views at the summit stretching from Banff to the Bow River.

Of all Canada’s glittering emerald lakes, Lake Louise is arguably the most beautiful. Situated within the Banff National Park, this spellbinding lagoon is overlooked by stately châteaux, and is complemented by a series of hiking trails which wind up and around the water to the Lake Agnes Tea House, where it’s possible to enjoy a well-earned cup of tea amid stunning views. In winter, Lake Louise often freezes solid, giving locals free rein to turn the entire surface into an ice rink. Whether you dare to venture onto the ice or not, don’t miss the peak to peak gondola ride, from which you can enjoy uninterrupted views across the Banff National Park.

If you’ve been adequately inspired to book a break to Canada’s Rocky Mountains, all of these unforgettable destinations can be enjoyed as part of a luxury escorted tour from Scenic. Our tours of the Canadian Rockies give you the opportunity to explore this majestic region from land and sea, helping you to savour every aspect of this spellbinding natural spectacle. 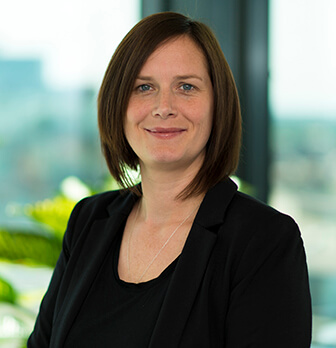 Nichola Absalom
Nichola is Scenic’s Head of Marketing with a passion for anything travel related. Overseeing all of the travel portfolio for Scenic in the UK, her long career in the industry has meant she has visited many of the world’s most wonderful countries but says a journey on board Scenic Eclipse, the World’s First Discovery Yacht will undoubtedly be one of her travel highlights. Her other passion is animals and her little rescue dog makes sure she explores the countryside on her doorstep.
Tags: America Canada North rocky mountains