Steeped in early convict lore with a unique and tumultuous story to tell, Port Arthur is one of Australia’s most fascinating historic sites. The legacy of this enigmatic settlement allows visitors to trace the history of Australia’s penal heritage back to the 18th century, when the first convicts from Britain began arriving on the coast of Tasmania.

Port Arthur forms part of the Australian Convict Sites, a World Heritage property which comprises 11 penal sites built by the British Empire in the 18th and 19th centuries. Collectively, these impressive former convict camps and prisons are among the best surviving examples of industrial-scale convict transportation in the world, and showcase the rapid colonial expansion of the British Empire during the 19th century.

As one of the most significant heritage sites in Australia, a visit to Port Arthur is an absolute must during your visit down under. Here, we explore the history of this fascinating settlement, from its early origins as a timber station to its fate as the country’s most infamous penal colony.

The Origins of an Industrial Prison

Port Arthur is located on the Tasman Peninsula of Tasmania, in an area once covered in dense forests. When the British colonised the island in the 18th century, the Port Arthur site became a valuable timber station, from which materials could be sourced to develop towns and settlements in other areas of the island.

Following the American War of Independence, Britain could no longer send its convicts to North America. Instead, the decision was made to form a penal colony in Australia, with the first shipment of convicts arriving in Tasmania in 1788. 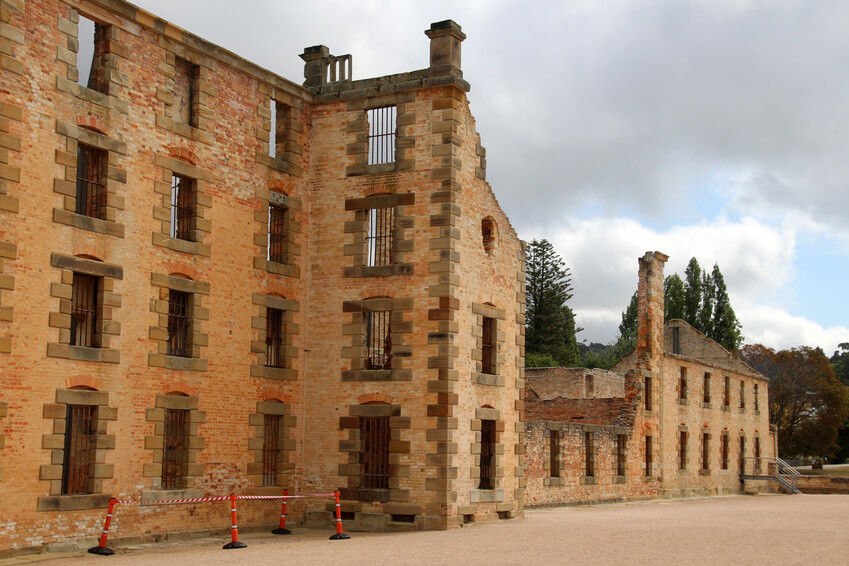 Recognising that the island’s growing convict numbers meant cheap labour, a prison was formed on the Port Arthur site, with a large majority of the inmates put to work felling trees and working in the timber mill. The site grew rapidly during the early decades of the 19th century, driven by an increasing demand for timber and the fact the prison was surrounded by water — meaning that keeping prisoners secure was simple and affordable.

From 1833, Port Arthur housed many of Britain’s hardest criminals, all of whom had carried out secondary offences resulting in them being sent to Australia. This lent the prison a fearsome reputation, and disobedient convicts from other colonies were often sent to Port Arthur as a result — a punishment which became highly undesirable among Australia’s convict population.

Astonishingly, Port Arthur also housed hundreds of juvenile convicts, some as young as nine, who were separated from the main prison and kept in Point Puer. Although separated from the main convict population, the juvenile prisoners were subjected to the same hard labour, including stone cutting and construction. Indeed, many of the buildings which remain on the Port Arthur site today were cut and raised by the young prisoners of the 19th century, including the chapel and outhouses.

In 1877, after much of the original forestland had been felled, Port Arthur was abandoned as a penal colony, and quickly fell into a state of disrepair. By 1889, the original site had been auctioned off, although the decay continued for several years after. This was viewed as a positive by Tasmanians, who wished to distance themselves from the legacy of the prison and its occupants. 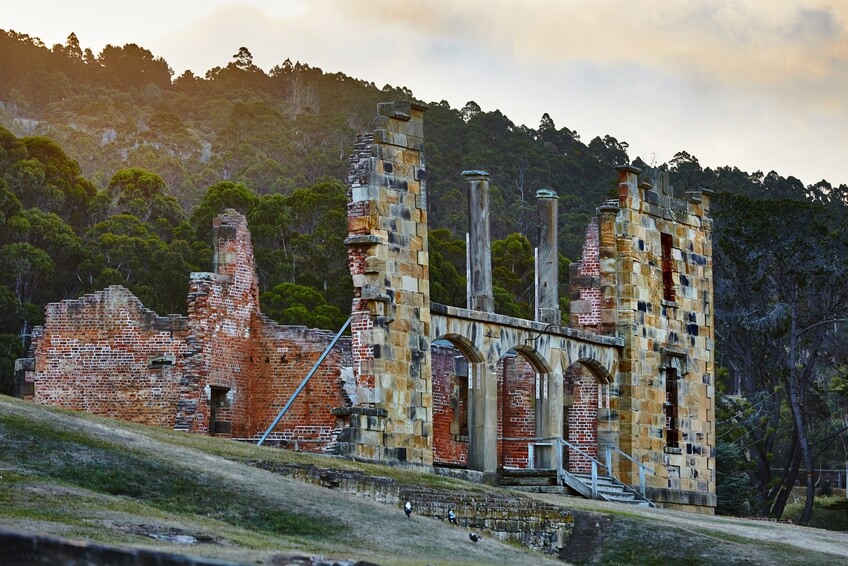 By the start of the 20th century, interest in the Port Arthur site began to grow. This was helped by the beauty of the peninsula itself, which began attracting walkers and surfers, as well as those interested in the history of the convict site. Port Arthur became more and more popular, and in 1979, the National Parks and Wildlife Service of Tasmania and Australia began managing the conservation of the site.

After receiving funding in the late 1970s, much of the Port Arthur site was restored, with several of the original sandstone structures being cleared of ivy and overgrowth and returned to how they might have looked in the 19th century. These buildings include the ‘Model Prison’ exhibit, the Guard Towers, the main penitentiary and the old church. The gardens surrounding the main prison were also restored and updated, giving visitors a place to relax and enjoy the prison’s spectacular surroundings.

Another area of the Port Arthur site which continues to prove popular with visitors is the Isle of the Dead, an island cemetery close to the main site. Throughout Port Arthur’s history as a convict settlement, 1,646 people were buried on the Isle of the Dead, though only 180 are marked today, many of whom are prison staff and military personnel. This haunting grave site is accessible from the main settlement, and provides a great photo opportunity for those keen to capture the impressive scale of the Port Arthur site. Join our Ultimate Tasmania escorted tour, and you’ll enjoy a guided tour of this fascinating World Heritage Site led by a local expert. Revealing more about the history, myths and legacy of this captivating penal colony, this memorable tour also includes a cruise to the lingering Isle of the Dead, providing fascinating insight into the lives and deaths of Port Arthur’s past residents — from the earliest free settlers to some of its most infamous inmates.

The Ultimate Tasmania tour introduces you to the highlights of this stunning Australian island, from the distinct culture of Hobart to the magnificent scenery of Cradle Mountain and the Freycinet National Park. Over 19 days, you’ll criss-cross the entire island, discovering the customs and traditions which make Tasmania such a wonderful and unforgettable destination.

For your chance to explore Tasmania in total luxury, click the link above to book your place on our next tour of the island. If you’d prefer to visit Tasmania as part of a wider tour of Australia, take a look at our Australian tours or call us on 0808 231 2242 to find out more.