Food in New Zealand: 14 Delicious Things to Eat on Your Trip

For over 1,000 years, food has been intrinsic to local life across New Zealand. Arriving from Polynesia, the Māori harvested the native kumara, taro and tï plants which were prevalent across the North Island. In the south, fernroot was an important part of the diet, as well as insects like the huhu grub. Of course, New Zealand’s abundant bird and marine life became a vital source of food for early settlers.

When Europeans arrived in New Zealand in the late 18th century, they brought their own foods with them, and did all they could to reproduce the dishes of their homeland. This colonial influence had a significant impact on the national dishes and eating habits of New Zealanders, with the country’s contemporary cuisine owing much to British settlers. Agriculture also became a prevalent part of food production in New Zealand — the warm, wet climate and fertile landscapes providing ideal conditions for growth.

Along with Māori and European influences, New Zealand is also characterised by its love of Asian-Pacific fusion food, which complements the country’s rich fish stocks. Japanese, Chinese and South East Asian fare is beloved across the nation, offering lots of choice to the discerning foodie traveller. 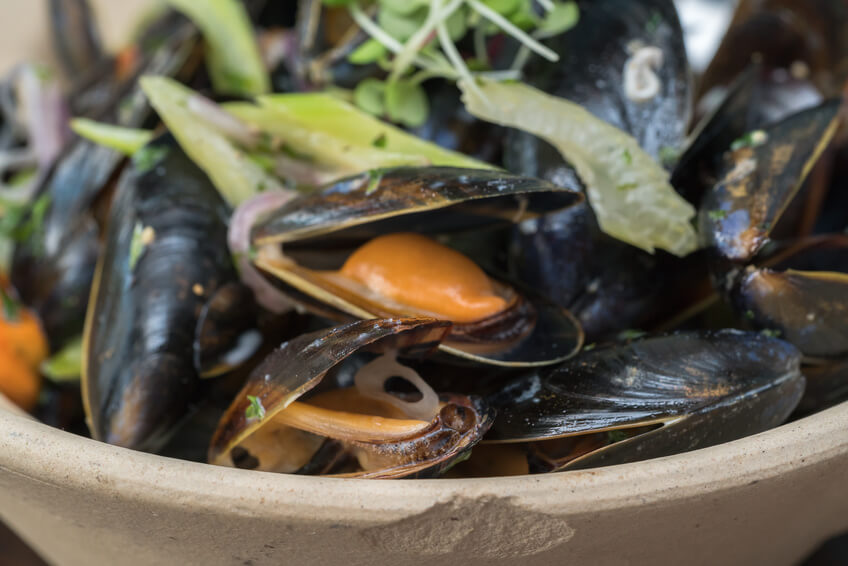 Thinking of travelling to New Zealand as part of an escorted tour from Scenic? Here are 14 delicious local eats to savour during your trip.

If you’re a shellfish lover, you must try tuatua, a species of clam indigenous to the shallow waters of New Zealand’s North Island. With their mild flavour and soft, creamy texture, tuatua are delicious eaten in a white wine sauce with a side of crusty bread, or else on their own with a little salt and pepper. Whilst it’s possible to forage for tuatuas on New Zealand’s shores, it’s easier to buy them from one of Auckland’s fishmongers — where a dozen will cost around NZD$8.

Passed down from generation to generation throughout Māori culture, Hangi is an ancient cooking method in which food is cooked slowly using hot stones buried underground. Still found in places like Rotorua, Hangi involves filling a dug-out pit with hot stones, covering with meat and vegetables, and burying the whole lot underground to cook slowly over several hours. The result is delicious, authentic and hearty, and is considered a staple of Māori cuisine.

Whitebait is among the most sought-after fish in New Zealand, demanding the highest price of any local seafood. So beloved is whitebait in NZ that the fish has its own season (Aug-Sept), and this is the best time to enjoy one of the country’s favourite seafood recipes — whitebait fritter. Comprising a simple combination of flour, eggs and whitebait, this delicacy is prepared like an omelette and finished with lemon, black pepper and sea salt. The South Island is famous for its fritters, so look out for the dish as you travel to places like Dunedin and Wellington. 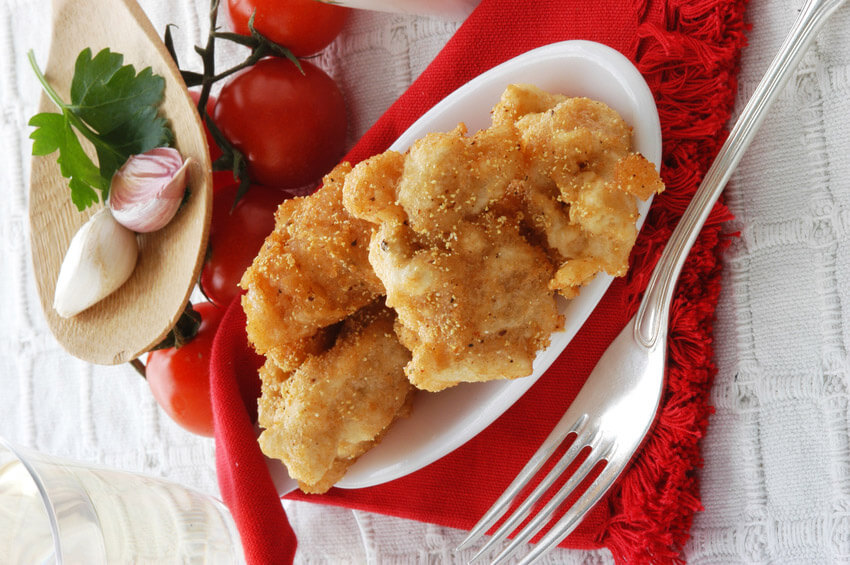 Another dish popular among the Māori is boil-up, which comprises of several ingredients boiled together to create a stew. Traditional boil-up is usually based on pork with ingredients like pumpkin, watercress and potatoes, though other variations do now exist. In Māori culture, boil-up is served with dumplings called ‘doughboys’, which are perfect for when you’re craving a hearty, warming meal. A good example of boil-up can be found at the Hangi Shop in Auckland.

Meat eaters shouldn’t miss out on the chance to enjoy local lamb during their visit to New Zealand. The country rears more sheep than anywhere in the Southern Hemisphere, and you’d do well to find a café or restaurant without lamb on the menu. In some ways, lamb is more prevalent than beef in New Zealand, with lamb burgers being a favourite among locals. For the finest lamb, look to find meat sourced from the fertile farmlands of Waikato.

Delicious drizzled over yoghurt and kiwi fruit, Manuka honey is one of New Zealand’s most famous foodie exports. Indigenous to New Zealand and some parts of Australia, the honey is made from the pollen of the Manuka tree, which grows throughout the archipelago. Manuka is thicker, richer and heavier than other forms of honey, and has a truly distinct flavour. It’s also famous for its healing properties — making it the perfect foodie souvenir for loved ones back home. 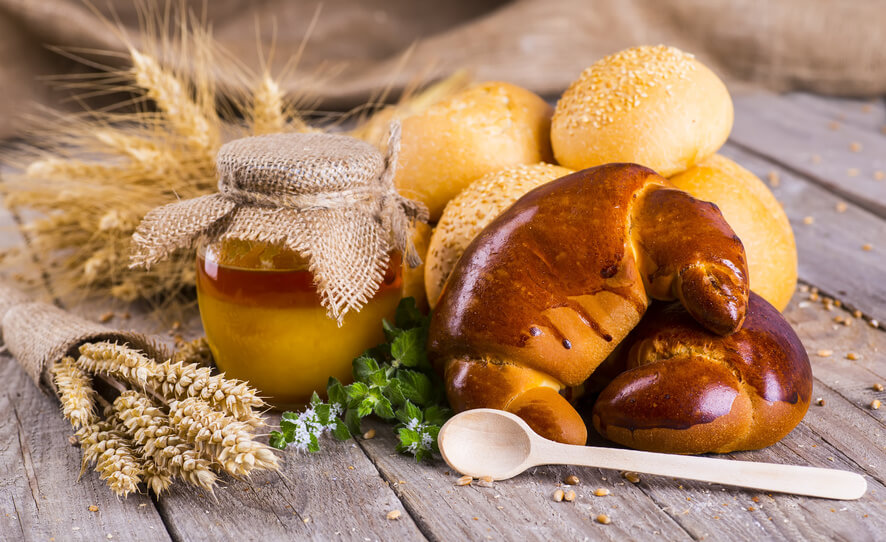 Now a staple sweet treat across New Zealand, Anzac biscuits have a wonderful story attached to them relating to the Australian and New Zealand Army Corps. During WWI, wives and mothers sent these homemade biscuits to their loved ones on the frontline, using ingredients like golden syrup and oats which wouldn’t spoil in transit. After the war, the biscuits remained popular, and were aptly named Anzac biscuits for their military origins.

Pavlova may have been enjoyed in the UK for decades, but this fresh dessert is an export of New Zealand, where it’s considered a true kiwi icon. Indeed, pavlova was originally made using just meringue and the kiwi fruit, though other toppings have now become popular. Perfect with afternoon tea, pavlova can be found in cafés across New Zealand, and we’d recommend the traditional version made with kiwi.

If you’re in need of a refreshing pick-me-up during your visit to New Zealand, try a can of L&P, or Lemon & Paeroa. Popular across New Zealand, this soft drink originates in the town of Paeroa, whose mineral springs are used as the base for this refreshing beverage. The drink is a simple mix of water and lemon, but is highly refreshing and remains one of the country’s most popular soft drinks. For maximum satisfaction, try L&P as the base for a wonderful gin cocktail.

The Māori produce several different breads, and we believe the best is rewena bread, which the Māori began producing after British settlers introduced them to flour (or so the story goes). This loaf is made using potato and flour, and is similar in consistency to sourdough. If you’re tempted by it, head to one of Auckland’s many local food and produce markets. 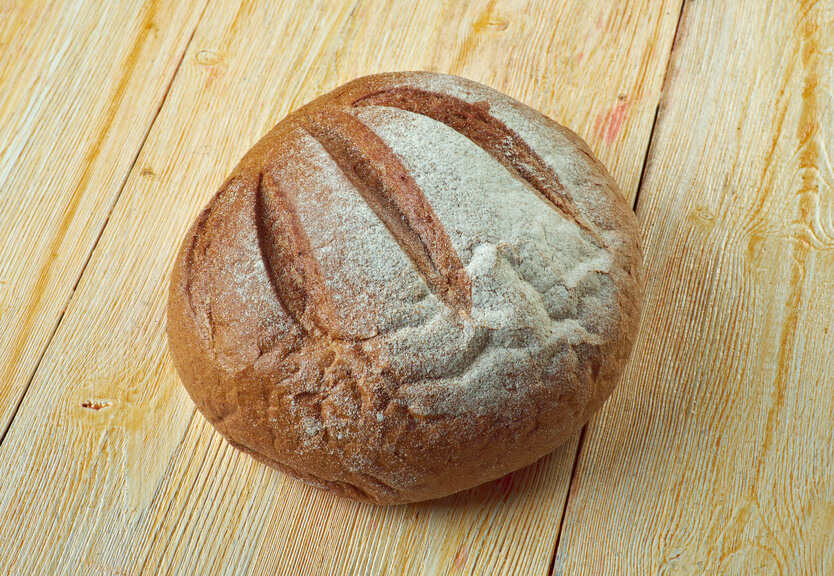 Mussels can be found in abundance off the coast of New Zealand, and the very finest variation of the shellfish is the New Zealand green lipped mussel. This type of mussel is large and meaty, making it perfect to enjoy as a standalone meal with a side of fries or crusty bread. While green lipped mussels can be found across the country, we’d recommend heading to the Belgian cafés of Auckland for the best experience.

Brought to New Zealand by the British, the locals have taken mince and cheese pie to their hearts, and the dish can now be found in bakeries and cafés across the country’s North and South islands. Best served hot, mince and cheese pies contain classic beef mince with gravy and cheese, all wrapped up in a delicious flaky pastry. For the very best pie, try those offered by the Greenland Bakery & Café in Auckland — which currently holds the title for New Zealand’s best pie.

Savour a taste of home with a generous helping of fish and chips, lovingly prepared and wrapped up in newspaper with lashings of salt and vinegar. While New Zealanders don’t claim to have invented fish and chips, they have truly taken the dish to their hearts, with the combination now ingrained in the country’s foodie heritage. While the British variation of fish and chips is usually made from haddock or cod, New Zealanders use hoki or tarakihi fish to rustle up this wholesome favourite — which can be found in takeaways from Auckland to Dunedin. 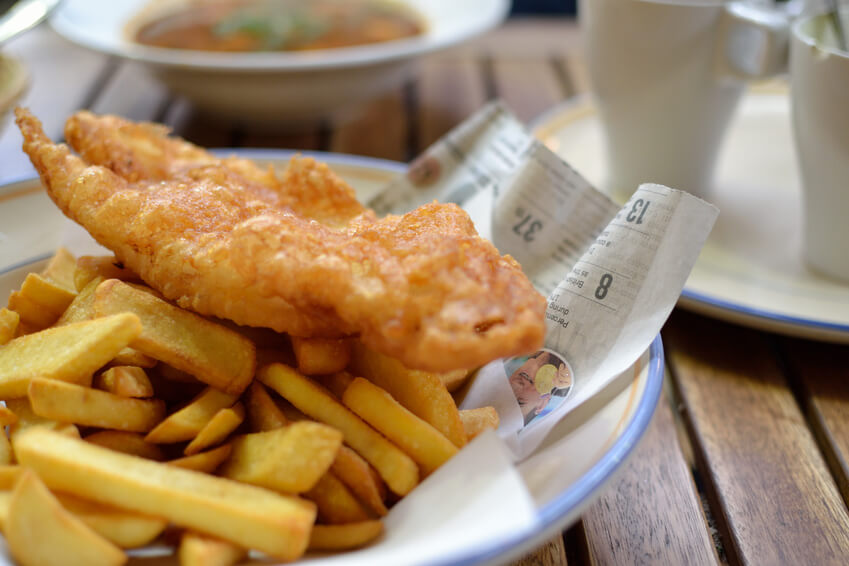 If you’ve a sweet tooth, why not indulge in a lamingtons cake during your visit to New Zealand? These delicious and incredibly popular sweet treats are available in most cafés and supermarkets in New Zealand, and comprise of sponge cake wrapped in a raspberry and chocolate shell, and sprinkled with coconut. Perfect with a weekend breakfast or afternoon tea, lamingtons come top of the list of sweet treats to try in New Zealand.

If these wonderful foodie treats have piqued your interest in a visit to New Zealand, click here to browse our collection of luxury escorted tours through New Zealand and Australia. Should you require further information, please don’t hesitate to call us on 0808 231 9181 and our team will be happy to help.