In the latest series of ‘Cruising with Jane McDonald’, Jane cruises to some of Scenic Eclipse’s South American destinations.

Perhaps you’ve already been watching the fantastic new series of ‘Cruising with Jane McDonald’, which sees the professional singer and long-time cruise ship performer, Jane McDonald, take to the sea. She’ll explore fantastic destinations such as Australia, New Zealand and South America, to name a few.

In the latest series, Jane embarked on a South American adventure, experiencing the many magical wonders of the country. 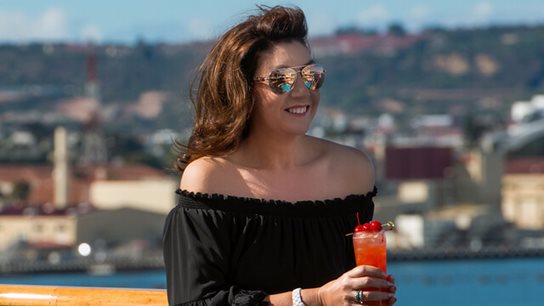 Highlights from the first South America episode include Jane dining with a local Chilean family in Punta Arenas, as well as visiting the breath-taking glaciers the region has to offer. McDonald, who found fame on the 1998 BBC documentary ‘The Cruise’, also tried her hand at Tango dancing in Buenos Aires and took part in a singalong in Puerto Madryn, Patagonia in episode three.

Jane's adventure continued in part two of her South America tour, as she explored Patagonia further, as well as many of the cultural experiences and natural landscapes that we travel to ourselves on board the World’s First Discovery Yachts, the Scenic Eclipse fleet.

So how were the episodes? First off, Jane McDonald sailed to Valparaiso, Chile, which means ‘Valley of Paradise’. The visit to Valparaiso saw her ascend a hill by funicular, taking in the spectacular views along the way. Jane’s tour guides had something extra planned than just simply taking in the views however, as the next minute, the singer was surrounded by graffiti and street art, in what looked like a living, breathing art gallery in the form of spray-painted buildings. All the artwork was tastefully and skilfully placed, artists get special permission to paint in the town and the locals simply embrace this wonderful culture. Jane’s visit ended in her making the most of the interactive street art tour, by spray-painting a Pop Art style picture of herself on a wall!

Next up, McDonald sailed south along the Chilean coast towards Castro, passing beautiful painted houses on stilts. When she arrived at the Northern Patagonia Ice Field, Jane witnessed the incredible, awe-inspiring San Rafael Glacier. The glacier is 20,000 years old and has a unique blue colouring, giving it a magical presence against the water. Of course, as is tradition, Jane enjoyed a whiskey on the rocks with the 20,000-year-old glacial ice!

From dining with a local Chilean family, through to visiting the 1,500 population Port Stanley in the Falkland Islands and meeting British veteran soldiers, Jane really did take it all in. Her grand finale came in Buenos Aires, where she tangoed the night away in a dance class!

Like the look of Valparaiso, Buenos Aires and the Falklands? Visit them all on our Chilean Fjords & Falklands Islands cruise.

If you’re intrigued by the idea of getting up-close to the awe-inspiring fjords, you can experience the amazing sights at the foot of the Darwin Cordillera mountain range, the beautifully diverse wildlife and scenery of the inner passages of the Chilean Channels, as well as the chance to embark on rare and intimate expert walking tours, led by knowledgeable and passionate local guides on our Chilean Fjords and Falklands Islands cruise. 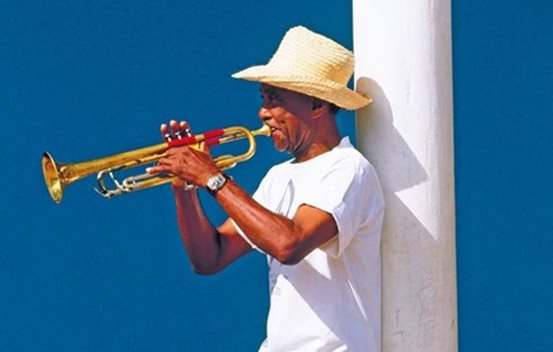 This particular cruise will take you on a tour of the Beagle Channel, the Magellan Strait and Garibaldi Fjord, where you’ll encounter bold glaciers and sparkling fjords in what is simply a marvellous visual feast for any traveller on board the World’s First Discovery Yachts, the Scenic Eclipse fleet.

Ready to start your own adventure of a lifetime today on our South American cruises? Request a free brochure.