Lyon’s Bouchons: What to Eat in France’s Foodie Heartland

In the early twentieth century, famed French food critic and self-styled Prince of Gastronomy, Curnonsky, dubbed Lyon the ‘gastronomic capital of the world’ — an affectionate title that remains as true today as it was over a century ago.

While you’d expect Paris to take the title of France’s food capital, the richness, depth and tradition that goes into every morsel of Lyonnais fare means it outshines even the City of Light in its storied culinary heritage.

That’s not to say Lyon’s gourmet palate is particularly avant-garde. On the contrary, the city’s world-famous bouchons focus not on contemporary haute cuisine, but on timeless dishes that hark back to the origins of traditional peasant fare. The restaurants themselves are geared towards personable and relaxed dining, where every guest is greeted personally by the owner and encouraged to ignore the usual formalities of French fine dining. 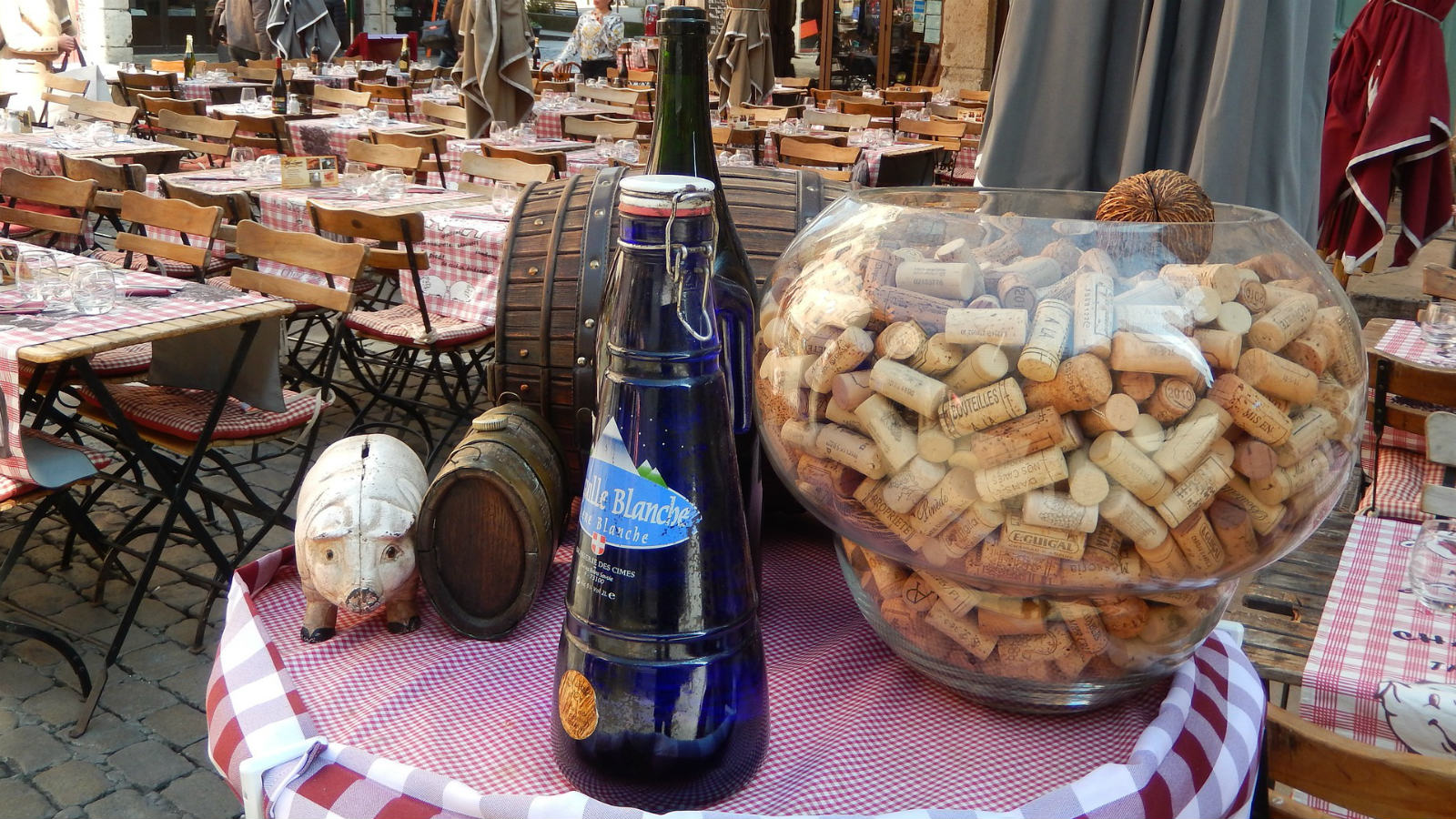 Given Lyon’s status as the culinary heart of France, a visit to one or more of its charming bouchons is an absolute must during a luxury river cruise on the Rhône. To whet your appetite for a culinary sojourn in this exciting French city, here’s a guide to what and where to eat in Lyon.

Choose to dine at an authentic Lyonnais bouchon, and you best bring your appetite. Evening meals span several courses at a slow, leisurely pace, so make sure you save yourself for starter, main and dessert. Here’s a handful of the finest entrées and appetisers to look out for in your chosen bouchon.

What: Salade de foies de volailles is a delicious, hearty salad made using fresh lettuce, tomatoes, radish and other common salad ingredients, before being topped off with a serving of pan-fried chicken liver. In some bouchons, the dish is also served with a soft poached egg and a drizzle of French vinaigrette.

Le Bouchon Sully is part of a wave of new bouchons to open in Lyon in recent years. Though lacking the history of other restaurants in the city, this intimate venue has impressed critics with its time-honoured dishes, and its Salade de foies de volailles is particularly delicious.

What: Fromage de tête is a unique cold cut appetiser whose origins date back hundreds of years. Unlike traditional dairy cheese, fromage de tête is a terrine or meat jelly made from the flesh of a calf or pig’s head, which is set in gelatine or consommé.

Le Musée is easily one of the best bouchons in Lyon, with an extensive menu of robust and delicious dishes complemented by some of the friendliest service in France. If you aren’t tempted by the fromage de tête, try the pork jaw, whose flavours will dazzle your palate. 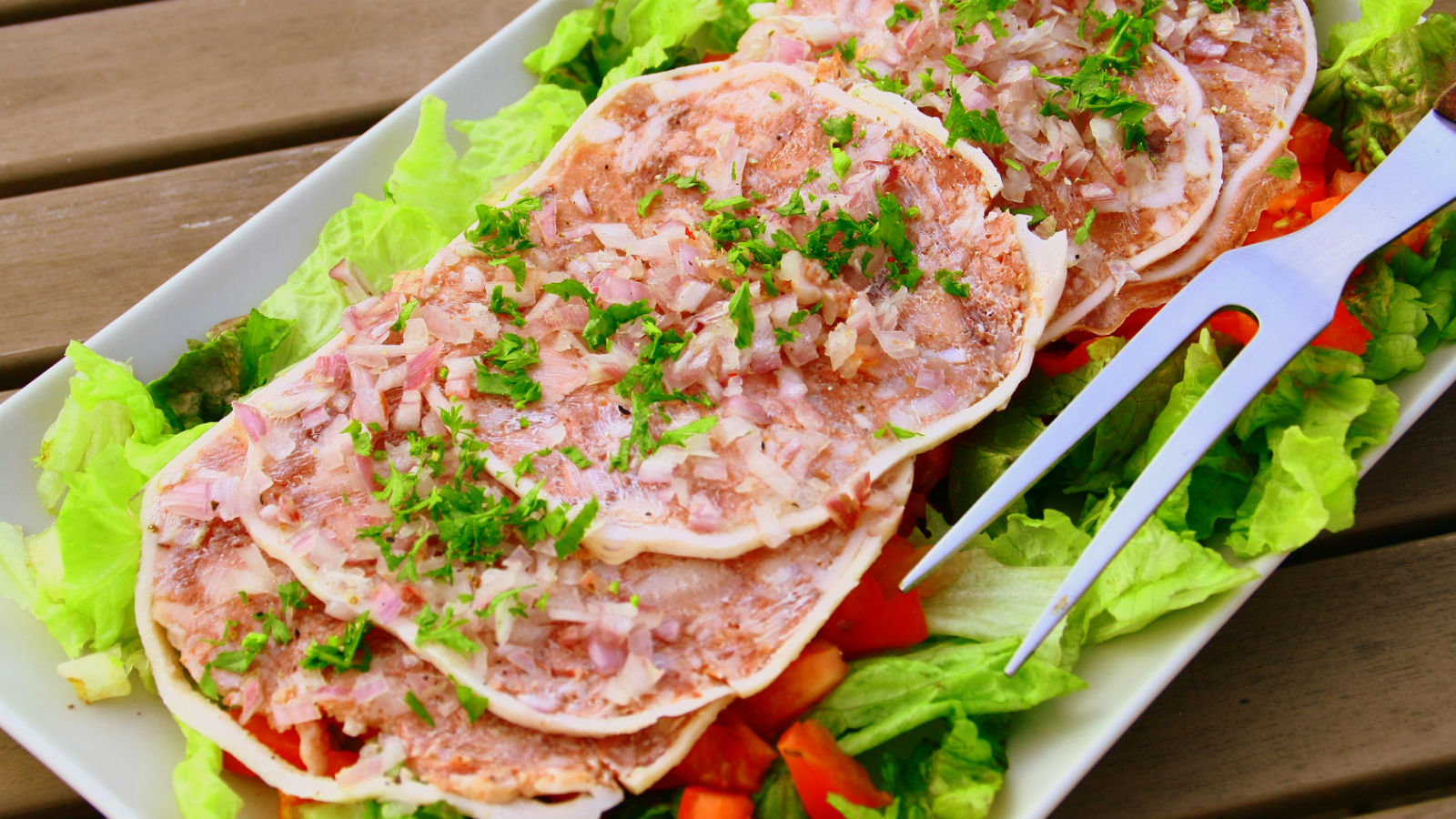 What: Boudin noir is a type of blood sausage containing pork, pigs blood and seasoning. Though similar to black pudding, the Lyonnais variant is served with a warm apple sauce. Its origins are thought to be Roman or Germanic, though today it is considered a traditional French dish.

Established in 1900, Le Bistrot de Lyon is one of the city’s oldest and most authentic bouchons, with eclectic interior décor and a menu of rich, meaty dishes. Among other tasty appetisers is an exceptional boudin noir, whose recipe is said to date back over a hundred years.

Wholesome, hearty fare typifies Lyonnais gastronomy, and meat and fish come high on the menu in most of the city’s authentic bouchons. Wherever and whatever you choose to eat, expect bold flavours and a big plateful. Here are some of the best main courses to look out for in Lyon.

What: This classic French dish may now be served in restaurants around the world, but its origins are rooted in the bouchons of Lyon. The dish comprises chicken, vegetables and herbs cooked in a rich Burgundy wine sauce, and is an extremely popular option in the city.

With just a handful of tables, Les Fines Gueules is one of Lyon’s smallest and most intimate bouchons. What it lacks in interior space, however, it more than makes up for in the deep, bold flavours of its food. Try the Coq au vin with a side of traditional Paillasson Lyonnais — a popular dish made from potatoes, herbs and butter. 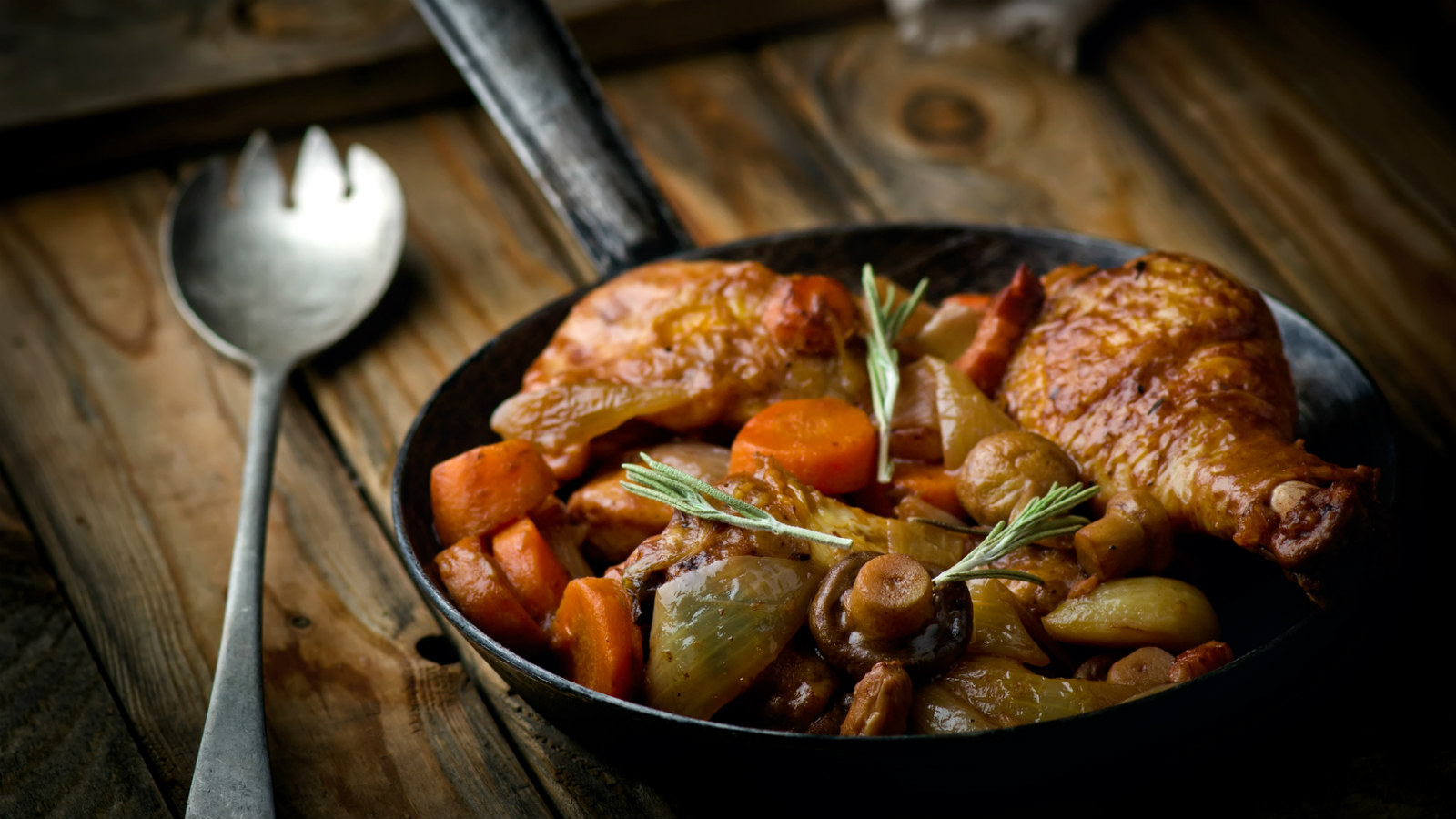 What: This brave, unflinching dish contains beef stomach, whose honeycomb texture may be too much for some diners. The meat is marinated in white wine sauce and topped with breadcrumbs, giving it a tender and delicious flavour.

Affordable and intimate, Le Bouchon des Cordeliers is one of the most accessible of Lyon’s genuine bouchons. One of the restaurant’s classic dishes is its Tablier de sapeur, accompanied with a delicious mustard dressing.

What: According to famous French chef, Raymond Blanc, pot-au-feu is “the quintessence of French family cuisine, honouring the tables of the rich and poor alike.” Traditionally, this rich beef stew is made from beef, oxtail and marrowbone, as well as a number of vegetables including turnips, leeks, celery and onions.

One of the very best bouchons in Lyon, Le Tire Bouchon has been serving traditional Lyonnais fare since the early 19th century. Given its association with the silk workers who passed through the city, Le Tire Bouchon is the perfect place to sample pot-au-feu, one of France’s most popular peasant dishes.

While traditional Lyonnais cuisine is associated with rich, meaty fare, the city also harbours a serious sweet tooth. If you like nothing better than to round off a delicious meal with something sweet and sticky, the bouchons of Lyon promise sheer indulgence.

Gooey chocolate praline, whole hazelnuts, a crunchy biscuit base and a dollop of clotted cream — what more could you want from a decadent dessert? Tarte aux pralines is a staple sweet in most of the city’s bouchons, so you’re sure to find it wherever you choose to dine.

Of all Lyon’s delicious sweet pastry treats, Bugnes de Lyon is arguably the most palate pleasing. Known as ‘Angel Wings’ in English, these twisted pieces of dough are deep-fried and sprinkled with icing sugar — for a delicious after-dinner snack that won’t leave you overly full. If you’ve room left for a truly indulgent dessert, order a portion of traditional Matefaim Lyonnais. A cross between a slice of cake and a French crêpe, Matefaim Lyonnais is a hearty and extravagant dessert ordinarily served with a sweet apple filling and a dollop of cream. Delicious, but filling.

If you’re keen to sample the culinary highlights of a Lyonnais bouchon, it’s important to know how to identify an officially certified restaurant. Lyon is home to around twenty certified bouchons, though many other establishments exist which use the term.

Since 1997, The Association for the Preservation of Lyonnais Bouchons has been rewarding restaurants as ‘authentic’ bouchons. These restaurants receive the official ‘Les Authentiques Bouchons Lyonnais’ sticker, which is a glass of wine pictured next to the crest of Lyon. For a truly authentic experience, we’d recommend finding a restaurant which bears this sticker of authenticity.

For the chance to experience the culinary highlights of Lyon, click here to browse our complete range of luxury Rhône river cruises, or call us today on 0808 301 4792.