Picasso’s Greatest Influences Explored: From the Blue Period to Cubism

Painter, sculptor, pioneer – Pablo Picasso is the defining creative mind of a generation.
Born in Málaga, Spain, in 1881, Pablo Picasso would go on to become a generation-defining artist before the age of 50 – his bold, distinct style and ability to produce a broad range of works cementing him as a master of creative expression. Throughout his life, Picasso produced some 20,000 works, from paintings and drawings to sculptures, theatre sets, costumes and ceramics, making him one of the prolific artists of the 20th century.
The breadth of Picasso’s work is such that in every major gallery in the world, you’re likely to encounter the master’s art. In his hometown, Málaga, the artist continues to be hailed as a local hero, the house where he was born transformed into an immersive museum, dedicated to his life and work.
With Scenic Eclipse, you can visit Malaga’s Museo Picasso as part of our unforgettable Iberian Discovery and Ultimate Mediterranean Discovery itineraries.
To provide a little further background, we’re taking a look at the life, times and creative peaks of this modern master – from his impoverished Blue Period to his role in kick-starting the Cubist movement.

The Life of a Master: Introducing Pablo Picasso

Raised in Spain by middle-class parents, Picasso moved to Paris in the early 1900s, where he fell in with a group of fellow artists and writers, including Henri Matisse. Picasso and his contemporaries struggled in the early years of the 20th century, but were supported in their work by a handful of wealthy and influential art collectors, including Leo and Gertrude Stein, Claribel Cone and Daniel-Henry Kahnweiler.
During this time, Picasso moved through two of his most influential and prolific artistic periods, including ‘Blue’ and ‘Rose’. Reflecting both his low life-standing and burgeoning modernist style, Picasso’s work from these periods was characterised by its sombre themes and monotonal use of colour – characteristics inspired by his experiences as a starving artist.
In the decades that followed, Picasso’s work changed beyond recognition, and with it his reputation as one of the world’s foremost artists. During his lifetime, Picasso attained what few other artists could: a sprawling, global fanbase. Since his death in 1973, his works have continued to inspire artists, writers and creative minds, confirming Picasso as the seminal artist of the past century. Throughout his long career, Picasso moved through various artistic chapters, his experiences and encounters influencing major creative changes and outlooks. From the Blue Period to Cubism, we explore Picasso’s major artistic movements, shining a light on some of his most seminal and influential works.

Picasso’s Blue Period spanned three years, commencing in 1901 and ending around 1904. Having moved to Paris, the artist lived in relative poverty, burning works to heat his small apartment. The Blue Period came as a direct result of this experience, with works depicting malnutrition, impoverished figures, prostitution and themes of suicide. Paintings from this period are characterised for their use of monochromatic colouring, with shades of blues and greens adding to the sombre feeling of his work. Coming directly after the Blue Period in 1904-1906, Picasso’s Rose Period saw a change in tone, with some element of levity returning to the artist’s work. Critics agree this change may have come as a result of some successes for Picasso, which helped lift the artist out of poverty and depression. It was around this time that Picasso fell under the tutorage and influence of Gertrude Stein, who contributed to the artist’s finances and became one of his chief patrons. As the name suggests, Picasso’s Rose Period works incorporated a more generous colour palette, doing away with the sombre tone which pervaded his earlier works. 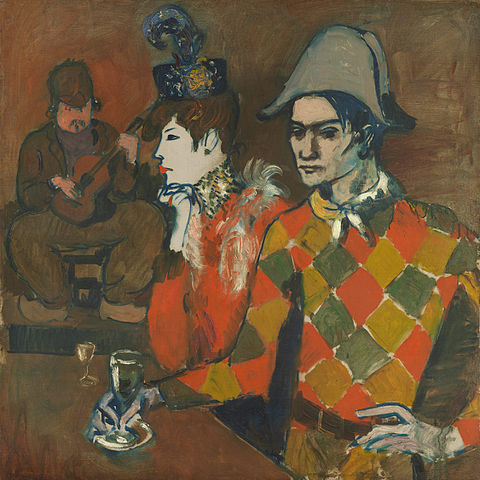 A turning point for Picasso came in 1907, after attending a retrospective on the life and works of influential artist, Paul Cezanne. Picasso found in Cezanne’s work a clear vision of how to express a deeper theme into a singular, vivid image, and this would inspire him to branch out and develop a more modern, abstract style. At the same time, Picasso retraced his steps to Iberia, and became inspired by Spanish sculpture, as well as primitive African masks. From this period, known as the African Influence, came some of Picasso’s most celebrated works, and a handful of his earliest masterpieces. 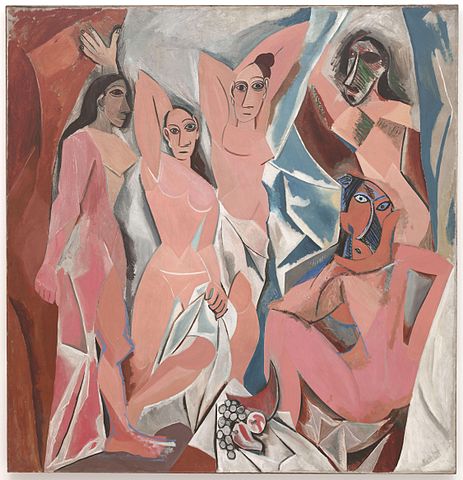 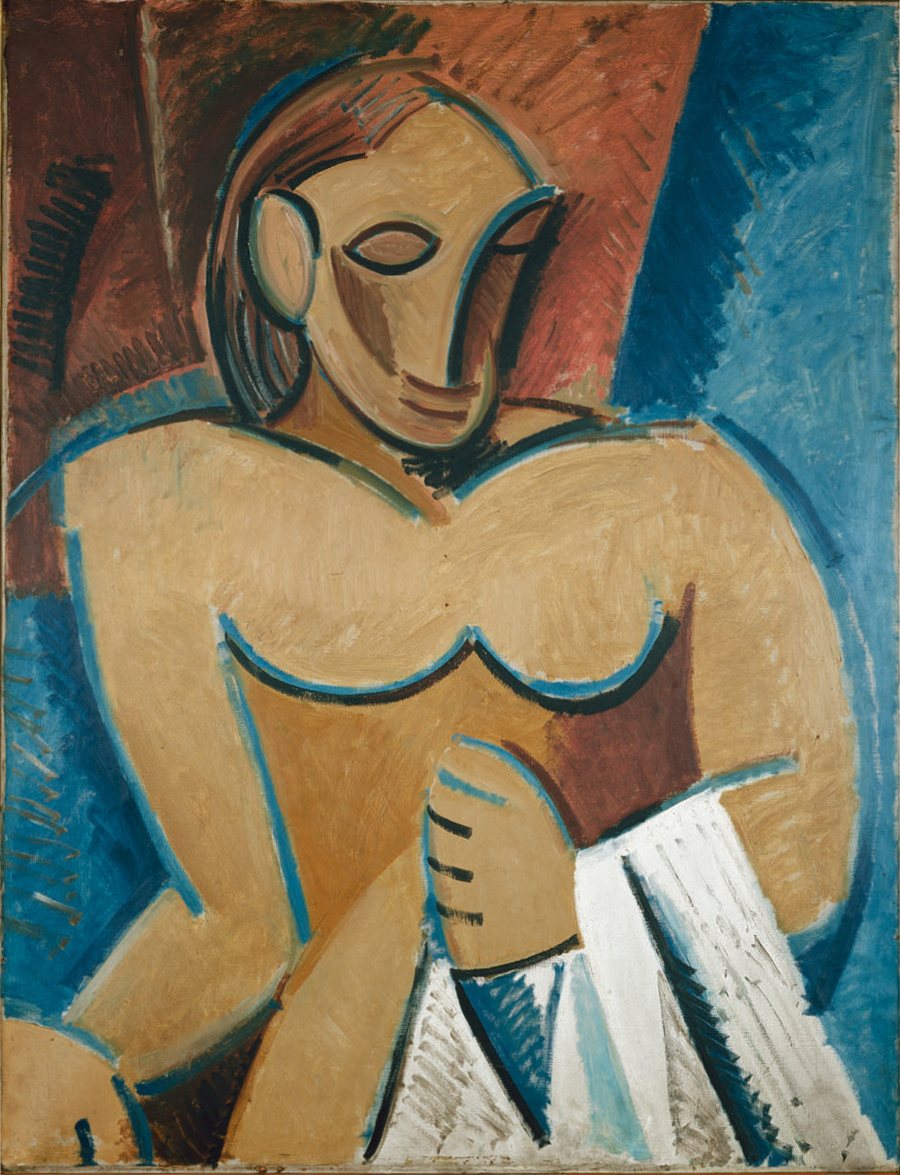 Following his Cezanne-inspired awakening, Picasso moved towards total modernity, leaning on contemporaries like Henri Rousseau to innovate a new style of artistic expression: Cubism. In his Cubist works, Picasso sought to deconstruct conventional forms, many of which had been in place since the Renaissance period. Colour, shapes, collage and texture became the conventions of Picasso Cubism, with geometrical figures helping to capture abstract themes throughout the artist’s work. Picasso’s Cubist period proved the longest and most successful in his career up until that point, and produced some of his most compelling and iconic works. 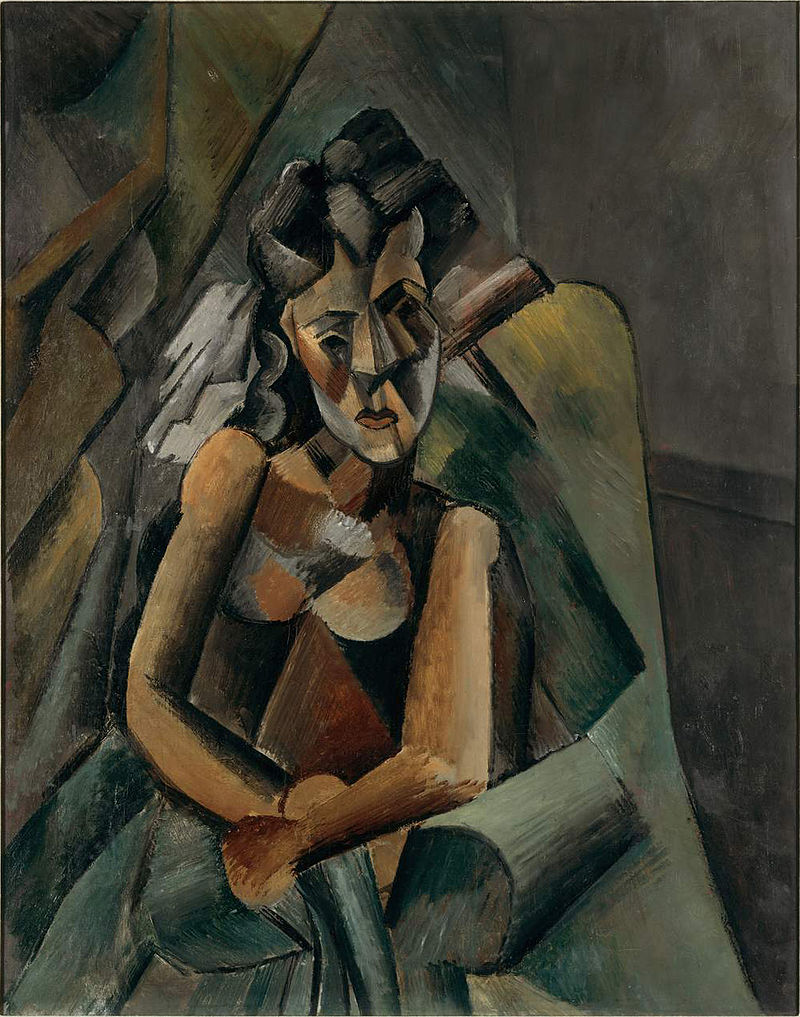 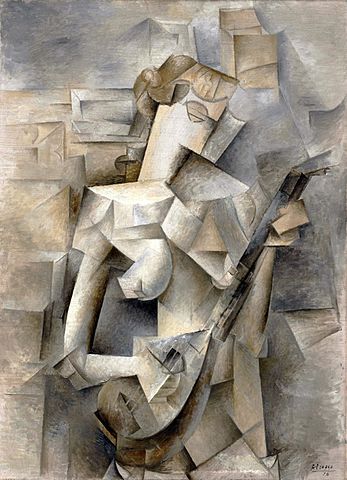 Following WWI, Picasso began a period of self-reflection, travelling to Italy where he immersed in the country’s neoclassical artistic legacy and heritage. The trip had a profound influence on Picasso’s later work, whereby he combined his extreme modernistic style with elements of the neoclassical. The result was a move towards the surreal, as well as a greater focus on sculpture. Many of the artist’s classic works originate from this period, including Guernica, produced in 1937. It could be said that Picasso’s work also became more politicised in this period, with themes denouncing the rise of fascism.

In his later years, Picasso’s creative output didn’t let up. Indeed, the artist continued to showcase innovative new pieces until his death, with critics agreeing that he was on the brink of establishing a whole new movement, neo-expressionism, before he died in 1973. Not only did his works become bigger, bolder and incorporate more colour, but they also reflected elements from all the different styles he had worked with over the course of his career. It’s also thought that Picasso spent a lot of time exploring his great influences, like Rembrandt and Diego Velazquez, ahead of his death, which contributed to the innovative, timeless style of his later work Upon his death, Pablo Picasso left behind a monumental body of work, and is rightly regarded as one of the world’s foremost artistic pioneers. Given the sheer volume of works produced in his lifetime, there are countless opportunities to discover and explore his art in the world’s leading museums – from the Guggenheim to the Rijksmuseum.
One of the very best places to explore the life, legacy and artworks of Pablo Picasso, however, is in his hometown of Málaga. Here, as part of a luxury ocean cruise on board Scenic Eclipse, you can visit the Museo Picasso, the birthplace of the artist, which has now been transformed into an immersive museum.
Learn more about Picasso’s early life and influences, and explore some of the rare works in the museum’s extensive owned collection. Art and history fans alike will relish the chance to explore the legacy and heritage of one of Europe’s foremost creative minds.
Art, culture, gastronomy, history – all this and more awaits on a luxury ocean cruise on board the World’s First Discovery Yacht, Scenic Eclipse. For more information or to book, visit the homepage or call 0808 159 8834.