Shoes on the Danube Bank: A Moving Memorial in Budapest

As well as showcasing natural beauty and architectural feats, the river Danube reveals a poignant aspect of European history — and nowhere is this more keenly felt than at the Shoes on the Danube Bank memorial in Budapest.

Listed in our guide to 50 memorable experiences along Europe’s rivers, the Shoes on the Danube Bank serves as a moving tribute to the turbulent history of Budapest, and those who lost their lives beside the river 70 years ago.

For those with an interest in modern European history, here we tell the story of how the Shoes on the Danube Bank memorial came to be, and provide a brief guide on how best to experience this affecting monument during your visit to Budapest.

The Origins of the Shoes on the Danube Bank

On 26 June 1941, Hungary formally entered World War II as an Axis power, declaring war on the Soviet Union. For two years, Hungarian troops fought on the Eastern Front against the Red Army, suffering huge losses at the River Don during Operation Little Saturn in 1943. Because of this heavy defeat, the Hungarian government began to form a secret peace deal with the Allies, to remove the country from the conflict and end the war with the Soviets.

After learning of the planned defection, however, the Nazis occupied Hungary, sending troops into the country on 19 March 1944. After further attempts to disengage from the war, the Germans overturned the Hungarian parliament and implemented a puppet regime under the fascist Arrow Cross Party of Ferenc Szálasi, the leader of the Government of National Unity.

Szálasi pledged all of Hungary’s resources to the German war machine, and as a result, the country was forced to partake in the Holocaust. From May to June 1944, over 440,000 Jewish citizens were deported from across Hungary, many being sent to Auschwitz where they were later executed. 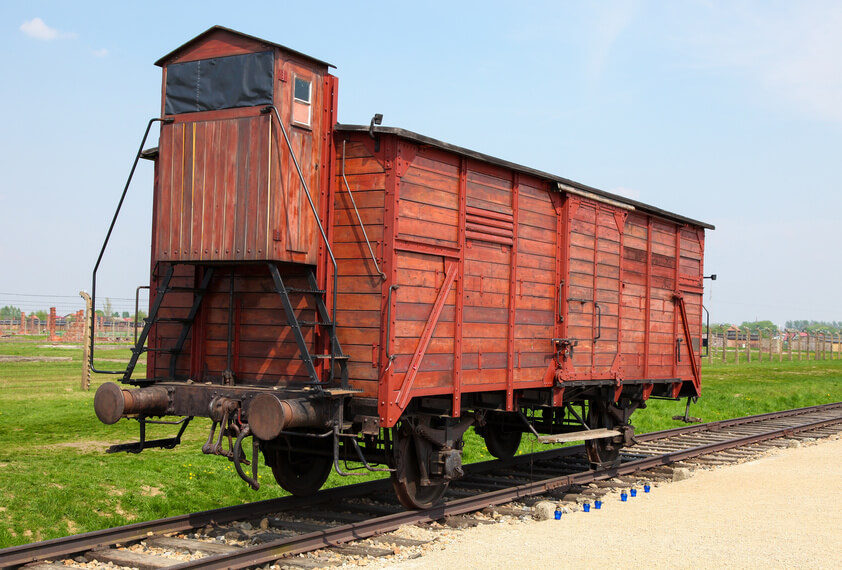 The Arrow Cross Party played a major role in rounding up Jewish civilians for the Nazis, and executed many Hungarians who were suspected of sheltering Jewish citizens. By late 1944, when the Soviets began their advance on Budapest, the Arrow Cross began a systematic massacre of the city’s remaining Jews, raiding the Jewish Quarter and its ghettos to exterminate the Jewish population.

During the time of the Arrow Cross Terror, over 3,500 Jewish citizens and Hungarians were shot on the banks of the Danube, their bodies falling into the river to be swept away by the current. Before the executions, each victim was ordered to remove their shoes, which were left behind on the riverbank. This poignant image would later influence the design of the Shoes on the Danube Bank memorial.

A Moving Memorial to Remember

The Shoes on the Danube Bank was conceived by Hungarian film director Can Togay, and later designed and created by sculptor Gula Pauer. The memorial was erected on 16 April 2005, and features sixty pairs of iron-forged shoes attached to the stone embankment. The shoes themselves are period-appropriate, reflecting the style of footwear which the victims would have worn in the 1940s. They’re also made in different sizes and styles, to depict how nobody, not even children, was spared the brutality of the Arrow Cross regime.

Stretching for around 40 metres along the bank of the Danube, the memorial comprises three cast iron signs displaying the words “To the memory of the victims shot into the Danube by Arrow Cross militiamen in 1944-45” — with the text written in Hungarian, English and Hebrew. The memorial is located on the Pest side of the Danube, 300 metres south of the Hungarian State Parliament Building and overlooking the prestigious Széchenyi Chain Bridge. 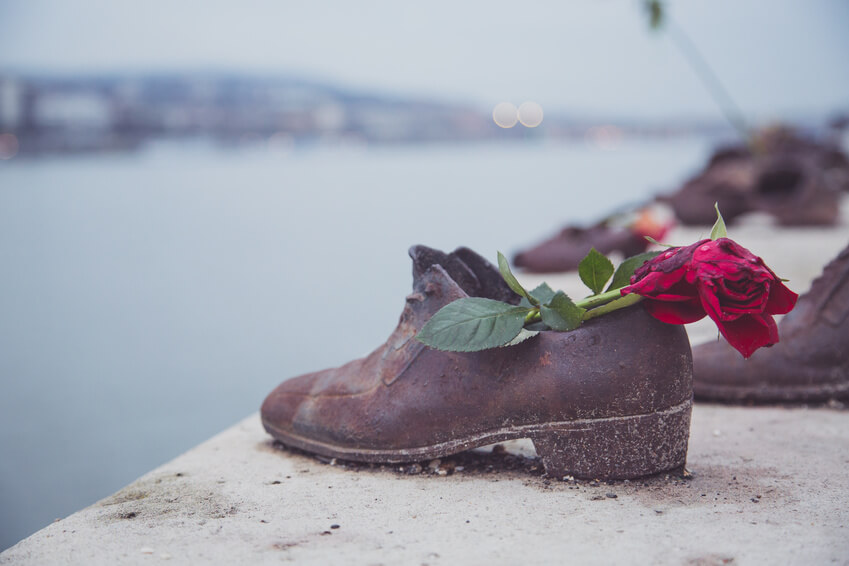 Visit the Shoes on the Danube Bank memorial during your visit to Budapest, and you’ll be struck by the tangible sense of melancholy and solitude which permeates from this simple tribute. Local people often leave flowers and candles beside the monument to honour the fallen, and by night the flickering candlelight adds to the contemplative atmosphere of the memorial.

To experience this poignant monument for yourself, Scenic offer passage to the heart of the Budapest on the timeless Danube River. Whether you join one of our expert guides or choose to explore the city on your own, you’ll have the opportunity to visit and reflect on the Shoes of the Danube Bank memorial — a moving experience you’ll certainly never forget.

For more information on our Danube river cruises and to browse our complete collection of itineraries, click here or call us on 0808 250 1926.