Top 10 Things to Do on a Stopover in Asia

No continent offers such a treasure trove of dazzling highlights as Asia. From the glittering Emirates of the west to the exotic wonders of the east; cultural traditions and customs play out in a kaleidoscope of colour, vibrancy and charm across this vast land — providing unforgettable travel moments to treasure.

At Scenic, our luxury touring holidays go a long way in revealing the enchanting culture and spirit of Asia, each carefully crafted to ensure a true once-in-a-lifetime journey. And, as well as our collection of outstanding escorted tours in Asia, we also offer a range of stopover options — so you can experience even more of this extraordinary continent.

To offer a taste of some of the incredible highlights you can expect when choosing to extend your Scenic tour with a luxury stopover, here we take a whistle-stop tour of the top 10 things to do on a stopover in Asia.

1. Gardens by the Bay, Singapore

Affectionately known as ‘the garden city’, Singapore is home to many iconic green spaces, helping locals and travellers alike find a little peace and quiet amid the hubbub of the city. One of the most impressive of these green pockets is the Gardens by the Bay, a dedicated nature park spanning 101 hectares on Singapore’s central Marina Reservoir.

The Gardens By the Bay consist of three waterfront gardens, including the Bay South Garden, Bay East Garden and Bay Central Garden. Each section contains a variety of exotic plant life from five different continents, as well as special exhibitions like the Flower Dome, Cloud Forest and the Supertree Grove. 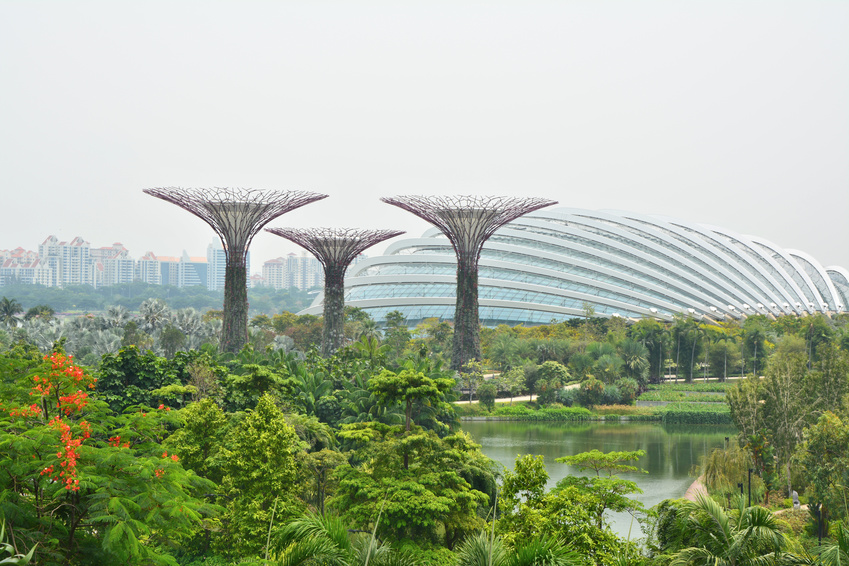 Dubbed a ‘megatall skyscraper’, Dubai’s Burj Khalifa currently holds the title as the world’s tallest structure, standing at a staggering 829.8m high. This extraordinary structure towers over the city’s celebrated skyline, and is home to everything from residential apartments and offices to hotels, restaurants, bars and of course, a series of exceptional viewing platforms offering panoramic vistas across the city and beyond.

For the best view, make for the At the Top observatory on the 124th floor, where you can savour spectacular 360° views of Dubai and its surrounding desert landscapes.

Marrying colonial elegance with all the ultra-modern contemporary design of an Asian metropolis; Hong Kong has long been one of the most exhilarating destinations of the Orient. The city stretches across the natural Victoria Harbour, and it’s here where you can enjoy Hong Kong’s world-famous skyline in all of its glorious splendour.

To make your stopover in Hong Kong that extra special, you’ll enjoy a night time cruise of Victoria Harbour on board a traditional junk boat — allowing you to savour every inch of the extraordinary cityscape. Your cruise is complemented by complimentary drinks and a laser light show, though we’re sure you’ll be more distracted by the magnificent views. 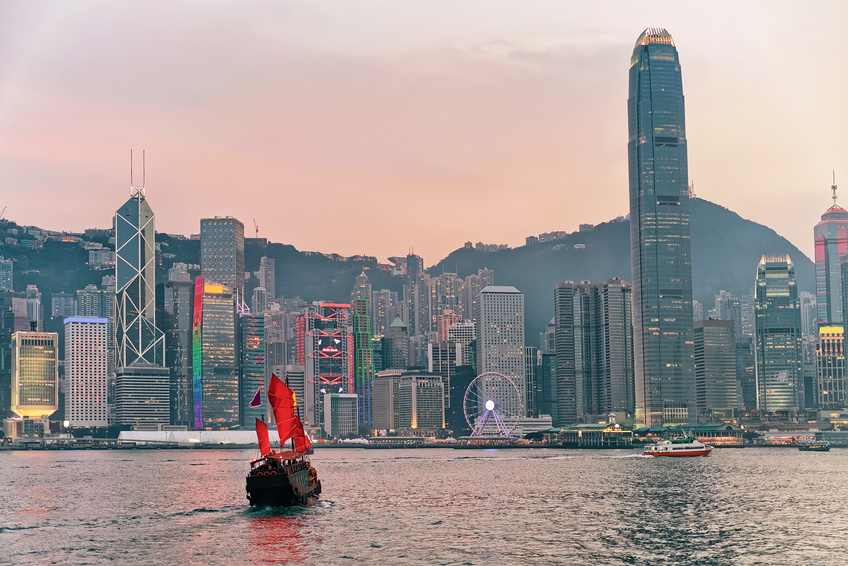 If one iconic scene could encapsulate the exotic wonder of Thailand, it would be the floating markets of Bangkok, where waterborne traders flock to offer their wares to those on dry land. The Thai capital is home to several weekly floating markets, including Damnoen Saduak, Tha Ka and Ampawa, with each offering its own distinct wares and local flavours.

Opt to enjoy a stopover in Bangkok as part of a Scenic tour, and you’ll enjoy a tour of the city’s world-famous floating markets — giving you plenty of time to soak up the spectacle and buy special mementoes for loved ones back home.

Given you’ve only limited time to enjoy a stopover, joining a dedicated tour can help you get to grips with the main sights and points of interest without the need to consult your guidebook every few hundred metres. This is exactly what we offer to those who choose to enjoy a stopover in Singapore before or after their longer touring break — giving you the opportunity to take in the city’s wonderful highlights in one fell swoop.

Bangkok’s, and perhaps Thailand’s, most famous landmark is undoubtedly the Grand Palace. This historic palace complex was built in 1782, and has been the official residence of the Kings of Siam ever since, with official state ceremonies still taking place within its ornate, gilded walls. 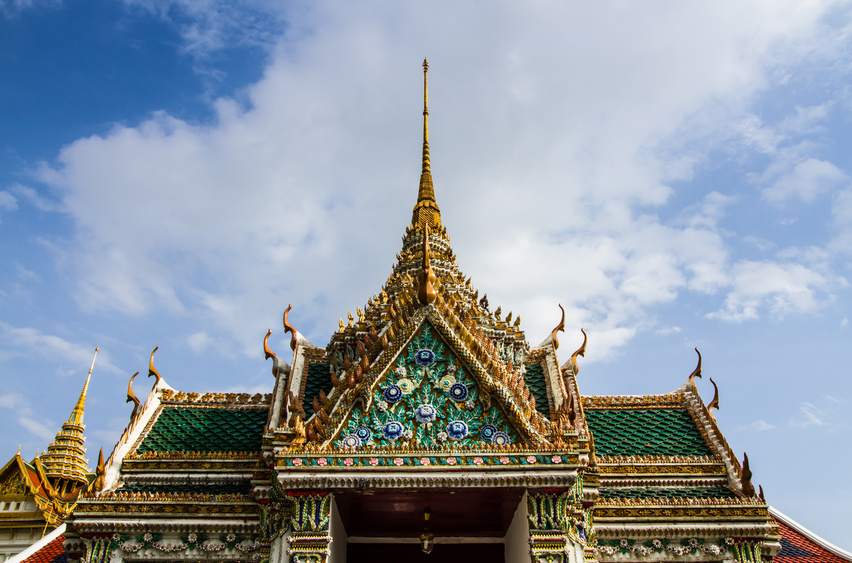 The Grand Palace sits at the bustling centre of Bangkok, sprawling for several acres on the banks of the Chao Phraya River. Rather than comprising of a single structure, the palace is made up of a series of buildings, pavilions and halls, as well as lawns and landscaped courtyards. It goes without saying that this is an absolute must-visit during a stopover in the Thai capital.

Hong Kong Island is home to many of the iconic landmarks for which this Asian territory is synonymous, including Ocean Park, ‘The Peak’ and Repulse Bay, whose beautiful horseshoe-shaped bay feels a far cry from the hubbub of the city.

As a Scenic guest in Hong Kong, you’ll be treated to an in-depth tour of Hong Kong Island’s most esteemed sights and landmarks. Take in the city’s breath-taking skyline from Victoria Peak, enjoy a little retail therapy at Stanley Market or stop off at Aberdeen Harbour for an optional sampan ride. These are but a handful of the extraordinary sights you can expect on a Hong Kong Island tour.

The glittering centrepiece of the flourishing UAE; Dubai is a very special destination in which to enjoy a stopover. Across the city, the ancient intermingles with the ultra-modern, lending immense contrast to Dubai’s iconic skyline. From traditional bazaars, where it’s possible to pick up anything from fine jewellery to spices, to contemporary restaurants perched high at the summit of towering skyscrapers — Dubai is quite unlike anywhere else on Earth.

Travel to this majestic Emirate as part of a Scenic stopover, and you’ll enjoy a complimentary city tour, taking in some of the city’s most famous sights, including the Burj Al Arab, Palm Islands and Dubai Marina.

Unique experiences are par for the course in Singapore, and none are quite as exceptional as the Night Safari. Self-styled as the world’s first nocturnal zoo, this large animal park features a number of different exhibits, including Indo-Malayan, Burmese Hillside, Forest Giant Trail and Himalayan Foothills, with each being occupied by rare wildlife from these regions who prefer to come out at night.

As part of the safari, you’ll travel around the park in a purpose-built buggy, getting up close to some of the rare nocturnal species. The park is designed to replicate each animal’s natural habitat, so you can enjoy an authentic look at these rare animals in something resembling the wild.

The people of Thailand rely on their country’s waterways more than most, with a rich fishing and trading heritage dating back thousands of years. Today, the rivers which flow through the city of Bangkok are still widely used by local fishermen and traders, as well as for pleasure cruises through the heart of the capital. 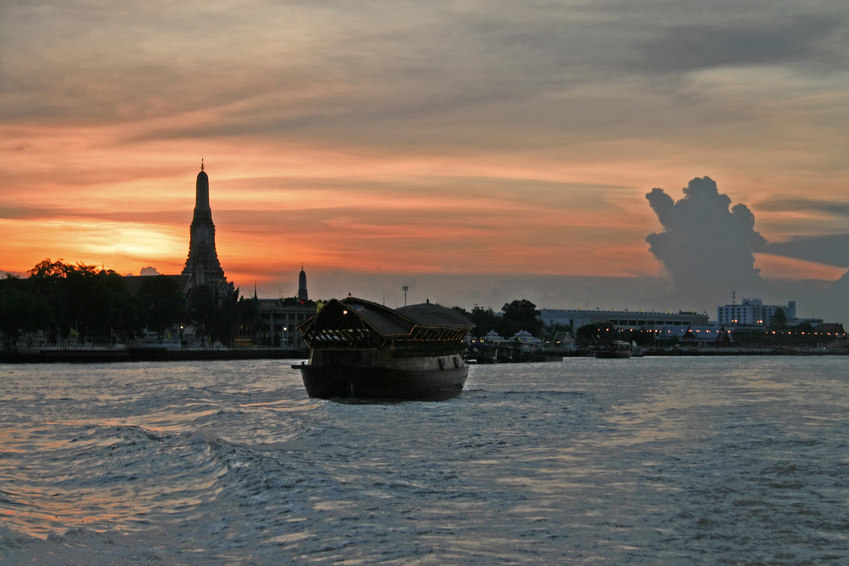 As part of a stopover in Bangkok, you can enjoy an excursion on board an authentic local rice barge, converted to offer comfortable passage through the waterways of the city. Passing famous attractions like the Grand Palace, you’ll enjoy ice-cold cocktails and a fruit buffet as part of this unforgettable excursion.

If you’re keen to visit one of the many stopover destinations we offer as an optional extra on our escorted tours, check out our dedicated touring page or call us today on 0808 250 8785 for more information.