Tracing the Footsteps of Viking History: A Tour of Iceland, Scotland and Norway

Remembered as one of history’s most fearsome civilisations, the Vikings remain shrouded in both reverence and misconception. Depicted as wild savages throughout the centuries, they nevertheless remain a powerful, history-altering force that were to be reckoned with, one that made indelible imprints on our language, economy and culture.

Scenic Eclipse’s Footsteps of the Vikings ocean cruise lets you trace the path of the civilisation’s 500-year history, from their historic home nation of Norway to the wild shores of Iceland, it’s an itinerary that’s been masterfully crafted to let you experience the countries and regions that helped shape their iconic legacy.

Fjord to Fair Isle, Loch Ewe to Reykjavik; let us highlight the glacial beauty of these regions that belied the Vikings’ five-century-long history of raid, trade and culture; an impact that’s still being felt today.

Traditionally thought to have been founded by King Olav Kyrre four years after the Viking Age ended with the Battle of Hastings, it’s since come to light that Bergen was established as a trading settlement during the 1020s or 1030s.

The second largest city in Norway, modern Bergen stands as a centre for aquaculture and higher education, with three educational establishments founded in the 20th century alone. 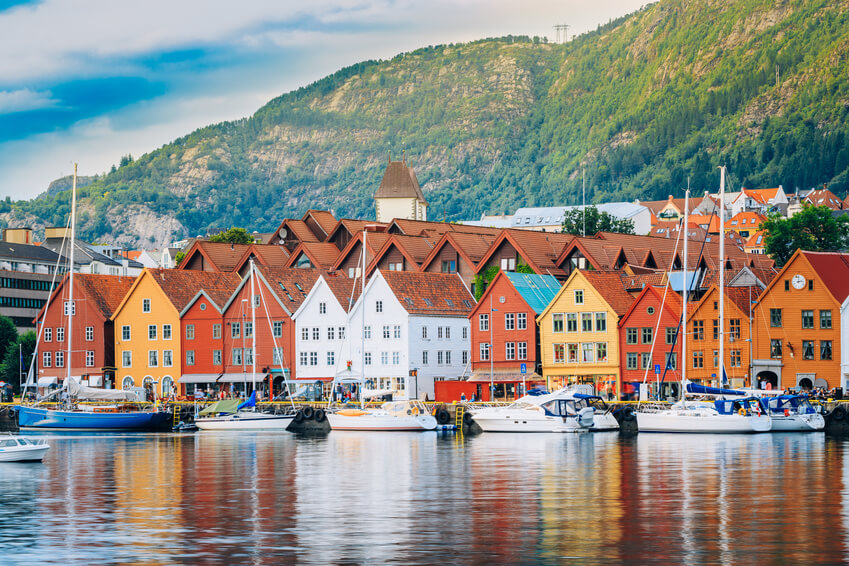 From here, you’ll travel to the Hardanger Fjord, the fourth longest in the world and second longest in Norway. An area of spectacular natural beauty, it was branded a petty kingdom – one considered minor compared to an empire - in the early Viking Age before Norway’s unification in 872. Serene and breath-taking, a blissful cruise through the fjord offers plenty of opportunities to take in its unbelievable scenery. With strong ties to Norway, the Shetlands were colonised by the Vikings in the 8th and 9th centuries as they turned towards invasion rather than their typical plundering. You’ll visit Lerwick, the islands’ capital bristling with Norse and Viking heritage which is still felt in its place names and the Up Helly Aa festival, a fire festival that marks the end of the yule season. The site of a beacon thought to ward off potential invaders, Fair Isle became an entrenched Viking settlement sometime from the 8th century onwards. Today, the island is remarkably remote, with a resident population of just 60 which reflects its ‘peaceful island’ moniker. Small, but brimming with rare wildlife, welcoming spirit and a rich cultural heritage, take a trip to the George Waterston Museum, named after the beloved resident who gave the isle’s profile and economy a boost in the late forties. Coming from the Old Norse Stjórnavágr, Stornoway was founded by the Vikings in the early 9th century. A centre of much military action until the mid-19th century, Stornoway is now an important port and a major administrative centre of the Outer Hebrides.

Rich in Gaelic heritage, with 43% speaking the language, your stop here affords a chance to visit the Lewis War Memorial, dedicated to those who lost their lives in World War I, as well as Lews Castle, a Victorian, Category A-Listed castle that’s now a bilingual museum and cultural centre. Sample Stornoway black pudding, a local delicacy protected by the European Union, after inferior puddings were being marketed elsewhere as ‘Stornoway Style’. 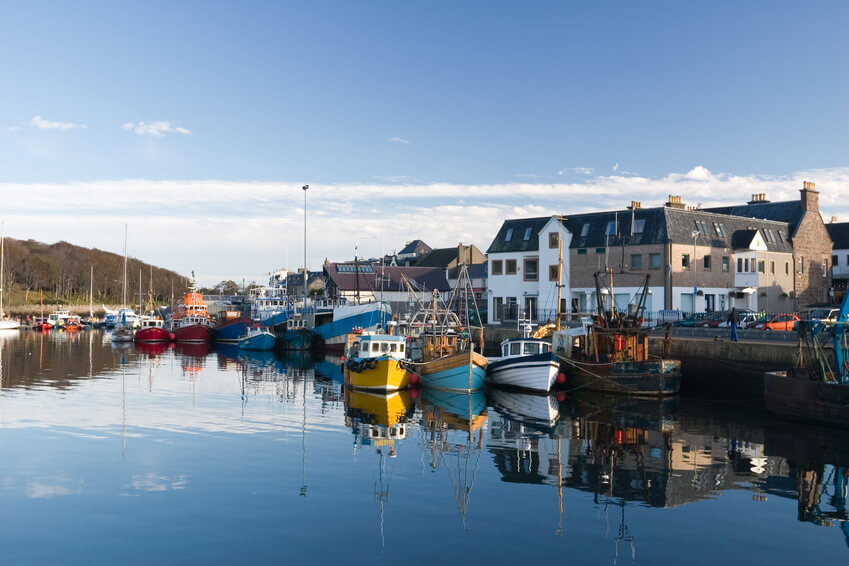 Though Viking presence was minimal here, we’d be remiss not to mention the stunning scenic beauty of Loch Ewe. Lauded as one of Scotland’s most beautiful locations, it’s home to Inverewe Garden, a treasure of unmatched Scottish nature, complete with exotic plants, a palette of vivid colours and delightful wildlife to discover by helicopter or submarine.

Similarly, St Kilda is host to more unique animal life, with the world’s largest colony of guillemots, the oldest and largest colony of fulmars, and Britain’s biggest puffin colony making up its spectacular nature reserve. Remote and distant, St Kilda’s edge-of-the-world ambience is a one-of-a-kind location you have to experience while you’re here.

By the time you reach Iceland’s beautiful capital, Reykjavik, you’ll have mirrored the path taken by some of history’s fiercest but most exceptionally pioneering civilisations. It’s a trip into an enigmatic world both past and present that’s a treat for anyone fascinated by these iconic warriors. If the Vikings’ intriguing, world-altering path is one you’d love to follow, please visit our dedicated itinerary page, here, or for booking information, call our helpful sales team on 0808 274 1366.