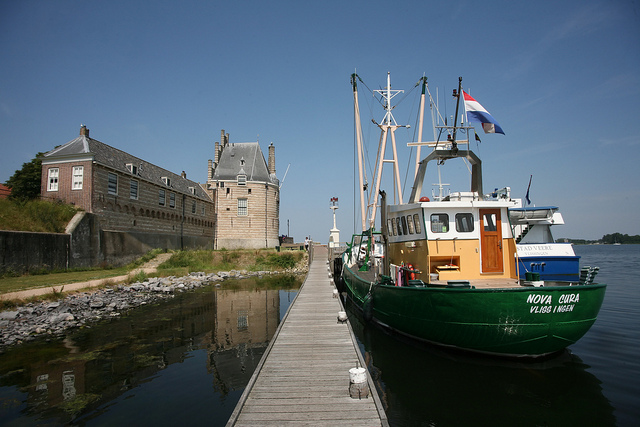 Tourist destinations in Europe are lauded each year for their conservation and sustainability efforts. The coastal community of Veere in the Netherlands has been given the Gold Quality Coast Award from the European Coastal & Marine Union (EUCC).

The Dutch city in the province of Zeeland was joined by seven other regional attractions on the island in the awards presented by the union. Veere was specifically awarded by the EUCC for creating and implementing a number of important and lasting measures to improve environmental friendliness. To increase sustainability, places around the island have banned cars in certain parts, have placed emphasis on using locally sourced goods to lower the effects of goods transportation to the island, and other measures to make the island more self-sufficient. They have also been recognised for barriers and protections offered to local landscapes.

The Netherlands has a long history of developing new ways to create sustainable living below sea level. The efforts in Zeeland were noted by the EUCC. Veere is visited by 4 million tourists annually, with its main attractions being its North Sea beaches and marinas. There is also a storm surge barrier on the Oosterschelde, one of the most popular visitor attractions in Zeeland and one you can see on one of our popular river cruises in Europe – the Dutch Sights and Belgian Delights cruise.

EUCC aims to encourage tourism destinations to improve their attractiveness for visitors interested in natural and cultural heritage, a clean environment, local identity and business involvement in sustainable tourism.

Quality Coast is a sustainability award for coastal communities, towns and islands. In areas that depend on tourism for their economies, governments and residents are developing innovative ways to keep their sites environmentally friendly.

The Quality Coast Award is an independent international certification programme.