Whether you have a fondness for an intricately structured Bordeaux claret, prefer the aromatic breeziness of a Rhineland Riesling, or like to linger over a bold Castelão ripe from the quintas of the Douro Valley – wine holds timeless appeal, and is an enduring favourite among curious epicures the world over. 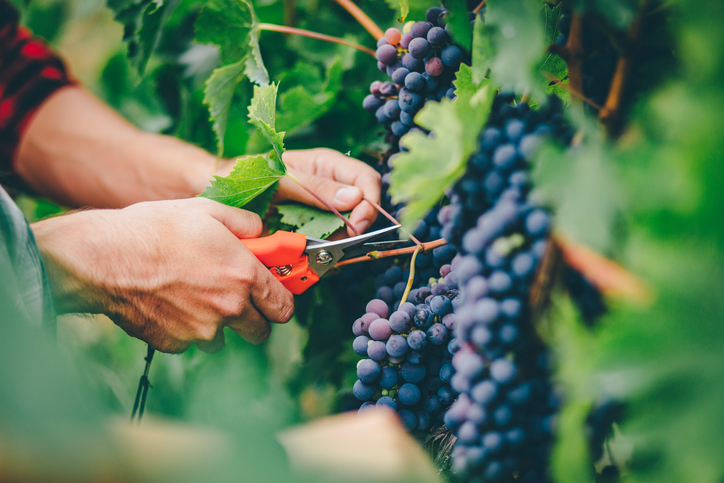 Join us as we explore a handful of the continent’s prestigious wine regions.

Navigate to the destination of your choice using the links below, or continue reading for our full and complete guide to the glorious grapes of Europe.

Stretching over 120,000 hectares across the ancient Gironde department of western France, Bordeaux is one of the world’s largest wine-making regions, producing over 500 million bottles each year.

While much of Bordeaux’s wine output comprises everyday table wines, the region does produce some of the world’s most revered and expensive varieties. Indeed, this was the place where, in 1855, the Official Classification of Wine first appeared, a move which saw Bordeaux’s illustrious reds classified into categories, or ‘crus’, depending on when, where and how they were grown and produced.

South-eastern France boasts some of Europe’s most iconic wine regions, from the sun-kissed terroirs of Provence to the Gamay-dominated terraces of Beaujolais. Perhaps the region’s most esteemed appellation is Burgundy, a vast AOC sprawling over the beautiful valleys and hills of the Saône River basin, one of the main tributaries of the mighty Rhône.

Covering 29,500 hectares, Burgundy is a relatively small appellation, with fewer than 100 vineyards dotting the temperate limestone terroirs which spread west from the banks of the Saône.

Naturally, Burgundy is renowned for its excellent red wines, the majority of which are produced from Pinot Noir grapes, which take well to the region’s dry, chalky soils.

Located on the left bank of the Rhine between Bingen and Worms in Rhineland-Palatinate, the Rheinhessen is the largest of 13 ‘Weinanbaugebiete’, or quality wine regions, in Germany. The area, which was once part of the Federal State of Hesse, spans over 26,000 hectares, and has been used to produce old-world wines since Roman times, with King of the Franks, Charlemagne, encouraging wine production on the fertile banks of the Rhine throughout the Middle Ages.

Generally speaking, wines grown closer to the Rhine River are considered to be of a higher quality, and this rule of thumb applies to the entire Rheinhessen Weinanbaugebiete region.

As if the beauty of the Moselle Valley alone wasn’t enough to tempt a visit, the steep, emerald valley sides of this wonderful German waterway are terraced with grape vines. It’s here where you’ll find the world’s finest classic Rieslings, some varieties of which have been lovingly produced since 1435 – making the Moselle a mecca for white wine aficionados.

While other grapes are grown in the Moselle Weinanbaugebiete (typically Pinot Blanc, Pinot Gris, Auxerrois and Kerner), it’s Riesling which makes the region one of Germany’s best-known wine regions. Moselle Riesling ranges from bone-dry to soft and fruity, and, as with Rheinhessen, it’s generally thought that the closer to the river the grapes are grown, the more superior the outcome of the vintage.

The Douro Valley may not be among the household names of European wine, but it ought to be. Owing to Portugal’s ancient viticultural heritage, the wine-making processes of the Douro Valley have gone unchanged for generations, adding to the charm and appreciation of Portuguese wine. A visit to a traditional quinta winery being among the must-see highlights of a trip to the Douro Valley.

The unique micro-climate of the Douro Valley lends itself perfectly to big, earthy reds which are as close to a meal-in-a-glass as you’re likely to find in the old world. The easy ripeness of the Douro’s wine grapes is such that the region has become a centre for port, with many varieties of over-ripened Douro grapes used to produce smooth, rich and intense fermented wines.

Wine lover or not, a river cruise is the perfect choice for those wishing to sample the very best in local produce on the fabled waterways of Europe. To browse our full collection of river cruises departing in 2018, visit the homepage or call us today on 0808 274 1366.