Long heralded as Australia’s second city, Melbourne is a vast urban district spilling forth from the banks of the bay of Port Phillip.

Diverse and cosmopolitan, few cities on Earth provide such a colourful cultural showcase.

Melbourne skirts the Dandenong and Macedon mountain ranges, as well as the sun-kissed grasslands of Mornington Peninsula and the illustrious Yarra Valley — giving inhabitants and visitors alike ample opportunity to savour the best of both town and country on Australia’s south-east coast.

If you’re travelling to Melbourne on a luxury escorted tour with Scenic, our in-depth guide can help you get the most from the city – whether you plan to see the sights or explore its celebrated culinary offering.

Melbourne has one of Australia’s most recognisable skylines, with a blend of historic architecture and sweeping skyscrapers jostling for space alongside the beautiful Port Phillip coastline. Discover some of the city’s must-see architectural highlights below. 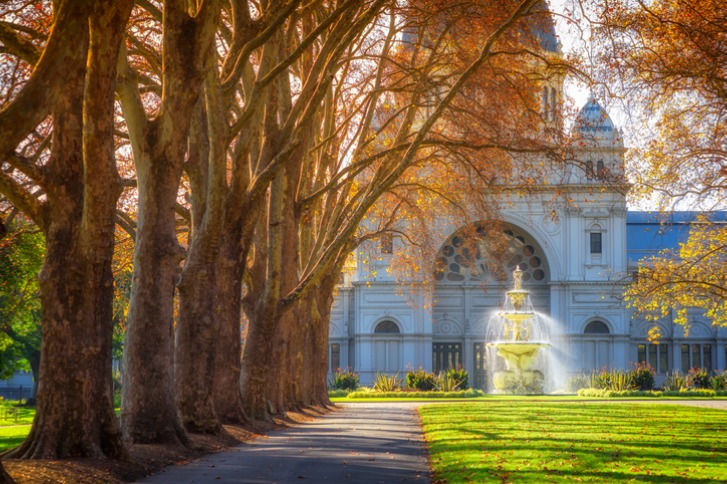 Nowhere else in the world will you find a development quite like Melbourne’s Federation Square. A traditional public square on the banks of the Yarra River, the site doubles as a multimedia arts and exhibition space, with theatre seating and a giant screen for performances and events. Interactive art installations are commonplace across Federation Square, and there are also a number of cafés and bars skirting the site. What’s most impressive about the square is that a large portion of it is built directly above one of the city’s busiest rail transport hubs, making it truly one of the most architecturally-varied public spaces on Earth. 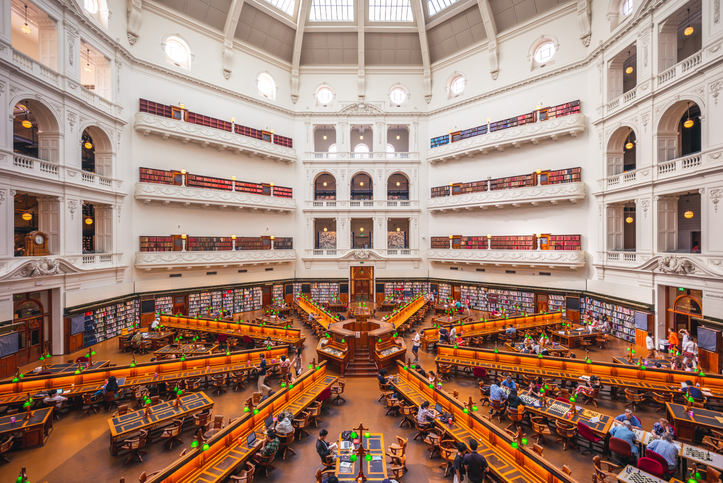 Housing some two million books beneath its century-old dome, the State Library of Victoria is Melbourne’s most vital cultural institution. Having inspired many of the country’s greatest minds, Melbourne’s State Library has come to typify Victoria’s cultural ferocity. The highlight of the library is without question the domed Reading Room. Opened in 1913, this extraordinary space can seat 600 readers, and is thought to contain over one million books, including the personal diaries and folios of Captain James Cook, John Pascoe Faulkner and John Batman.

A whole stay in Melbourne could be spent exploring the city’s incredible culinary offering, which includes everything from pan-Asian to fine gourmet. Discover some of the dishes that are beloved by locals in Melbourne.

Melbourne is renowned for its plentiful seafood, and one of the most popular dishes to try at restaurants and street food vendors is salt and pepper calamari. This is an Australian take on a classic Cantonese dish, with the squid coated in a light salt and pepper batter and served with a spicy sweet chilli sauce.

Where to try it: Enjoy the authentic taste of salt and pepper calamari at Hawker Hall, a pan-Asian eatery at the end of Melbourne’s famous eating and drinking thoroughfare, Chapel Street.

Pie floater may not sound like the most elegant cuisine, nor may it look it, but it’s a Melbourne institution whose origins are rooted in the British settlers who arrived here in the 19th century. Essentially comprising of a meat pie tucked away in a pea soup, it’s a strangely delicious dish that’s a popular street food favourite, with varieties including beef, deer and kangaroo.

Where to try it: Most pubs in Melbourne will serve up a version of pie floater, but one of the most iconic places to try it is Young and Jackson Hotel, which was first established in 1861.

Anzac biscuits are famous throughout Australia, and continue to be served in most bakeries despite being first popularised ahead of WWI. The Anzac biscuit was developed to provide travelling soldiers with a hearty and satisfying snack on the go. They normally contain oats, butter, coconut and golden syrup, and they provide a delicious mouthful as you explore the city.

Where to try it: Pop into any bakery in Melbourne and you’ll find the ubiquitous Anzac biscuit. We’d recommend the CBD Bakery on Melbourne’s famous Bourke Street.

Would you love to explore Australia’s cosmopolitan heart in Melbourne? Many of our luxury escorted tours to Australia include a visit to this exciting and diverse city. Download our brochure to browse the collection or call our team on 0808 271 8269.